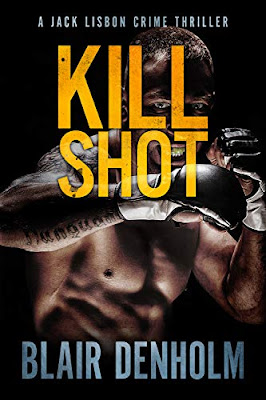 Synopsis/blurb....
When only one brand of justice will do...
A body found in the mangroves, mutilated beyond recognition.
What at first appears to be a crocodile attack is soon established as a shocking murder.
Can ex-boxer Detective Sergeant Jack Lisbon solve the mystery before the sleepy town of Yorkville goes into total meltdown?
When a popular MMA fighter disappears, police now face a possible double homicide. The list of suspects grows longer, but no one in the closed fighting community is talking.
Join DS Lisbon and his partner Detective Claudia Taylor on a heart-thumping ride through the steamy tropics of Northern Australia as they hunt for a killer out of control.
My second outing with Detective Sergeant Jack Lisbon after the introductory novella Fighting Dirty saw the ex-London cop relocating to the other side of the world. Kill Shot is a near 250 page long novel which offers more time in the company of the seemingly reformed cop; a man who left London in disgrace. He's cleaned up, gotten his act together and is part of a formidable investigative double act with partner Claudia Taylor.
Here we have a suspected murder, though mutilation by crocodile seems to cloud the issue, a missing person, and the murky world of MMA, gyms, drugs, fighting, rivalries, money woes, another body or two and a couple of cops - Lisbon and Taylor - trying to make sense of it, while one endeavours to stay sober, not break too many rules and re-establish some form of contact with his young daughter on the other side of the world.
I liked the book. There's an interesting crime to be solved. I enjoyed the backdrop of the testosterone filled world of the fighting circuit, with the competition between fighters and coaches, one which our lead cop understands with his own background as boxer.
There's a decent blend of backstory to Jack Lisbon and a balance between his personal issues and the case. He works well with his female partner and they make for an interesting team. Claudia is a strong character and mostly manages to curb Lisbon's reckless instincts in taking a few liberties with witnesses and procedure. Not always though.
The investigation is murky and blunted and struggles to make any real progress until some previously concealed CCTV footage cracks it wide open, albeit a tad conveniently. As it stalls, there's the added pressure of media involvement and ire with some bad press coverage - probably another unwelcome aspect to modern policing in a social media age.
Decent pace, enjoyable Australian setting with a blend of urban and rural as the investigation takes them out into the sticks, before Lisbon and Taylor with some assistance, get their answers.
Overall verdict - another enjoyable outing in the company of author Blair Denholm. 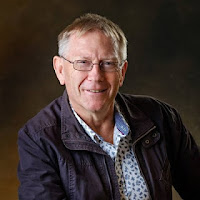