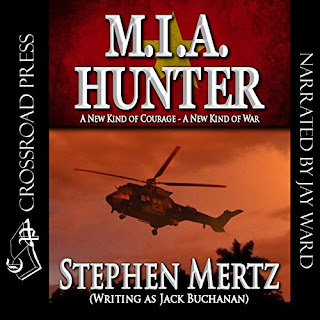 Synopsis/blurb....
A new kind of courage. A new kind of war.
Mark Stone has a score to settle. A former Green Beret, he has only one activity that gives meaning to his life - finding American's forgotten fighting men, the P.O.W.'s the government has conveniently labeled M.I.A.'s, and bringing them back from their hell on earth.
It's too big a job for one man. But Stone has friends. And with Hog Wiley and Terrance Loughlin-a merc from east Texas and a crack British commando - Stone returns to the steaming jungles of Laos on a do-or-die mission: to free a captured fighter jock from the sadistic commander who has sentenced him to a fate worse than death....
Best book ever? No, but one which I enjoyed for what it was - a bit of escapist nonsense, which reawakened a bit of nostalgia for the days when I read back-to-back-to-back books about the Vietnam War and I kind of thought - somewhat fleetingly admittedly - that Chuck Norris was a pretty cool actor.
Tense, exciting, fast-paced, adrenaline-fuelled and testosterone filled and I quite liked it. I was always fascinated by the conflict in Vietnam, perhaps unconsciously influenced by growing up in the 60s and undoubtedly seeing frequent news bulletins of the war on TV.
Later, as I was much older, one facet of the war which roused immense curiosity for me was the POW situation and the persistent rumours that sadly once hostilities finished, not all the prisoners were released.
The author here exploits that line of thought to the full. Mark Stone and his team, veterans of the conflict themselves are dedicated to bringing home those abandoned by their government and still languishing in hidden prison camps of Southeast Asia.
By way of Bangkok, and the set-up for the rescue attempt, the action moves to Laos and never falters. Stone and his team, rack up a rather improbable number of kills while undertaking their mission.
Improbable, implausible and unbelievable, but that said I was still entertained and enjoyed it enough to want to continue with whatever other books I have managed to hoover up on Audible in the future.
This is the first in a long series by "Jack Buchanan" which I believe was the pen name used by several different authors who contributed, including Joe R. Lansdale and Bill Crider. 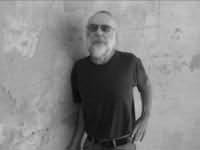