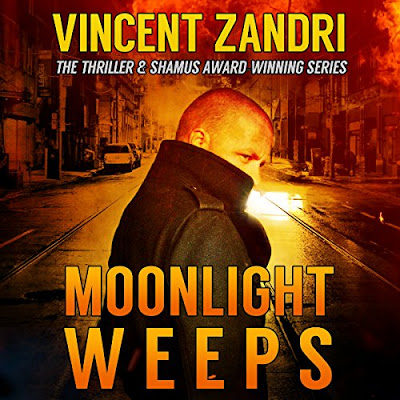 Synopsis/blurb.....
CAN MOONLIGHT AND HIS ELVIS IMPERSONATOR SIDEKICK SURVIVE A MURDEROUS GANG OF HOLLYWOOD OBSESSED RUSSIAN MOBSTERS?
Dick Moonlight can't help himself. Moonlight, the private detective known as Captain Head-Case due to the piece of bullet lodged in his brain, should be grateful for his current job. But when it becomes clear the cash-starved brain surgeon he's been hired to drive around is protecting his son from a rape conviction, Moonlight becomes disgusted.
Worse, when the charges turn into a case of "reckless murder," Moonlight's the only one trying to keep the kid from the electric chair, though the young lady - a state senator's daughter - clearly committed suicide. Then Moonlight and his unwilling assistant, a fat Elvis impersonator who owes him money, stumble into a much bigger plot and are soon dodging Hollywood obsessed drug-running Russian thugs, corrupt government officials, and the specter of Moonlight's recently deceased girlfriend.
New York Times bestselling author Vincent Zandri delivers another fast-paced thriller in the ITW Thriller and PWA Shamus Award Winning Dick Moonlight PI series, offering readers plenty of wry humor, bullets, car chases, and Scarface references. For fans of Michael Connelly, Don Winslow, Joe Landsdale, Eric Beetner, Frank Zafiro and more.
Scroll up now and grab your copy today!
WHAT MAJOR AWARDS HAS MOONLIGHT WEEPS WON?
*****WINNER of the 2015 PWA Shamus Award for Best Paperback Original and the 2015 ITW Thriller Award for Best Paperback Original!*****
Moonlight Weeps was another one enjoyed back in December via Audible and was my second Vincent Zandri outing. It's the eighth book in a ten book series and while I liked it, I don't feel compelled to go and hoover up the other nine. I think I have the first in some format or other anyway - so the other eight then.
Dick Moonlight  - helluva name - is a PI with a damaged brain. He's never gotten over the loss of his dead girlfriend and that's about all I can really recall about him. Oh, he was an ex-cop and a lot of his former colleagues wouldn't wee on him if he was on fire. He blew the whistle on some police corruption a few years back. A bit of a straight arrow guy then.
Here he enlists a fat Elvis impersonator to assist in an investigation into a girl's suicide which the cops are trying to pin on his doctor client's son as rape, with culpability in her subsequent death.
A dirty Doctor, his crazed off-spring, mad Russian mobsters, dodgy politicians and plenty of drugs - for sale and for consumption.
I liked it. I enjoyed the narration by Andrew B. Wehrlen, who brings the character fully to life. There's plenty of action, humorous dialogue and banter - particularly between Dick and fat Elvis. There's fisticuffs, gun fights, a car chase and the odd sex scene.
Dick gets distracted as he keeps seeing his dead girlfriend wandering the streets. After getting sacked off the case and re-hired a few times, he eventually ends up in opposition to his former employer, trying to take down a drug ring. 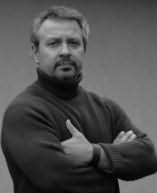