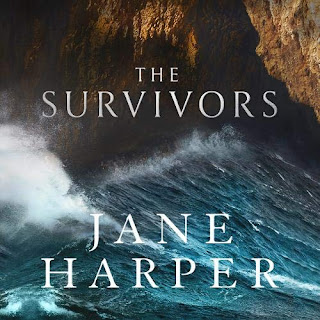 Synopsis/blurb ....
Kieran Elliott's life changed forever on a single day when a reckless mistake led to devastating consequences. The guilt that haunts him still resurfaces during a visit with his young family to the small coastal town he once called home.
Kieran's parents are struggling in a community which is bound, for better or worse, to the sea that is both a lifeline and a threat. Between them all is his absent brother Finn.
When a body is discovered on the beach, long-held secrets threaten to emerge in the murder investigation that follows. A sunken wreck, a missing girl, and questions that have never washed away...
My third outing with author Jane Harper after enjoying two of her previous three books - The Dry and Force of Nature. The Survivors is another gripping read, one which I kind of thought I had a handle on where it was heading and what had happened, but which ultimately showed me to be clueless as Harper neatly managed to outfox me.
Kieran Elliott, his wife and baby daughter return to the town of his childhood to help his mother with her relocation. His father has dementia or Alzheimers - I forget which and needs to be homed in order to provide the best level of care for him and allow his mother some respite. Kieran doesn't return home too often.
Home is a painful place, full of unresolved grief and guilt and trauma, which affects not just Kieran, but his family, his childhood friends and the wider community. Kieran's brother Finn drowned along with a friend years ago, an event which Kieran bears responsibility for. Another event of a tragic nature occurred around the same time - read the book to discover what.
Barely back in town 24 hours and Kieran is already the target of some barely restrained hostility. A few more hours pass and a body is found on the beach - murder.
The book leads us through the present day police investigation and back into the past where we eventually discover what actually happened and it's connection to the killing which has just transpired.
I really enjoyed this one. I listened to it over a month ago on Audible and I was quite taken by the narration. I think it added to my enjoyment. Events, unless I'm mis-remembering are mostly seen through Kieran's eyes. He's a likable character. I wouldn't class him as damaged because of events of the past, but I would say it has affected his relationship with his parents. The loss of his brother was never really discussed openly and it has sort of festered, like an untreated wound. There's no rejection or rift as such, it's just the bloody big elephant in the room. His father's condition doesn't lend itself to a frank discussion and a baring of the soul. Reconciliation and forgiveness doesn't seem a likely prospect.
I enjoyed how the author developed the plot and relayed the tale. I'm a sucker for a kind of dual timeline narrative where we flip flop back into the past and forward to the present. There were a few likely suspects for the present day murder, which kept me on my toes guessing. Similarly I was sucked in by an event in the past, which had me patting myself on the back prematurely as I had everything all sorted and solved in my head. Jane Harper knew better.
Aussie crime, Aussie setting - tick.
Tragedy of the past, murder in the present - confusion, possible scenarios and happenings, secrets, misunderstandings - multiple suspects - plenty of intrigue - big tick.
Characters - well-developed, credible, interesting relationship dynamics, conflict, love, hatred, guilt, separation - big tick.
Outcome - satisfying, all questions answered.
Pace - worked for me. I probably enjoyed it more as an Audible book, than I might have done on the written page. I perhaps would have taken a lot longer to get through it and as a result it might not have had the same impact.
Length - okay. No real sense of padding or drag or boredom at any point. 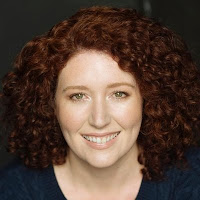