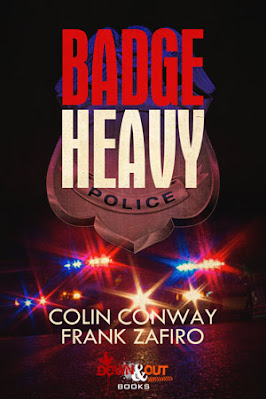 Synopsis/blurb.....
When the Spokane Police Anti-Crime Team (ACT) was formed, the expectation was that its efforts would make a dent in the city’s rising crime rate. In only its first few weeks of existence, the team has done even better than hoped for, racking up arrests and seizures of guns, drugs, money, and stolen cars. Everyone from the mayor to the citizenry seems happy with ACT’s swift results.
But there are darker agendas surrounding this team. Bonds of loyalty are being forged, secret schemes made, and suspicions are focused in all directions. In the midst of run-and-gun police work, officers will discover that not everything is as it seems. Who to trust becomes a life and death question for everyone involved.
In this third installment of the Officer Tyler Garrett saga, the stakes have risen even higher. Garrett seeks to solidify his position. Officer Gary Stone undergoes a surprising metamorphosis. Captain Farrell tries to bring the situation to a head. Rookie Jun Yang struggles to find her place, while Officer Ray Zielinski must repay a debt that threatens to land him in greater danger. Meanwhile, Detective Wardell Clint continues to gnaw at the bone of the case that has consumed him for almost two years.
Third installment of the four book Charlie 316 series from co-authors Colin Conway and Frank Zafiro and another cracker of a cop novel. I think what I enjoy about this series is the blend of on the street in your face uniformed policing, the investigative angle with the plainclothes detective trying to solve an ongoing case (albeit under the radar), and the depiction of politics of the job. There's a competitive hierarchy, there is jealousy and resentment, and secrets within the department. There's also the push back which the head of the PD gets from the Mayor as he strives to maintain his position of authority, fending off some scandals which have affected his council. There's conflict within the Spokane PD, as a hush hush undercover operation continues to try to flush out a corrupt cop on the Q.T.
Pace, character, action, personality, good cops, bad cops, rookie cops, jaded cops, teamwork, family fallout, union involvement, poor choices, career jeopardy, corruption, wrong-doing, surveillance, scheming, manipulation and at the conclusion of the book some high drama, which is kind of shocking, but also kind of expected, when taking into account the high stakes our main combatants are playing for.

The ending leaves things poised perfectly for the series closer - Code Four.
Lots to savour and enjoy. There's a sense of realism which comes through in the writing and perhaps is to be expected with both authors having a background in the police service. There's no whitewashing of the boys in blue, but rather a warts and all portrayal of a modern police force trying to do its best for its community. Good apples and the odd bad one, make for exciting reading!
4 from 5
The first two in the series - Charlie 316 and Never the Crime were enjoyed earlier in 2020. 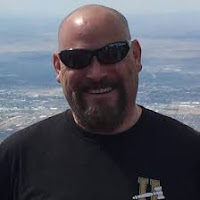