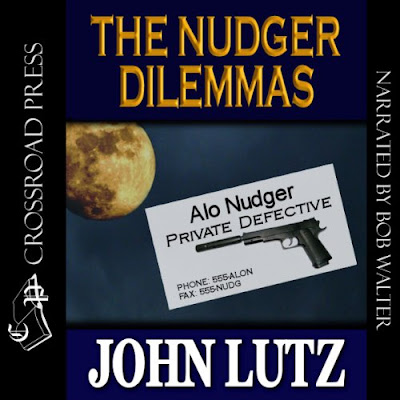 Alo Nudger, the St. Louis ex-cop whose office is just upstairs from Danny's Donuts, is both the most normal of all fictional private eyes and the most surprising. He's got an uncertain stomach he doses with nonstop antacids; he doesn't like guns or violence; and since he doesn't feel any special affinity for what he does, from nosing into people's dirty laundry to confronting perps with the consequences of their misdeeds, and makes more than his share of mistakes, it's only natural that his business cards identify him in typographical error as a private defective.

In the rest of these 13 reprints from 1978 to 2000, Nudger (Oops!, 1998, etc.), in the best shamus tradition, rarely begins with a murder case, though most of his investigations lead to murder sooner or later. Instead, he tracks missing persons, looks for witnesses who can alibi or exculpate his clients, checks out the credentials of people, like the young woman his smitten client's bus passes each morning in 'The Romantics', tries to figure out why a suicide he'd never seen before blamed his fatal plunge on 'Nudger in Before You Leap', or in perhaps the best and most characteristic of these stories, 'The Thunder of Guilt' - follows a client's wife whose suspicious behavior is covering something much worse than an affair.

It would make sense, in fact, to think of colorless Nudger as everlastingly following equally colorless characters with an endless supply of guilty secrets. The variety of opening gambits is complemented by Lutz's trademark prose, flat and fluid as a slithering snake.

Another enjoyable collection of short stories from John Lutz a month or so after reading Shadows Everywhere. All thirteen of these feature Alo Nudger, an ex-cop turned PI and all of them were agreeable..... not flat-out jaw-droppingly amazing, but interesting enough. If time, money and other books competing for my attention weren't such an issue I might be tempted to try a couple of the 10 or so novels featuring Nudger as the main protagonist.

What You Don’t Know Can Hurt You

Only One Way to Land

Where is Harry Beal?

The Thunder of Guilt

The Right to Sing the Blues

The Man in the Morgue

Through the course of the collection we get to know Nudger. Every story he's popping an antacid tablet for a squeasy stomach. It's nerves mainly, a constant condition which exposed how ill suited he was to a police career. He has a girlfriend, one who is largely absent from these stories until the last one. He's dependent on his ex-cop partner - now a detective - for information on people and current police investigations, and very often back-up when his cases are reaching a conclusion.
Nudger's not a violent man, he's avoids trouble or violence wherever possible, but neither is he a coward. He confronts his suspects when he wants answers. He drinks moderately - no PI cliche here. He's not rich. Character traits - doggedness, determination and intelligence. He's a keen investigator - he gets answers pretty much all of the time.
We encounter...... Jazz musicians, a death row client (by proxy), a war hero, a failed Kamikaze pilot and the high seas, nursing home scams, hidden and mistaken identities, political corruption, crappy coffee, stinking donuts and more.

Overall I liked the collection. 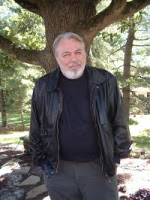 John Lutz has been enjoyed before - Shadows Everywhere, The Truth of the Matter  and The Eye which was co-authored with Bill Pronzini.