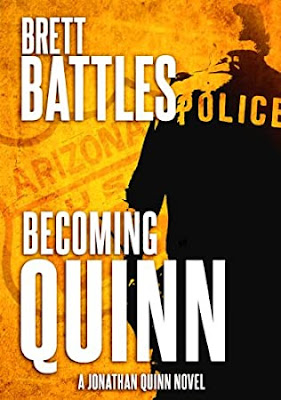 Synopsis/blurb....
From USA Today bestselling author Brett Battles comes the origin story to the Jonathan Quinn thrillers.
Most careers begin with an interview and a handshake. Others require a little … something more.
Meet Jake Oliver. The day will come when he's one of the best cleaners in the business, a man skilled at making bodies disappear.
At the moment, however, he’s a twenty-two year old rookie cop, unaware his life is about to change.
In a burning barn a body is found—and the fire isn't the cause of death. The detectives working the case have a pretty good idea about what went down.
But Officer Oliver thinks it’s something else entirely, and pursues a truth others would prefer remain hidden—others who will go to extreme lengths to keep him quiet.
Every identity has an origin. This is Quinn’s.
My first taste of Brett Battles and his series character Jonathan Quinn. Battles is an author I've managed to ignore for a fair few years after buying and not reading his debut novel, The Cleaner a good while ago. (15 actually) More fool me.
Quinn isn't Quinn yet; he's Jake Oliver, a patrol cop and he's a nosey so and so and his smart instincts are about to land him in a heap of trouble.
At a crime scene which has been set up to look like something it isn't, our man picks up the little hinks in the cover up and after doing a bit of snooping and creative investigating he has an inkling as to what's gone down. A day or two later and he has a photo of a couple of men he thinks were responsible for murder.
Bringing it to the attention of his superiors, instead of praise he's handed his ass. He's also painted a target on his back, his meddling having come to the attention of the network who organised the operation. His meddling comes at a high cost to one of his friends in the police service.
I had great fun reading this one. I quite like the one man against the machine type of scenario. Jake is a target only he doesn't know it. Fortunately for him, the cleaner (name forgotten, having read this a month ago) responsible for the semi-successful (the target is dead), but botched (someone is onto them) operation, is having a bit of friction with his handler and one of his teammates. He also thinks the young cop, having put things together from starting point zero, might be a worthy ally if he can bring around to a certain way of thinking.
Interesting characters, interesting set-up and plot. I like conspiracies and black op books with renegades working in the shadows and blurring the lines between the good guys and bad guys. I enjoyed the conflict in the book, especially the resistance Jake felt to his future mentor and the eventual alliance that sprang up between them. 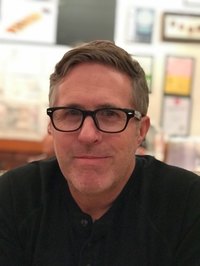