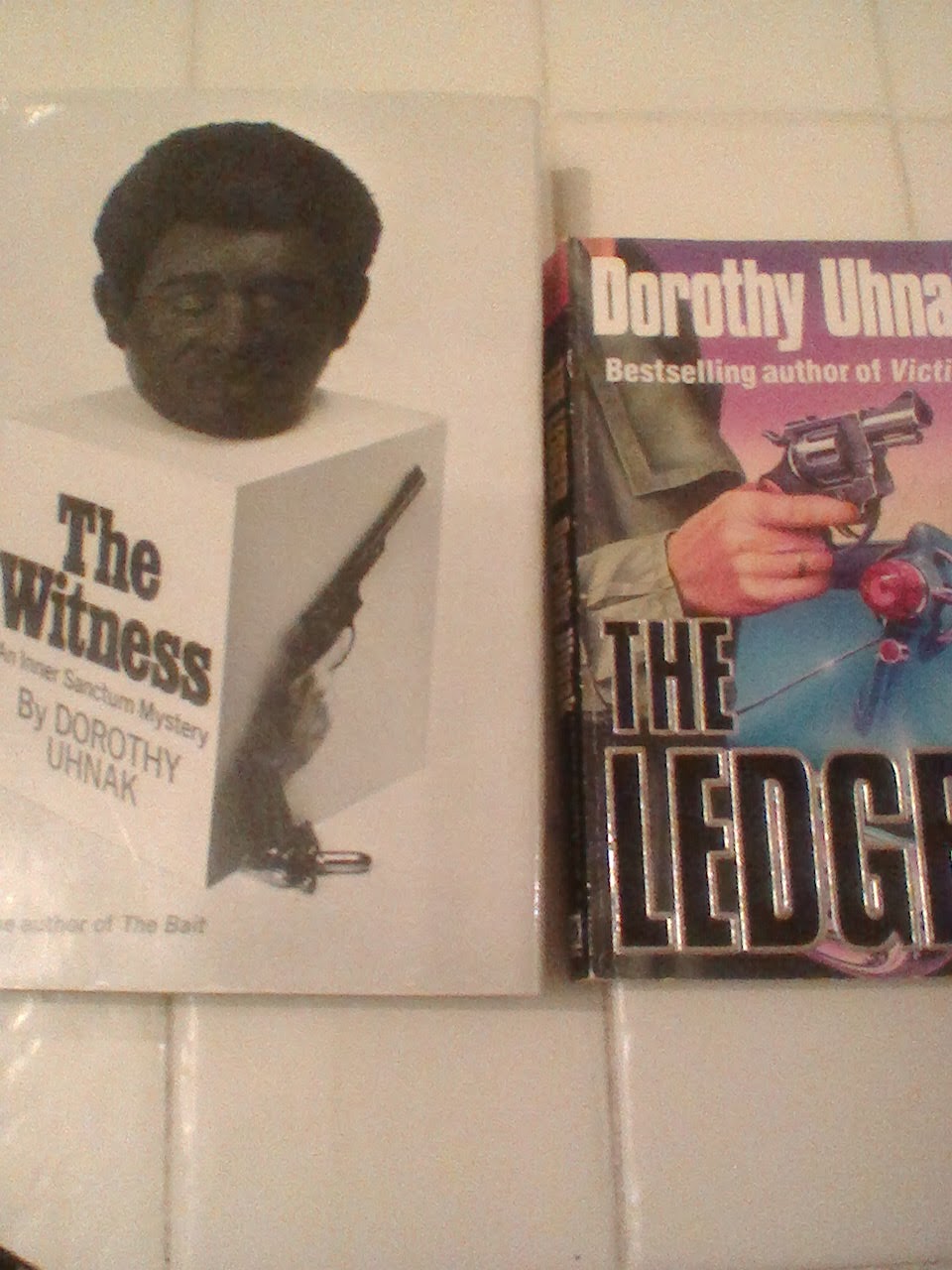 2 more from the library this week!

Dorothy Uhnak is an author that has interested me for quite a while now. She was a serving police officer with New York City’s Transit Police for 14 years.

After the 1964 publication of her autobiographical account of her time in law enforcement – Policewoman, she quit the police to write full-time. 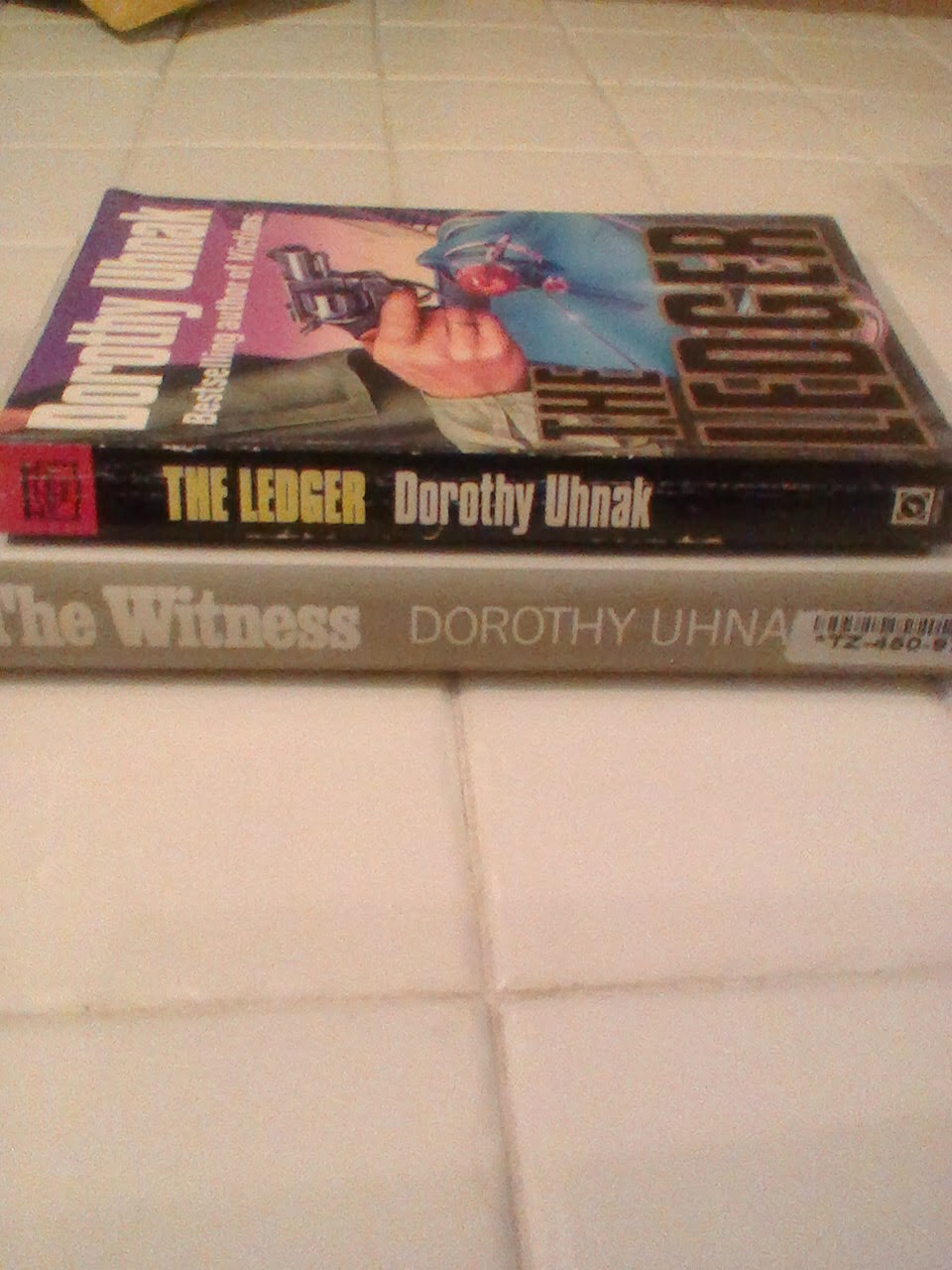 She has a short 3 series starring Christie Opara. These came out in the late 60’s and early 70’s. The first of these – The Bait won an Edgar Award in 1969. Other titles in the series are The Witness and The Ledger.

She wrote 6 further books, 2 more in the 70’s, 2 in the 80’s and 2 in the 90’s. Several of these were adapted for TV-movies, one of which starred Telly Savalas as Kojak. There was also a TV series  - Get Christie Love based on some of her work - never heard of it myself.

Sadly, she died in 2006, reportedly of a deliberate drug overdose. She's the only one who saw what really happened, but this cop doesn't plan to play by the rules . . .
Detective First-Grade Christie Opara, the newest addition to the district attorney's Special Investigation Squad, has just gotten her first assignment: to tail her boss's daughter.

As soon as she sees the police barricades and seething civil rights demonstrators, Christie knows a riot is about to explode. As things spiral out of control, a solid mass of blue uniforms bears down on the mob.

Minutes later, a young black activist is dead, apparently killed by a cop. But Christie saw a different shooter.

With the public demanding blood and law enforcement scrambling to contain the fallout, Christie must go mano a mano against a cunning killer. But another meticulously planned crime is about to go down, one that will send the city - and the NYPD - reeling.

Every crime has its price, but for one woman, the cost may be too high

Elena Vargas is a material witness to a homicide, the shooting of a foot soldier in an international mob cartel. But the sultry call girl and sometime-mistress of gang lord Enzo Giardino claims to have seen and heard nothing.

Desperate to make a case against Giardino, the district attorney offers Vargas protective custody in exchange for betraying her lover. But no one can make her talk. The case blows sky high when a ledger is discovered, naming names and detailing the operations of a criminal enterprise that stretches to the highest levels of government.

Going on nothing but gut instinct, New York Police Department cop Christie Opara uncovers something in Vargas's past that could give them the leverage they need. It's a secret that will reverberate in both women's lives as Christie edges closer to the truth about a mother and child . . . and an answer that has been there all along.
--------------------------------------------
I'll be interested to see how I enjoy this author. Female, hard-boiled.....just what the doctor ordered I reckon. I do have one of her last titles waiting for me from Net Galley which needs looking at soon.
Posted by col2910 at 23:15