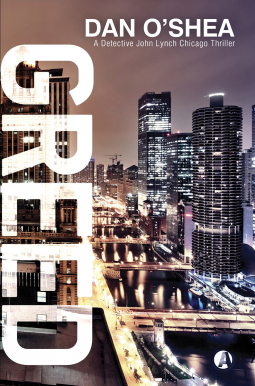 A taut US urban thriller by Chicago’s answer to Dennis Lehane. For fans of Lehane, C. J. Box & Jeffery Deaver.

Ex-Marine, Nick Hardin, heads back from a decade in Africa to his hometown, Chicago, with $100 million in blood diamonds stolen from an Al Qaeda’s financing pipeline. His retirement plan? To cash out through a Chicago Mossad contact and head for the beach.

But soon, Hardin’s stuck in Chicago with diamonds he can’t sell and a series of hit men, mobsters, and a Washington off-the-books black ops team on his tail.

The resulting body count leaves Chicago detective John Lynch trying to find connections among the victims, while simultaneously solving the murder of a dead infectious disease expert who’d drafted a biological weapons plan that could turn Chicago into a ghost town. 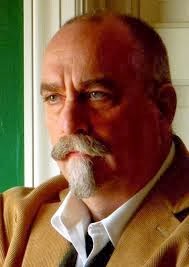 Dan O’Shea is one of my finds of the year so far. (Ok, it was late 2013 when he appeared on my radar – if we’re being picky.) Last month his debut novel, Penance scooped the much coveted, supreme accolade of Col’s Criminal Library January book of the month. This month his follow-up, Greed smacks it out of the park again and is a contender for February. Fortunately I still have his short story collection Old School to look forward to.

My Penance thoughts are here.

We are re-introduced to Detective Lynch and his partner, Slo-Mo Bernstein as well as a whole new cast of intriguing characters this time. I’ll give up on reviewing this thing coherently, because if I was to wax lyrical about every facet of this superb multi-layered crime marvel, I would be here for a month of Sundays and still wouldn’t be able to do it justice.

If you were to sit me down and pin me to the chair and force me to re-read this straight away, I’d thank you. Not a dull sentence, paragraph, page or chapter in sight.

O’Shea deserves to reach a wide audience with this book, which was recently released by Exhibit A books. Up top in the blurb he is compared to Lehane, Box and Deaver, but having read two of the three, I’d disagree – he’s better!