JOHN BALL - IN THE HEAT OF THE NIGHT 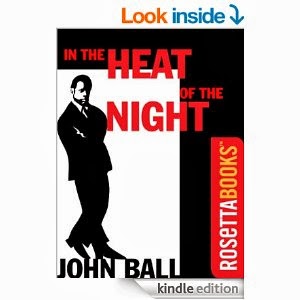 John Ball's 1965 mystery In the Heat of the Night tells the story of a black police officer named Virgil Tibbs who happens to be passing through a southern town at a particularly inauspicious moment. An orchestra conductor has been brutally murdered and the local police, without much in the way of real evidence, arrest Tibbs. On discovering that Tibbs is not the real killer but rather a highly-skilled homicide detective, the local police enlist Tibbs to help solve the case.

Several factors made (and make) this novel so very relevant and timely. For one, the hero is a black police officer, which at the time the book was written was not a very common figure in popular culture. Tibbs's investigation leads him through the backwater town and exposes him to different forms of prejudice harbored by the townspeople. His urban sophistication and his California background also rankle the townspeople. A major accomplishment with this novel is that author John Ball refuses to discredit one stereotype by merely adopting another. He deftly manages to write a novel about prejudice and stereotype set in a region of the country where ignorance and racism cause terrible suffering, but avoids making the mistake of depicting every Southerner as ignorant or racist. Just as the portrait here of Virgil Tibb's topples some peoples' notions, portraits of some Southerners in this novel do the same.

In the Heat of the Night stands as a classic pop culture document. It is also winner of the Edgar Award from the Mystery Writers of America as well as the Crimewriters' Association's Golden Dagger Award, and it was named one of the hundred greatest detective novels of the century by the Independent Mystery Booksellers Association. The book's main character, Virgil Tibbs, also appears in The Cool Cottontail and Johnny Get Your Gun as part of the Virgil Tibbs mystery series. 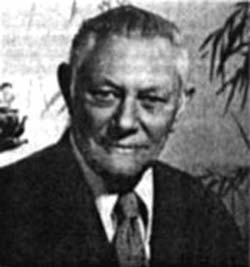 John Ball wrote over thirty novels during his career including mysteries, war novels, adventure stories, but his reputation as a novelist is based on his first work--the 1965, In the Heat of the Night. While under considerable pressure from his publisher to make a change, Ball insisted on keeping the leading character in his novel a black man. Ball made the right decision and the book garnered him much praise for progressive thinking and a keen understanding of racial prejudice. Ball wrote other books that featured the hero of In the Heat of the Night, detective Virgil Tibbs, including The Cool Cottontail(1966), and Johnny Get Your Gun(1969). Later in life, Ball worked as a part-time police offer in Los Angeles and also trained in the martial arts. He died in 1988.

Once in a while you come across a book that makes you stop and consider the world you’re living in and whether things are better now than they were in the past.

Ball’s debut novel from 1965, takes us back to a period when skin colour was an important measurement in how society viewed a man and how the laws of the land regarded him. In certain areas, particularly the Southern parts of the states, if you knew a man was black; well ......that pretty much told you all you needed to know........ less intelligent, less capable, less trustworthy - less of a man.

Within the space of a couple of hundred pages, Ball dismantles that notion with an intelligent murder mystery that gives us a cool, capable, black lead in Virgil Tibbs. We have the murder of a music conductor who is in town to promote a concert that will hopefully re-invigorate the town’s finances and prospects. Shortly after the discovery of the body, Tibbs is picked up in the railway station, about to depart town. With his black skin colour, he is immediately under suspicion. After establishing his credentials as a Californian homicide investigator, Tibbs is advised to leave town.

After some interference from a councilman and against the better wishes of the inexperienced and out-of-his depth police Chief Gillespie, Virgil is retained to advice on the homicide investigation – a patsy for everyone if the killer isn't caught.

During the course of the investigation, Tibbs manages to impress Gillespie and his officers, particularly Sam Wood, forcing them to re-consider their prejudices towards him because of his black skin. Their level of self-awareness of “race” throughout the book was high, but the shift in their attitude by the end was remarkable, but believable.

This was a superb read mainly for the way Ball handles the race issue which is the main theme throughout. The mystery element was secondary to this in my opinion, though it was interesting in how the resolution played out. Another facet that was apparent to me and of interest was the difference in attitudes between South Carolina and the unseen but often-referred to California which Tibbs called home. That said, some of the inhabitants of Wells were more enlightened than others, in their attitude and outlook.

Prejudice is still with us, in many forms, though hopefully it’s a lot less prevalent than it was 50-odd years ago. In some small way, I guess John Ball has lent a hand in the progress society has made.

I should thank my friend Keishon at Yet Another Crime Fiction Blog who recommended this book to me. It is doubtful I would have read it otherwise. Her review is here. I am looking forward to reading more from John Ball with Virgil Tibbs the star of 6 further mysteries.

There was also an Oscar winning film of this starring Sydney Poitier, details here.

I got my copy of this recently on Amazon UK for kindle.

Update - Tracy has an excellent review of this on her blog Bitter Tea and Mystery. Here's the link.