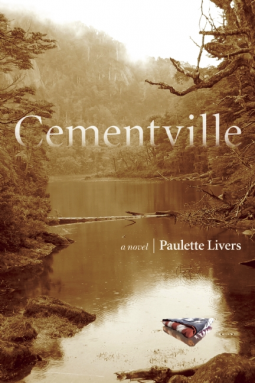 In late spring of 1969, a picturesque southern town is turned inside out by the deaths of seven young National Guardsmen in a single Vietcong attack. The return of the bodies sets off something inside the town itself—a sense of violence, a political reality, a gnawing unease with the future—pushing the families of Cementville into alienation and grief.
The town appears blind to the PTSD of Harlan O’Brien, POW and war hero, even as his horrific experiences bend his mind in terrifying ways. Giang Smith, the ‘war bride,’ has fled the violence of Vietnam with her American husband only to encounter echoes of it in her new home. Evelyn Slidell, the wealthy icon and a descendant of Cementville’s founders, is no stranger to what close-mouthed grief can do to a family. And members of the notorious Ferguson clan, led by the violent Levon and his draft-dodging brother Byard, share a secret despair of their own. Through one strange summer Maureen, the adolescent sister of a recently returned GI, attempts to document the changes happening to her town.
CEMENTVILLE speaks as a grieving community—already several centuries old—being born again in times of intense change. With the Civil Rights Act only a few years old, a restless citizenry divided over the war, and the Women’s Movement beginning to send tremors through established assumptions about family life, CEMENTVILLE provides a microcosm of a society shedding the old order, a story resonant with echoes of the issues of war and social change still being confronted today.
This was another new author for me, another debut novel and my first female read of the month. I had high hopes for this book and whilst there was a lot of characters that I enjoyed reading about, unfortunately this book just didn't set me on fire. I have read a lot of books in the past, both factual and fiction about the Vietnam experience including the aftermath of the war. Books that have moved me and stirred something within, both fascinating and repelling in equal measure about the horror of a war a generation of American working class youth both black and white endured. (I’m not for one minute forgetting the horrors inflicted on Vietnam, the country and its people on both sides of the conflict. Nor those that continue to suffer today from the effects of 20 million gallons of Agent Orange.)

I mainly struggled with the cast of characters, at many points trying to reconcile, who was what to whom. I would partly blame myself for some of this confusion. Setting off with enthusiasm, I was kind of anticipating settling into a reading rhythm immediately, something which never happened. I wasn't immediately hooked, so consequently I didn't read at a pace that allowed me to gain familiarity with everyone – a self-perpetuating downward spiral ensued. The slower I read, the more distanced from the people and events outlined I felt and the greater my apathy and indifference and comprehension was, until finally it was a relief to finish. I would have benefited from a noddy guide to the cast of characters or a Ferguson family tree depicted at the front explaining all the branches of the clan as an aide memoire. 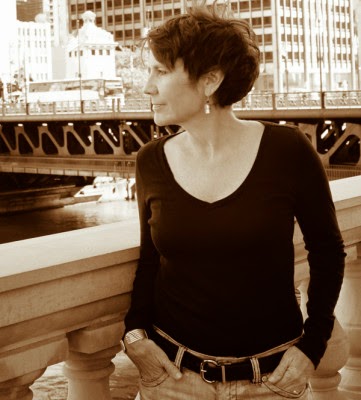 Cementville just wasn't the book I hoped for, but it was competing with a compelling rival read at the time. (My fault then!) Quite a few passages.........for example - the bus ride to the town undertaken by a couple of strangers and the realisation of where they were both headed and why - engaged and interested me, but overall I wasn't especially enthusiastic. The portrayal of the surviving veterans who returned to Cementville and their disconnection and remoteness from their families and community after their part in the war was over was convincingly depicted.

Towards the end, one of the characters is revealed to have been responsible for the murder of the Vietnamese woman, the rationale for this and other acts, I didn't really understand.

The fact that this would be considered more of a literary novel, as opposed to my usual fare of crime fiction, wouldn't explain my lukewarm response to it, I don’t believe.

Paulette Livers hails from Kentucky, so I will be ticking off this state on my US State Reading Challenge – 3 down, 48 to go!

Cementville is published next month by Counterpoint/Soft Skull Press.
Posted by col2910 at 21:37