Identity Thief was part-watched. I was enjoying it and I'm unsure if I fell asleep halfway through or whether we stopped it to view something else. Jason Bateman is funny and watchable and is easy on the eyes, in an I-don't-fancy-him kind of way. Melissa McCarthy is hilarious. I loved her in Bridesmaids, which is something my daughters have made me sit through a couple of times - don't tell them, but I actually like it!

Made of Honor is another rom-com with Patrick Dempsey in it. Ok as I stayed awake throughout so it wasn't too bad.

Miss Congeality 2 was on the box and was watched for the second time. I can't claim to be a big Sandra Bullock fan - she always seems like she's trying a bit too hard to be amusing, I much prefer Regina King in this.

One Day was watched and enjoyed for the second time also. I've read the book and enjoyed the film. I managed not to tear up at the critical moment, probably because my son burst into the room and we paused it, just as Anne Hathaway was happily cycling along.......

Holes was repeated on TV and this must be about the 6 or 7th time we watched it. My kids had it on video back in the day - it was made in 2003 and when we used to vote on what family film to watch this was always my choice. Henry Winkler aka The Fonz has a minor role. I do like Sigourney Weaver but my favourite is Jon Voight. I love to see him hamming it up in this as Mr Sir.

About Schmidt - this was one of my Christmas presents and we all liked it in our house. I enjoy watching Nicholson now more than I ever did when he was younger. His manic eyes and shark-teeth grin always used to make me feel a bit uncomfortable. I much prefer him as a lovable old rogue.

Sightseers - was the black, dark comedy-thriller of the month. A 2011 film from Ben Wheatley who also directed last year's slightly weird A Field in England which we watched in black and white.

TV was a mixed bag. The rest of the gang have been watching the new series of Silent Witness, which for some reason I can't seem to get into. I think I took a dislike to "Harry" in the old series and so I kind of mentally tuned it out. He's gone but I'm still not liking it. 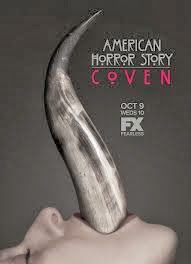 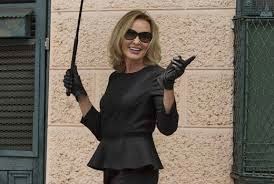 We caught up a bit on Bates Motel and American Horror Story series 2. I have sort of had one eye in a book and one eye on the TV during these. Jessica Lange is fabulous. 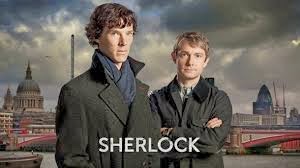 I might have seen the last episode of Sherlock in January. I do like Martin Freeman. I'll likely never read ACD again, so this will scratch any Sherlock itch.

Favourite new show is Brooklyn Nine-Nine - absolutely hilarious! Only 20-odd minutes long, but it tickles me - we've seen maybe 3 of them so far. 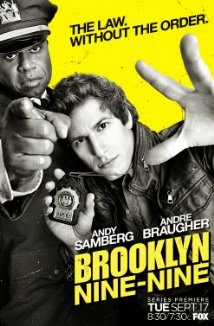