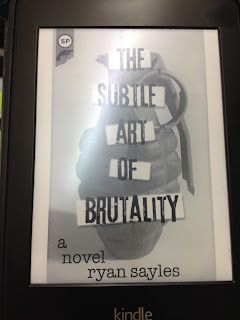 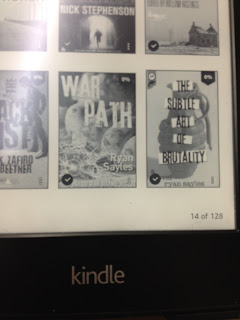 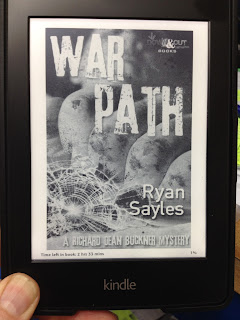 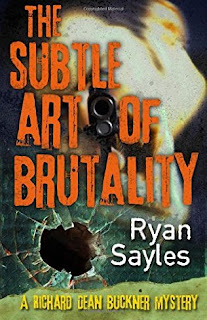 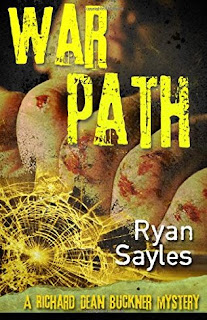 After a couple of months off from the task at hand, back again......


A Memoir of Thirty Jobs I Quit, Nine That Fired Me, and Three I Can't Remember

"Woman with a Blue Pencil is a brilliantly structured labyrinth of a novel--something of an enigma wrapped in a mystery, postmodernist in its experimental bravado and yet satisfyingly well-grounded in the Los Angeles of its World War II era. Gordon McAlpine has imagined a totally unique work of 'mystery' fiction--one that Kafka, Borges, and Nabokov, as well as Dashiell Hammett, would have appreciated."

--JOYCE CAROL OATES
What becomes of a character cut from a writer's working manuscript?

On the eve of Pearl Harbor, Sam Sumida, a Japanese-American academic, has been thrust into the role of amateur P.I., investigating his wife's murder, which has been largely ignored by the LAPD.  Grief stricken by her loss, disoriented by his ill-prepared change of occupation, the worst is yet to come, Sam discovers that, inexplicably, he has become not only unrecognizable to his former acquaintances but that all signs of his existence (including even the murder he's investigating) have been erased. Unaware that he is a discarded, fictional creation, he resumes his investigation in a world now characterized not only by his own sense of isolation but by wartime fear.
Meantime, Sam's story is interspersed with chapters from a pulp spy novel that features an L.A.-based Korean P.I. with jingoistic and anti-Japanese, post December 7th attitudes - the revised, politically and commercially viable character for whom Sumida has been excised.
Behind it all is the ambitious, 20-year-old Nisei author who has made the changes, despite the relocation of himself and his family to a Japanese internment camp.  And, looming above, is his book editor in New York, who serves as both muse and manipulator to the young author--the woman with the blue pencil, a new kind of femme fatale.

Maddie and Harry: she’s an estate agent, he’s a teacher. They’ll say they live in the Black Country. They’ll say how they met Jonathan Cotard, explain how they later argued, had a car accident, thought they’d killed someone. Thought they had. And as they search for a truth, they’ll tell us their secrets, their mistakes. And we’ll judge them. We'll judge Harry's fling with a schoolgirl and Maddie's previous life. We'll judge the nature of love and violence, good and evil. The Black Country. For Maddie and Harry, it’s darker than it should be.

Winner of the Tony Hillerman Prize, winner of the Spur Award for Best Western Contemporary Novel, and a finalist for the Edgar Award for Best First Novel, a debut mystery set in the Southwest starring a former rodeo cowboy turned private investigator, told in a transfixingly original style.

An ex-resident of Long Kesh and part of the blanket protest, to a conviction for armed robbery. His memoir ON THE BRINKS was pretty damn good!