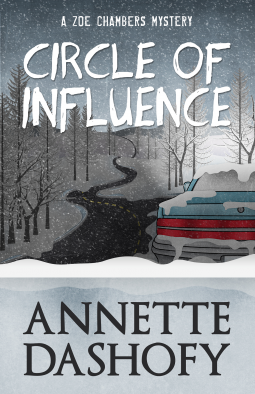 Zoe Chambers, paramedic and deputy coroner in rural Pennsylvania’s tight-knit Vance Township, has been privy to a number of local secrets over the years, some of them her own. But secrets become explosive when a dead body is found in the Township Board President’s abandoned car.
As a January blizzard rages, Zoe and Police Chief Pete Adams launch a desperate search for the killer, even if it means uncovering secrets that could not only destroy Zoe and Pete, but also those closest to them.

Part of the Henery Press Mystery Series Collection, if you like one, you'll probably like them all… 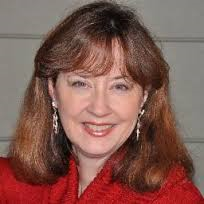 Annette Dashofy, a Pennsylvania farm gal born and bred, grew up with horses, cattle, and, yes, chickens. After high school, she spent five years as an EMT for the local ambulance service. Since then, she’s worked a variety of jobs, giving her plenty of fodder for her lifelong passion for writing. She, her husband, and their two spoiled cats live on property that was once part of her grandfather’s dairy. Her short fiction, including a 2007 Derringer nominee, has appeared in Spinetingler, Mysterical-e, and Fish Tales: the Guppy Anthology. Her newest short story will appear in the Lucky Charms Anthology (December 2013).

“The texture of small town Pennsylvania comes alive in Annette Dashofy's debut mystery. Discerning mystery readers will appreciate Dashofy's expert details and gripping storytelling. Zoe Chambers is an authentic character who will entertain us for a long time.” – Nancy Martin, Author of the Blackbird Sister Mysteries

This is my 7th read of the year and despite a 2014 resolution to increase the number of books I read that have been written by female authors, this is the first of the year to date. (I’ll have to sneak another in soon to keep on course for the 20-25% I’m aiming for.)

We have another debut book and another small town mystery, this time set in Pennsylvania. Our main lead is Zoe Chambers - a single lady. She’s a paramedic, often works nights, loves horses and is a good friend to many in her small town. We have Pete Adams, the head of the local police, a friend and sometime poker playing partner of Zoe. They could be more than friends though nothing has happened just yet.

Into the mix strides pantomime villain Jerry McBirney. McBirney is chairman of the township’s resident’s committee. He has some authority over the town’s finances and police department and he’s thick-skinned and hard-headed enough to implement and push through changes that may be beneficial to Jerry McBirney and less so to the folks of Vance Township. Jerry forces Pete to arrest his secretary, Sylvia over the misappropriation of an old council-owned computer, much to the ire of the town’s residents and Ted Bassi, Sylvia’s son. Later that night, Bassi is discovered dead in McBirney’s car.

McBirney is an immediate suspect in the enquiry, which Pete undertakes. Pete’s position though is somewhat compromised by the fact that Marcy, his ex-wife is none other than the current Mrs McBirney.  We now have another police force and detective involved – Wayne Baronick of the Monongahela County Police Department, much to Adams chagrin.

Our growing cast of characters further expands as we are introduced to Ted Bassi’s family - his children - Allison and Logan and his wife Rose. Logan, his son convinces Zoe that his dad’s death must be connected to McBirney’s obsession with the computer. Logan steals the hard drive from the PC and Zoe, with a previous unpleasant history with McBirney, against her better judgement agrees to help him try and prove Jerry’s involvement in the murder.

Circle of Influence was an entertaining read, populated by interesting characters in an intriguing small-town setting. I wasn’t totally blown away by this one, but was sufficiently engaged to consider trying the next book in the series when it comes out later this year. A little bit softer and cosier than my usual crime fiction fare, but nothing wrong with that.

I assessed this one via Net Galley. The book is published in March, 2014

I’ll be crossing off Pennsylvania on my 2014 USA State Reading Challenge now.