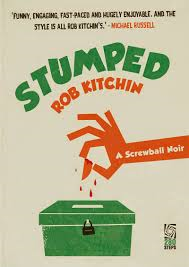 “...a unique combination of comedy, both gentle and black, and Grand Guignol murder and mayhem. The story is full of clever and convincing twists at every turn and is packed with characters, especially villains, drawn with an almost Dickensian colour and intensity. Funny, engaging, fast-paced and hugely enjoyable. And the style is all Rob Kitchin’s. Thoroughly recommended.”
---Michael Russell, author of THE CITY OF STRANGERS

It is election time in Ireland and a lot more is about to change for Grant, a new arrival from England, and his wheelchair-bound friend Mary, than their political representatives.
Their friend, Sinead, has been kidnapped, and her brother, Pat, has disappeared. Charged with tracking them down, Grant and Mary are soon caught between a vicious Dublin gangster seeking the return of a valuable package and an ambitious politician determined to protect a secret that might harm his re-election prospects. To make matters worse, when someone they confront is found floating face down in the River Liffey, Inspector McGerrity Black, Dublin’s finest rockabilly cop, is soon hot on their trail.

With election day looming and Sinead’s fingers turning up on a regular basis they race through County Kildare suburbia, Dublin’s saunas, Manchester’s gay village and rural Mayo, crossing paths with drag queen farmers, corrupt property developers, and sadistic criminal gang members, as they desperately seek a way to save themselves and their friends while all the time staying ahead of the law.

There must be something in a name, as the last book I read by a Rob was equally as absurd and comedic; on that occasion Stinking Rich by Rob Brunet. Absurd in a praiseworthy way.

So how was my second outing with Rob Kitchin, after Stiffed - read in the middle of last year?

Enjoyable and amusing without ever being in danger of falling off my chair from laughter.

Some of Kitchin’s characters were likeable and decent and dependable. Others less so, but all were interesting. I wouldn’t mind seeing his Inspector McGerrity back in a future investigation for starters.

Kitchin touches on a couple of uncomfortable issues…….sex and the disabled and sterotyping in respect of gays…… how people badge individuals as having certain qualities and failings based on their sexuality. Whilst in this case, he disassembles the prejudices by imbuing his gay characters in the main with admirable traits such as loyalty, bravery and selflessness; in regards to the politician portrayed he reinforces the perception…….corrupt, sleazy and motivated by self-interest. 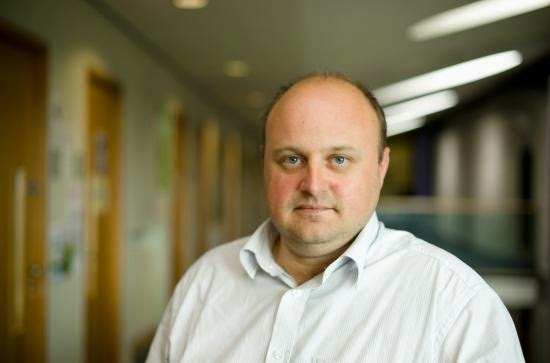 4 from 5…….but if I’m being totally honest, a fraction less enjoyable for me than the previous offering – Stiffed. Personal preference.

Rob Kitchin has a few other books available and his blog-website is over here – The View From The Blue House.

Thanks to Kjetil at 280 Steps for my copy of this.