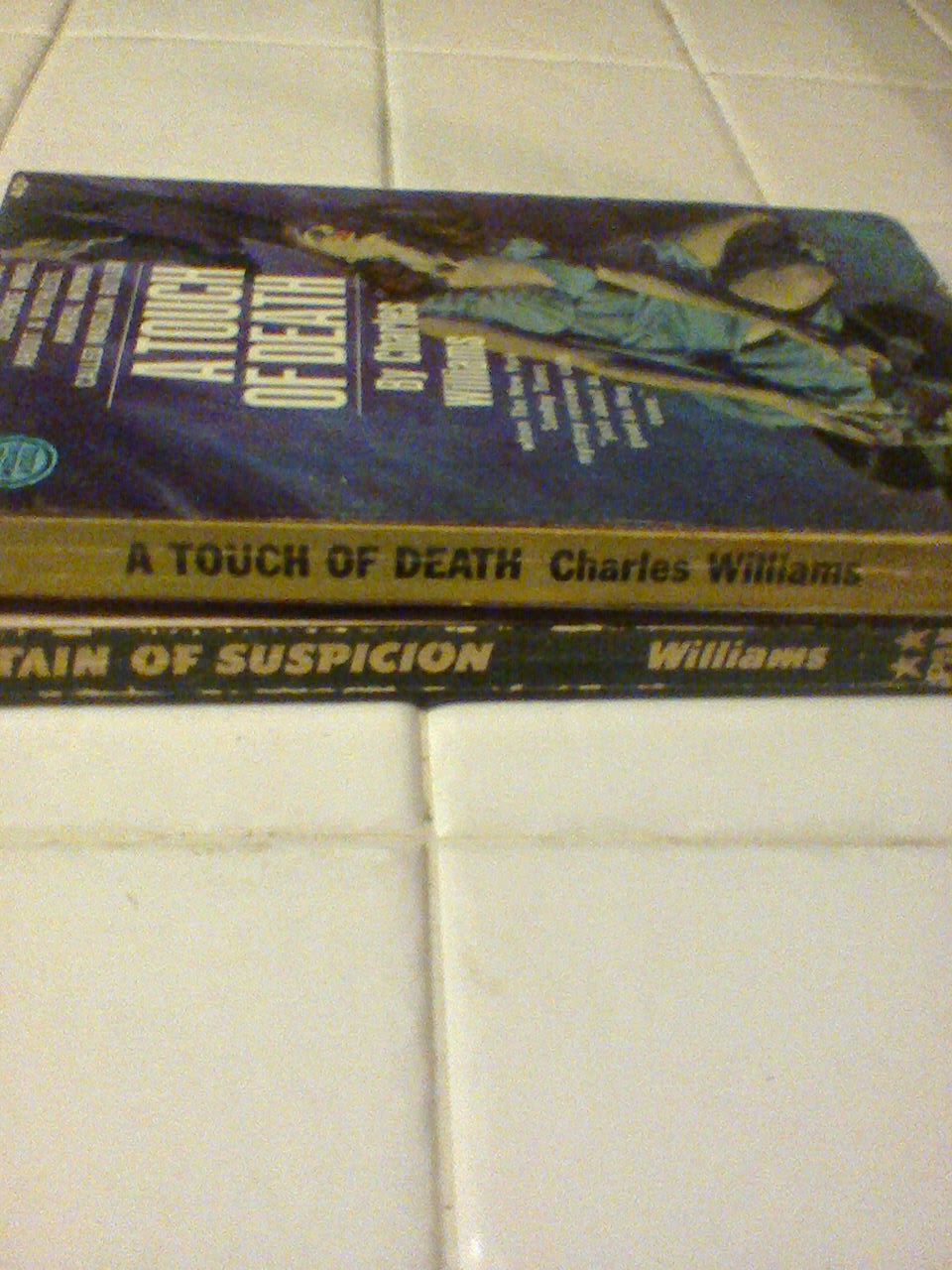 Charles Williams was an American hard-boiled author who was published from the 50's through to the early 70's. Author of over 20 books, a lot with a nautical theme, he died in 1975.

A fair few of his made it onto the big screen, most notably Dead Calm - the film of which got me interested in his books.

I think there is at least one of his books available free over on Munseys, if anyone fancies checking him out. 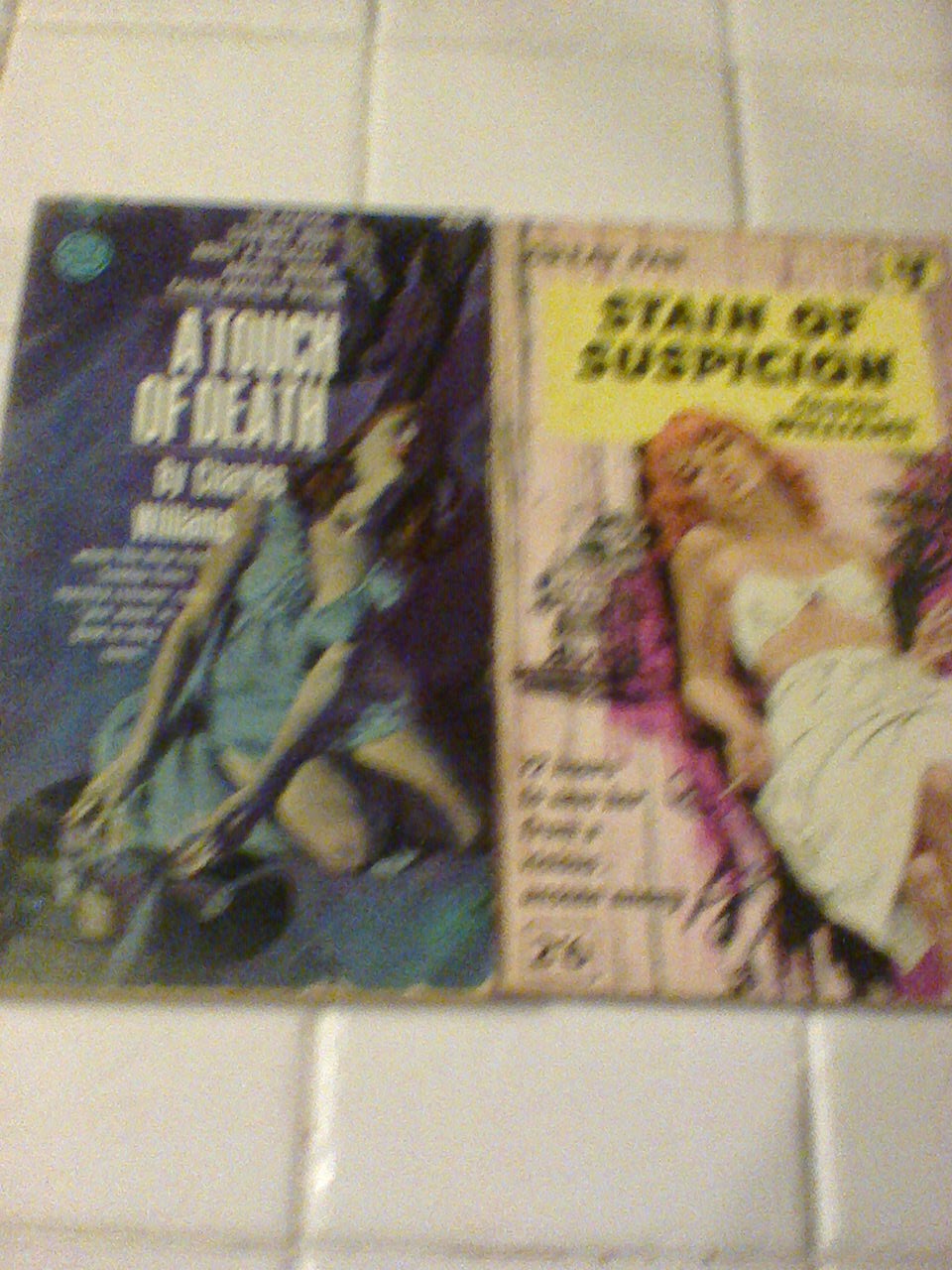 These two were originally published in the 50's. 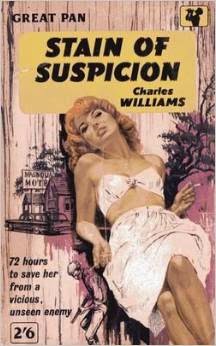 Stain of Suspicion (aka The Talk of the Town)

Stranded in a small town, a stranger falls for a suspected murderess

Bored, divorced, and unemployed, Chatham is on his way to the Gulf of Mexico when he passes through a small town by the river. It's a miserable little burg - four stoplights and not much else - and he's almost escaped it when a drunk's car darts out in front of him, causing a nasty fender-bender. The thought of three days waiting for his clunker to get fixed is a grim one, but though he doesn't know it, there won't be a dull minute.

Chatham finds hospitality in the lovely form of Mrs. Langton, motel owner and local pariah. Seven months ago her husband was murdered, and though the police could find no evidence to support the theory, everyone in town is convinced she killed him. Now a string of anonymous threats have left her close to a nervous breakdown, and the violence is about to become real. In a town this small there's no room for secrets, but plenty of places to bury a corpse.

A Touch of Death (aka Mix Yourself a Redhead) 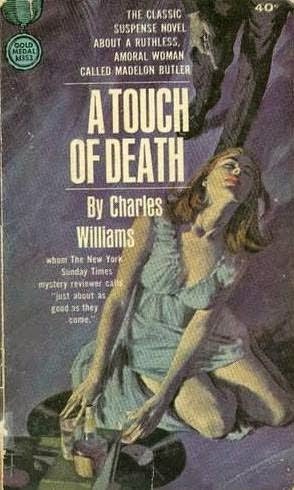 It Began As a Burglary - And Ended As a Nightmare

When Lee Scarborough came upon the brunette sunbathing topless in her back yard, getting involved in a heist was the last thing on his mind. But somehow that's where he found himself - sneaking through a stranger's house, on the hunt for $120,000 in embezzled bank funds.

It looked like an easy score. But one thing stood between him and the money: the beautiful and deadly Madelon Butler.
Posted by col2910 at 00:30