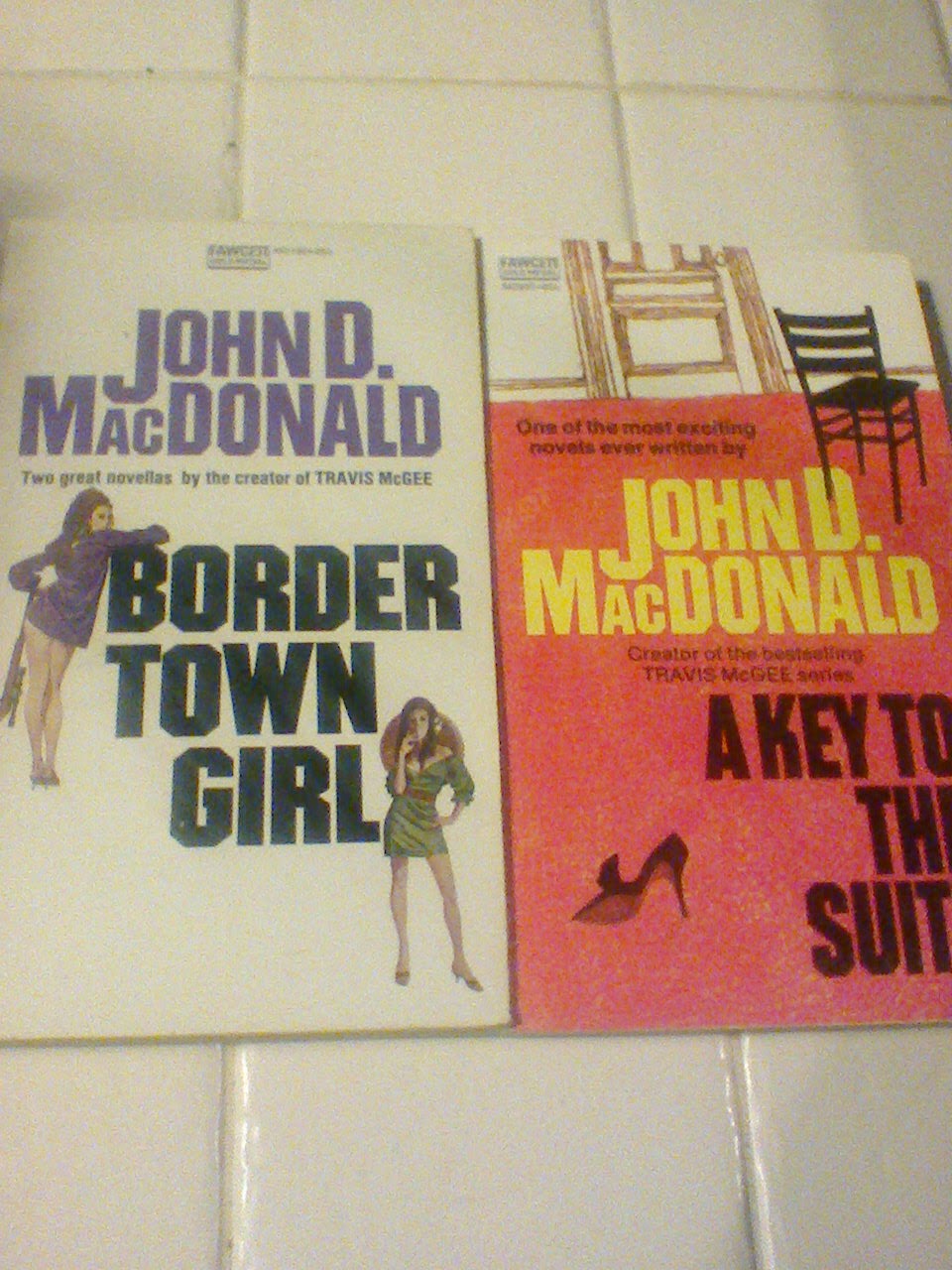 A couple of years ago I was working my way through the Travis McGee series by John D. before getting side-tracked after maybe the 5 or 6th book, or was it number 4?

Hopefully in the next year or two I will get back to it, or maybe these good looking stand-alones, acquired recently in a charity shop. How could I resist?

MacDonald wrote 21 Travis McGee novels and maybe 50 other novels as well as short stories. Either of these or Cape Fear which I know I have somewhere will probably be my first non-Travis MacDonald book. 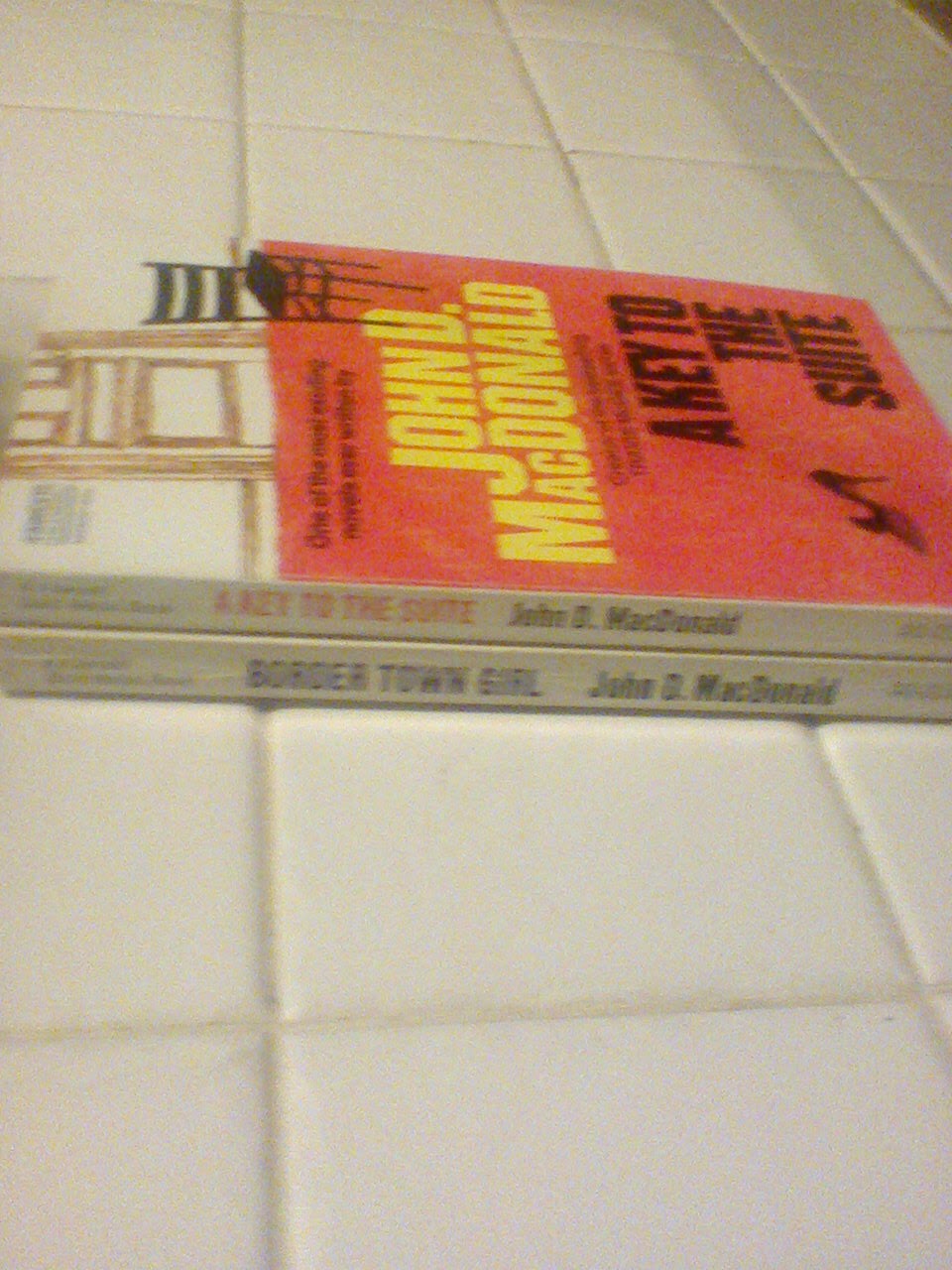 I've only taken notice of John D. MacDonald in the past four or five years, foolishly disregarding him for many years on the basis of ..... his books were old, how could they be any good? 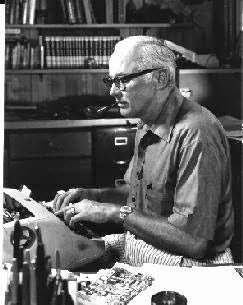 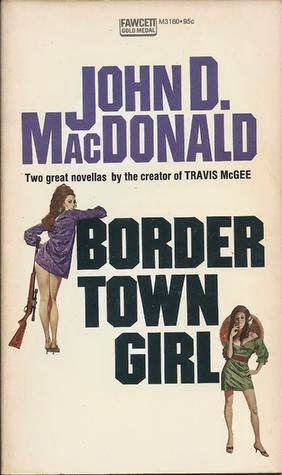 Border Town Girl, a two-novella anthology from crime writer John D. MacDonald, the beloved author of Cape Fear and the Travis McGee series, is now available as an eBook.

BORDER TOWN GIRL
In a different life, Lane Sanson was a famous war correspondent and a bestselling author. He had been somebody. Now he's a nobody, bumming around Mexico, lost, lonely, hungry for hope, a pushover for a border town B-girl . . . and the perfect fall guy for a lethal frame-up.

LINDA
As beautiful, as inviting, as treacherous as the sea around her, Linda is a woman who is used to getting her way. And if she doesn't get what she wants, she has no qualms using force to take it. But this time, her betrayals have gone too far for her husband - or the law - to ignore.

"The great entertainer of our age, and a mesmerizing storyteller." - Stephen King

"My favorite novelist of all time." - Dean Koontz 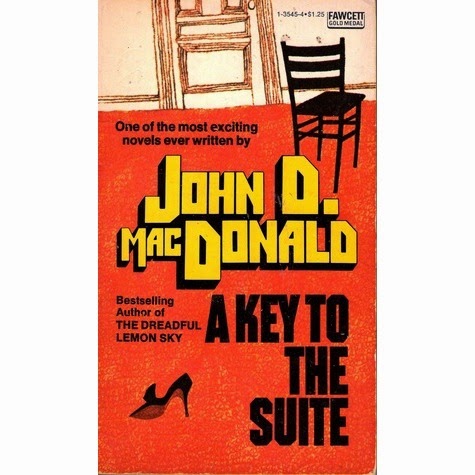 A master of the thriller turns his talent for riveting suspense to the world of business. In this bold novel, John D. MacDonald exposes the backstabbing and betrayals, sordid deeds and savage maneuverings that take place behind closed doors.

Floyd Hubbard arrives at a convention at a busy beach-town hotel with a mission from the top brass: ax a long-time manager in the sales team who has been slacking off for too long. Hubbard's a loyal company man, but his background is engineering, not cold-blooded corporate warfare. Little does Hubbard realize that the first grenade has already been lobbed - and he's the target.

Cory Barlund has heard more than her fair share of odd requests in her years as a high-class call girl, so this one's right up her alley: pose as a journalist, seduce a visiting executive, and embarrass him in front of his colleagues. But after a night with Hubbard, Cory's having second thoughts. Hubbard's a good man. She might be falling for him. And the real hustlers are the ones on the convention floor.

"My favorite novelist of all time . . . No price could be placed on the enormous pleasure that his books have given me." - Dean Koontz

"To diggers a thousand years from now, the works of John D. MacDonald would be a treasure on the order of the tomb of Tutankhamen." - Kurt Vonnegut

"John D. MacDonald remains one of my idols." - Donald Westlake