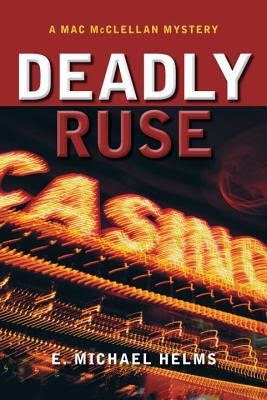 Mac’s girlfriend, Kate Bell, thinks she’s seen a ghost. Wes Harrison, Kate’s former boyfriend, supposedly perished twelve years ago in a boating accident. But now she swears a man she spotted in a crowded theater lobby is Wes. Mac has his doubts--it was only a fleeting glimpse. But to calm her shattered nerves, he starts making inquiries.

A clue leads him from his home in St. George, Florida, to a Texas orphanage. There he uncovers startling information that turns both his and Kate’s world upside-down. Diamond smuggling, sex, deceit, and murder are just part of the twisted tale that emerges from Kate’s earlier life. Using wit, grit, and the ingrained military training of a former Marine, Mac starts to fit the pieces of this scrambled puzzle together.

Further clues point to the Palmetto Royale Casino and Resort near St. George. He and Kate discover that the casino is a front for big drug deals. When they barely escape a murder attempt, Mac knows he’s on the right track.


But he better play his cards right–because losing this high-stakes game could cost him his life.

This was my second outing with author E. Michael Helms and his ex-marine, Mac McClellan after Deadly Catch back in September 2013. I enjoyed that introduction to the two main characters Mac and his girlfriend Kate, though the proliferation of “Dangs” in Kate’s vocabulary did jar with my sensibilities after a while…Dang this, Dang that……..Dang off!  (I’m happy to say there’s a lot less of them this time around!)

Our second adventure is equally as interesting, albeit requiring a slight suspension of disbelief as a chance encounter outside a cinema with a face from Kate’s past sets the pair off on a journey back in time to uncover the truth behind a capsized vessel at sea and the death of an old boyfriend.

Very soon the pair are immersed in a trail of blood diamonds, faked identities, an orphanage, a plane crash and another disappearance, drugs, car accidents, sex – straight and other, inheritances and a dodgy casino; as Kate questions everything she knows concerning her relationship with the undead Wes Harrison. Mac teams up with a friend of Kate’s parents and after some gentle persuasion decides to get himself licensed as an investigator. (the author with one eye on rolling out a continuing series with our main character? Fair play to him!)

Helms had me alternately squirming and laughing when Mac working undercover at the casino, finds himself somewhat uncomfortable when submitting himself to the manipulations of one of the attractive female masseurs at the resort, whilst gathering information! Does Mac rise to the occasion? Read it yourself and see! I wonder how much research our author had to personally conduct to portray the scene accurately - did the man suffer for his art?

Overall an enjoyable mystery with interesting characters and a mainly Florida setting which I liked. The action isn't over done with as much emphasis on Mac’s thoughts and behaviour. The little details Helms drops in helped sustain the likeability of the main character.

When he’s fishing and he catches more than he needs, the extras are kept for his elderly landlords at his trailer park. When he considers Harrison and Kate together, even though it happened a long time before he appeared on the scene, he suffers from irrational pangs of jealousy – typical man…..but again is serves to keep him real in my eyes. 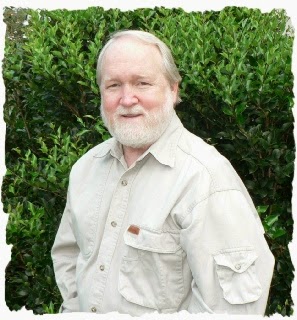 Roll on further McClellan adventures in the future!

Thanks to the publisher Seventh Street books for my copy of this one.