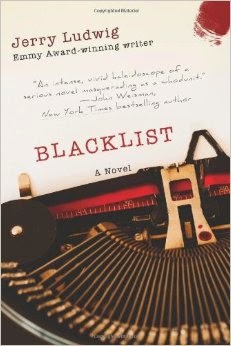 The last time the United States looked on its own citizens with suspicion, the results were ruined dreams, shattered lives…and murderin Jerry Ludwig’s Blacklist

Today, people point fingers and shout, “terrorist!” Not long ago, the accusation was “Communist!” Many who testified before the House UnAmerican Activities Committee said they did so out of desperation and fear. Those who refused to speak were fired or blacklisted.

Others fled rather than betray friends…or their belief in American liberty.

David Weber and Jana Vardian were Hollywood’s golden children; their fathers, successful screenwriters, mingled with stars and studio moguls. Then HUAC shattered their idyll, sending David and his parents into exile in Europe; Jana’s father testified and soon became a famous director.

Returning to Los Angeles as an adult to bury his father, David comes to the attention of FBI agent Brian McKenna. The somewhat jaded McKenna remains eager for a big case. Jana Vardian watched her father torture himself after testifying; David’s return painfully reminds her that she once believed in love and loyalty.

When people with ties to HUAC and to David’s father begin turning up dead, long-buried secrets are dragged into the open. McKenna quickly tags David as the prime suspect, but in a world where special effects can turn a man into a beast, Hollywood’s sheen of glamour cannot long mask its dark past.

I read this back in January and it is either my best read of the month or joint best along with Pascal Garnier’s The Islanders. Still deciding.

Our story is told from the three viewpoints of our main characters – David Weaver, son of our exiled blacklisted screenwriter – Teddy – recently deceased ; Jana – daughter of Leo, the screen-writing partner of David’s father and the man who co-operated with the HUAC committee and fractured the two families’ friendship. Lastly – G-Man, Brian McKenna – the man who assisted in the cattle-drive round-up of the HUAC witness gathering. Ten years after the initial pursuit of Teddy Weaver, McKenna is still working the Hollywood studios as the shadow of the blacklist still hangs over the film industry.

David wants a life back home, preferably with Jana if they can get over their troubled history. He’s not seen her for a few long years. McKenna wants a career boosting case to get him back in the big-time with his employers. Our players are on a collision course.

Never a dull chapter, page or sentence throughout, Ludwig absolutely nailed it for me. I was reminded of James Ellroy’s more readable LA novels – still some of my favourite crime fiction - before he became overly complex and convoluted.

I've decided, with apologies to Garnier – Blacklist best book of the month by a fair distance.

Highly recommended if you like a bit of reality and controversial and divisive history attached to your reading. 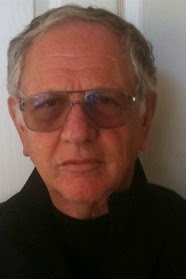 JERRY LUDWIG is a multiple-Emmy Award–nominated writer for television. He has been nominated for the Golden Globe and the Mystery Writers of America's Edgar Award for TV writing; he has also won the Writers Guild of America Award. Ludwig has written for Murder, She Wrote; MacGyver; Mission: Impossible; and Hawaii Five-O. Jerry Ludwig lives in Carmel, California.


Ludwig has penned a couple of other novels which I will have to look into, including Little Boy Lost (1979) (review - not great) and Getting Garbo (2004) A Novel of Hollywood Noir - 1950's Hollywood tale.

I had access to this last year on Net Galley, but never got around to reading it before it was archived. Fortunately, a kind lady at the publisher – Emily of Tor Books sent me a second copy. Boy am I glad she did.
Posted by col2910 at 00:30