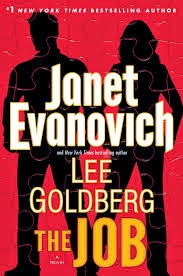 Catching bad guys is what Special Agent Kate O'Hare does. Working side-by-side with them... not so much.

When the FBI teamed her up with master criminal Nick Fox, they gave her no choice.

Now the ex-Navy Seal has a world-class conman as a partner, and keeping track of him is a full-time job.

Especially when Fox is caught on camera stealing a priceless work of art, taking him right from being the FBI's most covert operative, back to the top of America's most-wanted.

Only Kate suspects all is not what it seems. Nick Fox is no common thief, and snatch and grab just isn't his style. Someone is setting him up, and it's down to Kate to figure out why - before Nicolas Fox, master of disguise, is beaten at his own game.

Lies, hustles and high-stakes take-downs: it's all in a day's work when Fox and O'Hare get THE JOB

My first read in February and an entertaining and inoffensive way to get the new month underway. Best book ever? No, but far from the worst either.

The Job is the 3rd full length novel starring Fox and O’Hare, following on from The Heist (read and reviewed) and The Chase (skipped). In addition there have been a couple of short story tasters – Pros and Cons (here) and The Shell Game (here).

Action, humour – not always on the mark, a bit hit and miss at times, pace, recurring characters that I’m enjoying the banter and inter-play between and a plot consisting of art robberies around various European locations and a prison break out among other things.

Some gentle teasing and ribbing between the two-main characters, they get to play a married couple here. Will their relationship progress further in the future or will Kate play hard to get whilst Nick by turn annoys and intrigues her? More giant bars of Toblerone and I reckon he’s in with a chance! 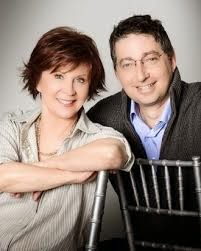 Not a book I will remember in any great detail in a year’s time, but by then I will probably be reading and enjoying a fourth adventure.

Plenty of room for these types of books in  my reading, not everything needs to attain never-to-be-forgotten status. All good and yes, I'd definitely read more from the pair either singly or jointly.

Good not great, enjoyable without excelling.