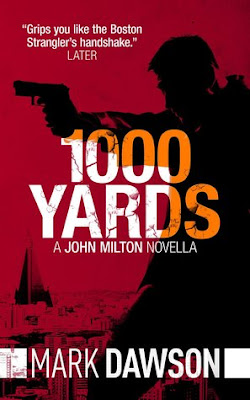 Meet John Milton. He considers himself an artisan. A craftsman. His trade is murder. Milton is the man the government sends after you when everything else has failed. You wouldn't pick him out of a crowd but you wouldn't want to be on his list.

In this dip into his case files, Milton is sent into North Korea. With nothing but a sniper rifle, bad intentions and a very particular target, will Milton be able to take on the secret police of the most dangerous failed state on the planet?

Also included: the first chapter of the first full-length Milton novel, THE CLEANER.

You'll love Mark Dawson's #1 bestselling thrillers. 450,000 copies downloaded. Get to know John Milton before everyone else does.

A topical read seeing as North Korea has been in the news a lot lately.

Best book ever? No, but a lot here for me to like.

North Korea has been up to its old tricks, annoying its neighbour and the West with the dissemination of a computer virus targeting malware at banks and media outlets in a massive cyber attack. The British Government thinks its a good idea to retaliate and Milton is the weapon of choice. All hush-hush, top secret and totally deniable and if his cover gets blown, he's on his own.

Milton gets into Korea using forged documents (obviously) and with the help of some local dissenters evades his watchers. Barely controlled panic ensues as his hosts discover that the man entering the country is not who he claims to be. Can Milton be captured before he commits whatever atrocity he intends? And what exactly is he up to?

Plenty of pace and tension - Dawson teases the reader before revealing Milton's true intentions. I did like the story line and where it went. There's a decent amount of characterisation on display. Milton is portrayed as vulnerable, in addition to resilient and capable - a mere mortal as opposed to an unbelievable superman. We see a bit of his opponents as well - their motivations and fears of failure, working for an unforgiving, intolerant regime.

Not too long - 100-odd pages another plus-point and definitely enough here to warrant reading more from Mark Dawson and more with John Milton featuring. 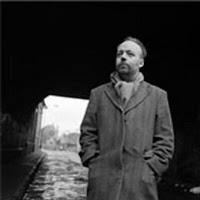 Mark Dawson is a self-published author and has about a gazillion books to his name - 5 series and some standalones - prolific or what?