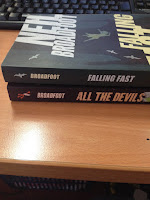 A couple from a Scottish author I haven't yet tried - Neil Broadfoot.

Broadfoot has written three books in his Doug McGregor series. McGregor is a journalist.


Falling Fast is the first, All the Devils the third. The Storm is the second in the series. 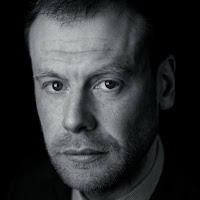 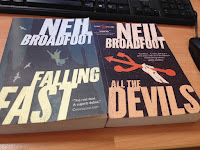 From his website here, his biography says he was a former journalist who now works in media communications.

I do like the investigative reporter-cum-journalist angle in a crime book. James W. Ziskin, Michael Connelly and Liam McIlvanney are three authors who have used the reporter to good effect in their books. I'm sure there's been plenty others I can't remember. 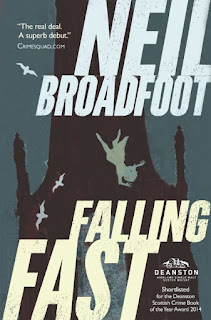 Shortlisted for Bloody Scotland's DEANSTON SCOTTISH CRIME BOOK OF THE YEAR AWARD 2014 Finalist, Dundee International Book Prize, 2013. A grisly suicide in the heart of tourist Edinburgh piques the curiosity of local journalist Doug McGregor, who's always had a good nose for a story. When his police colleague and occasional drinking partner DS Susie Drummond reveals that the victim is connected to a prominent Scottish politician, Doug finds himself unravelling a story of secrets, drug abuse, violence, murder... and the ultimate taboo. Action-packed from the very start, and with enough twists and turns to shock and surprise even the most hard-bitten crime fan, 'Falling Fast' is the first of a trilogy. It marks the arrival of a new crime-writing talent who is bound to appeal to aficionados of Scottish crime greats such as Ian Rankin and Val McDermid. 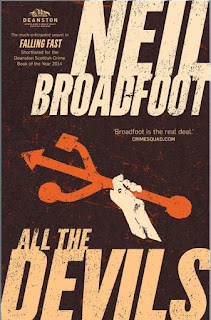 A tale of police corruption, underworld power struggles and killers with an insatiable lust for violence... All the Devils are here. Crime journalist Doug McGregor is struggling to recover from a clash with a psychotic killer. A dead-of-night encounter with a seedy blackmailer is enough to send Doug feral. With his demons threatening to engulf him, he and DS Susie Drummond are tested to the limit as they uncover a conspiracy that reaches deeper than even they can imagine.
Posted by col2910 at 23:19