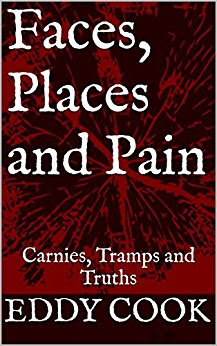 At one time, I was not a good human being. What follows isn’t an apology but an explanation of how I have come to be the person I am and how I’ve come to leave so much wreckage in my wake. I will attempt to tell my story here through what I call Autobiographical Snapshots. Each one is an accurate account with…few embellishments. The pieces will not be in chronological order, but rather a stream of consciousness collection as each event comes to mind.

I still live on the fringes because living inside the box doesn’t work for me. I’ve tried.
As Scarface Billy once said to me,
”Who do you think you’re bullshitting? Guys like us-we’ll never be ‘citizens’.”

It has been a wild ride.

30 pages long with a couple of enjoyable flash fiction pieces at the end of the collection.

In the section of non-fiction snapshots, we get some family history and learn of Cook's abandonment at any early age by his father. It's interesting when he tracks him down.........

...he told me his version of why he left. Every story has two sides. His was the fiction version.

He said he had other kids, with other women. Some of them were wives.

Nine other kids. I was the third. Told me some of their names. The one’s he could remember.

Three days of sleeping on his couch. Each day sucking the life out of what I’d hoped he was.

Heart-wrenching, but Cook is painfully honest; an earlier admission showing he's more like his father than he'd care to be.

There are pieces on travelling - box car riding, women and  and a job interview for working a carnival pitch. Interesting and a peep at an outsider life, far far removed from my own.

Thought-provoking and memorable. I think what lingers is the kindness shown to Cook along the way by strangers. The people with the least, very often the most generous.

If I had a criticism of the book, it was too short - I wanted to hear more. 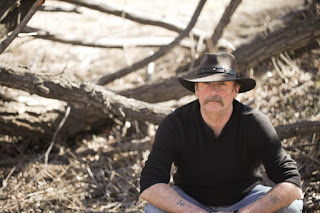