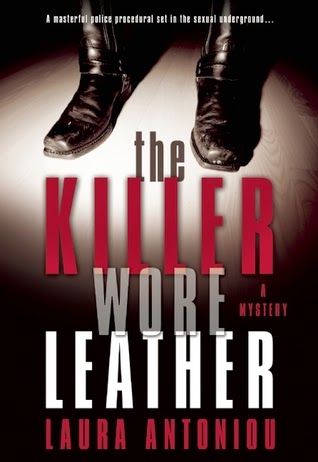 Mr. Global Leather has been murdered!

In the Grand Sterling Hotel of Midtown Manhattan, home of the huge annual leather/BDSM/fetish ball and contest, Mr. & Ms. Global Leather, last year's male winner lies dead on the floor of his suite, wearing only very frilly, bright yellow panties. Cormac "Mack" Steel made a lot of enemies in his year wearing the studded leather sash, not the least being his co-winner Mistress Ravenfyre. But she is not alone – there are over three thousand attendees at this year's fetish-festooned event from all over the world, some of whom might have had some very personal issues with the corpse.

Enter Detective Rebecca Feldblum of the Midtown East Precinct. Assigned to this doozy of a case because, as one of NYC's only out lesbian detectives, her Lieutenant seems to believe these are "her people." Shocked, amazed and alternately puzzled and amused, Detective Feldblum must navigate a world of doms and subs, masters and mistresses, pups and trainers, leather, latex and lingerie, and discover who murdered the late Mack Steel – and hopefully do it before the weekend is over and everyone goes home. In the process, she will discover more about the sexual underworld than she ever really wanted to know, and more about her own past than she could have ever imagined.

Written in the classic spirit of Sharyn McCrumb's Bimbos of the Death Sun, The Killer Wore Leather is both an engaging mystery and a humorous glimpse into the world of modern, pansexual international leather/BDSM contests and conferences.

With a wicked sense of humor, insider information and a twisted imagination, she crafts a spicy mélange of mystery and mayhem!

The Killer Wore Leather is a deliciously tongue-in-cheek murder mystery set at a leather convention, allowing readers into this private world of personalities and peccadiloes. The kinkiest game of clue ever with a sex toy as the murder weapon and every leather man and woman lacks an alibi. Cleverly crafted and highly humorous, Antoniou is at her wicked best in this page turning fetish fest.

A bit of a trip outside of my comfort zone here with a previously unread author. Laura Antoniou is more closely associated with fiction of an adult flavour, but on this occasion has turned her hand to a murder mystery. So how did we go?

The other major downside was that our victim was a fairly loathsome individual, so I didn’t particularly feel any emotional investment in seeing the culprit brought to justice, other than maybe identifying him/her for the purposes of pinning a medal on their chest!

We had a few likeable individuals which were worth the admission. The investigative duo; one a New York lesbian detective and the other a black, single cop hailing from the Deep South formed an intriguing team and collaborated well to get the job done. Both were interesting, in their own rights, and as a couple overcoming their initial misconceived perceptions and prejudices to work together constructively.

A few likely suspects were thrown up as the investigation unfolded, and it was a decent sideshow having a journalist reporting on the conference, when she lands in the middle of a head-line grabbing murder. The Christian right-wing “You’re all going to burn in the fires of Hell, you perverts!” protestors outside the Global Leather Convention also added a bit of fun to the mix. 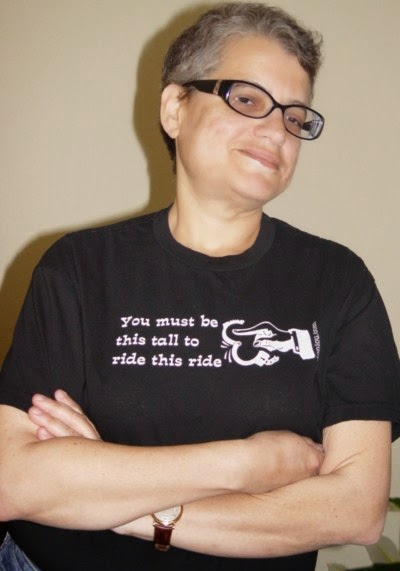 On the whole….. an okay read, not fantastic but I’m not wishing my time back either.

Would I read more from the author in the future? Hmm, perhaps – maybe the same detectives in a book two-thirds the length of this one.

Laura Antoniou has a website here, if you want to catch up on this or some of her non-mystery work.

Publishers Cleis Press were kind enough to provide me a copy for review.