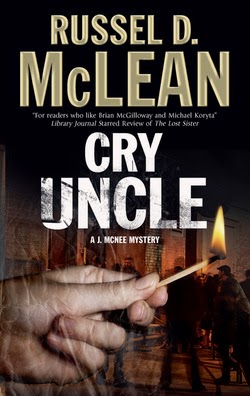 Dundee-based private investigator J. McNee finds himself way out of his depth in his latest undercover assignment. Working undercover on behalf of the police, McNee's mission is to get close to aging gangster David Burns and uncover his secrets. In his role as Burns' new right hand man, he's expected to follow orders and get his hands dirty. But how far can he go before he crosses the line? With the murder of Burns' nephew - supposedly under McNee's protection at the time - the tension ratchets up to breaking point, and McNee finds himself in the midst of a vicious turf war. His cover at risk of being blown at any moment, in this deadly game McNee is beginning to realize he's expendable. To survive, he's going to have to change the rules...Dark, violent and psychologically gripping, Cry Uncle blends the grit of classic American hardboiled fiction with a distinctly Scottish voice

Another Net Galley read, another new author and a tick in the box for my on-going Scottish reading challenge.

Cry Uncle is the fifth from the author featuring J. McNee. The previous four, of which I have a couple are The Good Son, The Lost Sister, Father Confessor and Mothers of the Disappeared.

I must admit whilst I enjoyed it, at times I did feel like I had come in halfway through the viewing of a film, where although you get the gist of what is going on, you do feel like you have missed out somewhat.

Cry Uncle was an interesting enough tale whereby our main character has gone undercover in an effort to help take down Dundee’s crime-lord and king-pin, David Burns. McLean throws up an interesting conundrum, as to what level of law-breaking is acceptable in an effort to establish trust whilst working undercover. Our man when out and about with his enforcer partner, has some grey areas to navigate when there a bit of violence and intimidation on the menu.

As the novel progresses we understand why McNee has been tasked with gathering evidence for his puppet-master and you have to feel sorry for him in the situation where he is extremely isolated and vulnerable. Events from his history, further cement that sense of reader empathy.

Overall enjoyable, a decent plot, interesting main character. Plenty of grit and violence though not at the expense of the development of the cast of characters. I also enjoyed the setting of Dundee – a bit of a change from Glasgow, though I doubt McLean would endear himself to the Dundee Tourist Board (if such a body exists)!

I did like McLean’s sly hat-tip to author Ray Banks and his Manchester PI – Cal Innes. 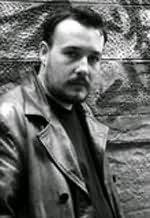 I do think my enjoyment would have been enhanced by having read some, (possibly all?) of the earlier books in the series.