One recent lifestyle change has reduced my reading time by several hours a week. On a Tuesday, Thursday or Sunday morning if you happen to drive through Linslade's leafy steets at about 5am in the morning, you may spot a sprightly, 50 year old in either trackies or shorts, tee-shirt and trainers huffing and puffing his way around the mean streets. Three and a half miles each time, if the GPS doodah running app. on my daughter's phone is to be believed.

Well, after tweaking the muscle in my calf on last Thursday's run, I decided to walk it yesterday and thought I'd take a few happy snaps on my phone whilst on my route.

Leave the house, turn left, up the road then left again. This street is a quiet road of bungalows mainly populated by elderly residents. As I hit my stride, I usually manage to mutter a few profanities as I pass the house housing the neighbour whose fallen tree has caused me so much aggravation and grief in the past few months. There's a 20MPH speed limit along this road and I fear that I'm unlikely to be travelling sufficiently fast to come to the attention of any lurking traffic officer.

We turn right opposite the Buckingham Arms. This is the nearest pub to my house and whilst I used to have the occasional drink in there with my wife, I don't think I've darkened its doors for over 20 years.

Further on we cross the railway bridge, where I have a temporary breather, walking for about 20 yards before hitting my stride again. Past the end of the road my children's first school is housed upon, around the corner and past the back entrance to Leighton Buzzard railway station.


Along Southcott Avenue and around another corner, where we pass our second public house, The Hare. I went in there once on a Tuesday maybe 27 years ago at a lunchtime to get a drink and a bite to eat with my future wife. It was the chef's day off and we never went back.


Onwards and on the right there is a field housing a couple of horses, something I only noticed whilst walking. When running they would have just been a blur on the edge of my peripheral vision..... or perhaps my speed and elegant running gait, perhaps left them feeling inadequate in my presence and they flee to a secluded corner of the field, hidden from my view?

Up an incline around the corner and under the low railway bridge, which has over the years seen many a vehicle become stuck after the driver miscalculated his height. About two miles along the railway track is the scene of the famous Great Train Robbery in 1963. Buster Edwards, Ronnie Biggs, Bruce Reynolds and others stole £2.6 million in cash from a mail train.


Once under the bridge I come close to the bungalow my wife's grandparents lived in for over 50 married years and where my mother-in-law was born and raised. It originally was the size of a small holding and chickens and pigs were raised during the war, as well as being the home for some evacuee children from London.


Along Cedars Way for 50 yards then left down Finch Crescent. At the 90 degree corner on the Crescent sits a local corner shop, which serves the community. An ideal place to get the forgotten loaf or bread or pint of milk or daily newspaper. The shop has a history. Back in 1981 before I lived in the town, Carol Morgan the lady shopkeeper was brutally bludgeoned to death. The crime has remained unsolved for over 30 years. Whether the continuing improvements in forensics will eventually bring this sad state of affairs to a conclusion is unknown, but we can but hope for a resolution.

More about the murder here.

Once I leave Finch Crescent, I feel easier as every subsequent footfall takes me closer to home as opposed to further away. We run along Mentmore Road where our local leisure centre and swimming pool is housed and also the site of my children's secondary school - two have passed through its doors and one currently remains.


Maybe half a mile along and there's a quiet garden, which houses a memorial to Linslade's war dead from the two great wars. It isn't somewhere I usually pay an awful lot of attention to, but I wasn't in a hurry and with the 70th anniversary of the Normandy Landings approaching it was appropriate to pay my respects.

Next to the garden sits the tennis club and then a park. In the far distance you can make out a small single story building which used to house (and possibly still does) a young children's play centre. All three of my kids attended there an hour or two each week as two year olds and had their first interaction with other children that paved the way for some enduring friendships for them that have lasted to this day. (Is 17 years enduring? I think so.)

Up another incline and onto Wing Road.  At the bottom of Wing Road we have a parade of shops that houses a printing workshop, a key-cutter-cum-cobblers, a Premier Coop (small grocery store, with wines and spirits, newsagent, lottery tickets, cigarettes), a hairdressers, a betting shop, a Chinese takeaway, an Indian takeaway, a kebab shop and over the road a barber shop and a beauticians.

At the bottom of the road, lies a now empty public house - formerly The Bedford Arms. When I first moved to Leighton Buzzard in 1986, I was working 12 hour shifts at a bakery and living in digs in a flat around the corner. Often times I would stop for a pint and a game of pool on the way home at the Bedford. On one of the first occasions inside this pub, I saw a man get glassed for some unknown reason. I did have cause to wonder where on earth I had moved to and why.

In the near 30 years since then I have never witnessed anything like it again. The recession has hit local pubs hard, with many people choosing to enjoy their drinks at home. This pub has changed hands and closed and re-opened maybe 4 times in the past 10 years. Whether its doors have shut for the last time I don't know.

As I turn the corner from Wing Road, there's my local Indian Restaurant - The Raj. Less than half a mile from my house and scene of a fair few family celebrations over the years. I do like a nice curry!

Across the road is Dillamore's - the local undertakers and funeral home. I expect I'll be putting a bit of business their way someday, but hopefully not for a good while yet.

Onto my road now and a steep climb up one of the last hills I encounter. With my house in sight, I cut left and divert back around the long road of bungalows that starts my run off. With the 20 MPH limit in a lot less jeopardy than it was half an hour previously I curse my way past Mr Tree Man's house before trundling the last quarter of a mile home.


Job done and as Blackadder once said - " Ready to face the rigours of the day!" 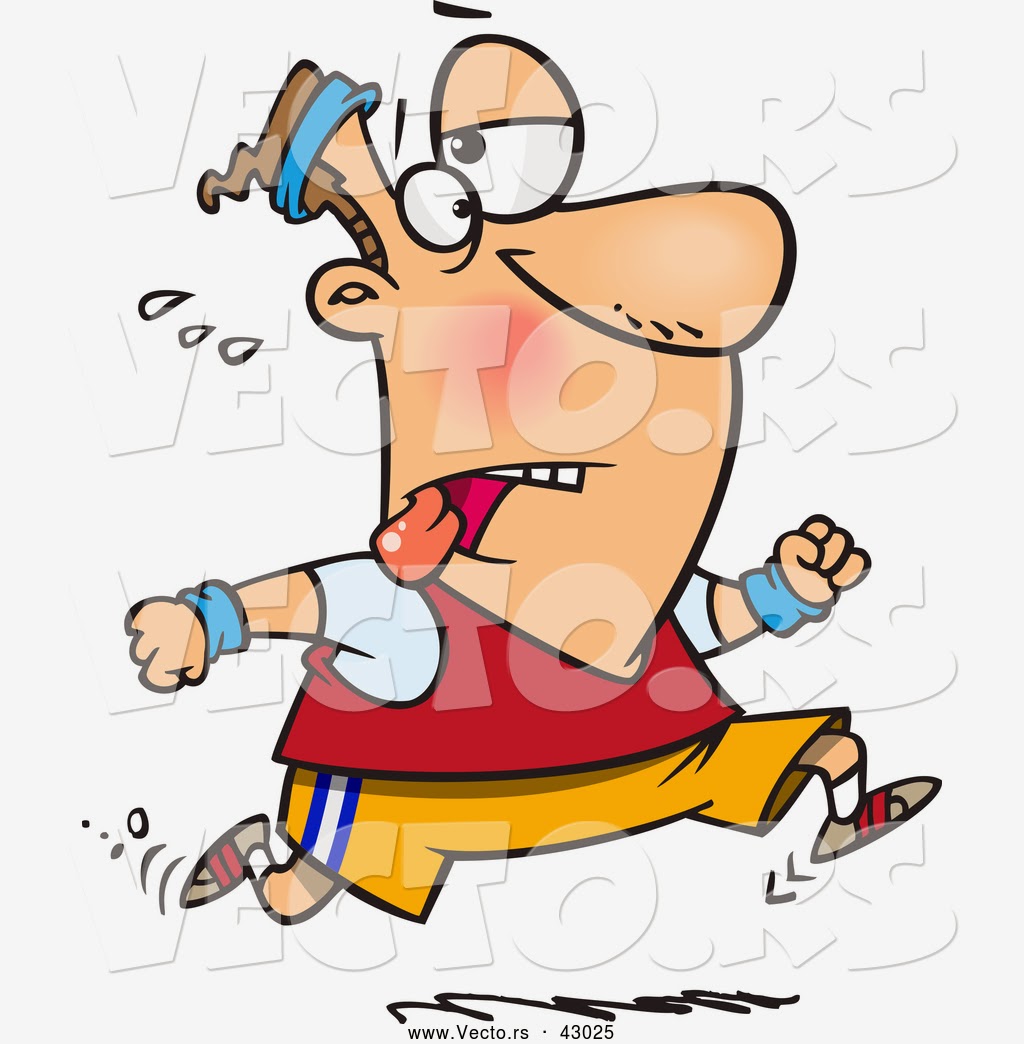