QUESTIONS AND ANSWERS WITH R.C. O'LEARY

One of last month’s top reads was R.C. O’Leary’s self-published debut Hallways in the Night, which I reviewed here. Robert was kind enough to humour when when I asked him if he would be willing to answer a few questions about his reading and writing. 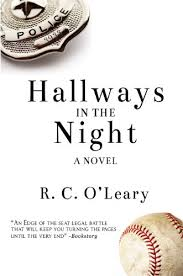 As someone who reads only, I’m always interested in how writers approach the somewhat daunting process of constructing a compelling piece of work that when does well, provides me and others with an escape from the day to day mundacity of everyday life. Don’t get me wrong, I love my life; I love my family; I don’t dislike my job; but I do enjoy being taken to other places to observe and understand other people’s trials and tribulations. I think all readers are voyeurs at heart and I’m no different.

I’m also a bit nosey and so I always want to know what everyone else had read and recommends. If you're reading on the bus or train, I'll be the guy peering over your shoulder, concerned with what you're immersed in. 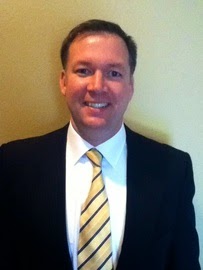 Is the writing a full-time or a sideline-passion-hobby? What’s the day job?

I’m a part-time writer who tries to fit in writing time between my job in hotel real estate and family responsibilities.

I stared writing in 2008 when the financial bubble burst and I realized that my job in real estate was going to be severely impacted. As the market crashed and work slowed down, I decided to write a book that I had been thinking about since the late 1990s. My goal was to turn the negative period of recession into something positive.

I was in my late 30s and had never written a book (or even taken a creative writing class), but I had what I thought was a good idea for a story and was optimistic enough to think I could finish it within four or five months.

I had once read that John Grisham writes a book within a three or four month period, so I figured I would follow his template. LOL at me. Suffice it to say, when the book was finally ready for print in December 2013, I was a lot less naive about the process than when I started.

What’s on the horizon book-wise or writing-wise currently?

My next project is the sequel to Hallways in the Night

While HITN is primarily a legal thriller, the sequel will be more of a political thriller as it will involve a Presidential election and have multiple scenes that take place in and around the White House.

The beginning of the sequel—a small town cop finds the body of a dead widow who looks to have been murdered by someone tied closely to a Presidential campaign—was the story I originally started to write.

This has been the toughest question to answer because there have been some big moments for me: Reading some of the book to my father as he entered hospice, completing the book and seeing it available for sale, and the chance to interact with readers and reviewers who have read the book. More great experiences than I would have ever expected.

From start to finish how long did Hallways in the Night take from conception to completion?

I had the original idea for what will be the sequel back in 1999. It took me ten years to get serious about writing the book. When I did, it took another 5 years to complete the book while writing on nights and weekends.

90% of my writing takes place after my wife and kids are in bed. I usually write from ten to midnight, as well as some weekend days. Ironically, I had plenty of time to write during college and graduate school but never took advantage of it. Instead, I waited until I was married with three active kids. And yes, as a matter of fact, that is just as dumb as it sounds. LOL.

My father-in-law was an Atlanta police officer, so a couple of his stories are fictionalized within the book. That being said, none of the characters are based upon anyone I know, however, many of them have elements from people I have met or known during my life. For example, there is one motorcycle chase in the beginning of the story that’s based upon an incident I saw when I was a little kid.

Not that I’ve found, however, I don’t think E.L. James has anything to worry about.

You’re self-published so far, have you been knocked back in your efforts to find a publisher, or are you content to continue this route?

I had some interest from agents and still believe that traditional publishing can offer tremendous upside, but I chose to self-publish primarily due to the speed of getting my book to market. Once Hallways in the Night was done, I was ready to release it into the world. I also thought by self-publishing it might, eventually, give me a better opportunity to attract a publisher if they were able to see that readers enjoyed the story.

Self-publishing was a much easier process than I expected, and one of the most enjoyable aspects of self-publishing has been the chance to interact with readers, reviewers, and book bloggers while promoting my book.

Five years ago I would have felt compelled to pursue a traditional publisher, but the landscape has undergone such a fundamental change that I thought going to market with a self-published book was the best choice for me at the time.

As a self-published author, how do you edit your work? Do you have a close circle of readers who you can rely on to objectively criticise?

Once Hallways in the Night was done, I did close to ten rounds of proofing and editing. It took me almost three months. By the fifth round of edits, I felt like I was in the movie Groundhog Day.

The most valuable thing I did was a read-aloud of the book which helped me catch several errors that I missed while simply reading to myself.

As far as the overall story, I benefited greatly from several beta readers who gave me some guidance on the plot. I made some significant changes (and deletions) based upon their feedback.

I also had one New York based literary agent who gave me some great advice regarding the book. I ended up changing the ending and came up with the “elevator” scene at the end after listening to his feedback.

What are the last three books you’ve read?

From my perspective, there is nothing better than being in the middle of a great book that has taken you to a different time or place. A few of my favorite writers are John Le Carre, John Grisham, Dennis Lehane, Jack Higgins, Michael Connelly, Frederick Forsyth, Mary Higgins Clark, Robert B. Parker, J.K. Rowling, James Lee Burke, Ben Mezrich, Kathy Reichs, and countless more.

My father was a prolific reader and introduced me to many of the above writers.

Do you have any literary heroes?

I’ve always pulled for the underdog trying to overcome great odds to achieve something bigger than his or herself.

The Count of Monte Cristo. I loved every page of it and reading it felt like being transported back in time.

If I call back in a couple of years’ time, where do you hope to be as an author?

My dream scenario would be that our meeting would take place over drinks in a great London hotel. It would be around Christmastime, and I would be working on my third novel.
Many thanks to Robert for taking the time to indulge me.

He has kindly offered 5 free kindle copies of his book to interested readers. If you would like to give the excellent Hallways a go – please leave a comment below.

Robert will hopefully be checking in on the comments during the next few days, so if there is anything else you’d like to ask him, please feel free.

I'm off to look up The Count of Monte Cristo.