A couple from Robert Crais this week and his Elvis Cole PI series. An LA setting and a wisecracking PI - what's not to like? 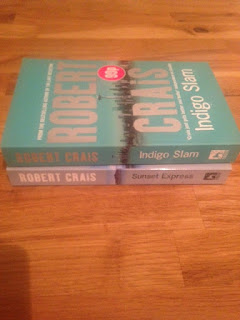 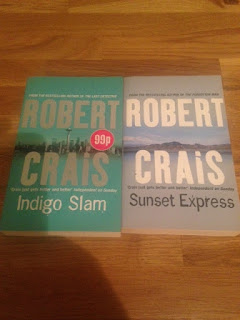 A few years ago - 2013 actually, BTW where the f*** has six years gone? - I embarked on reading my way through the series, before getting side-tracked after book number five - Voodoo River.
I did that with a few series actually - Lawrence Block and Matt Scudder, Bill Pronzini and Nameless, Max Allan Collins and Quarry and John D. MacDonald and Travis McGee. 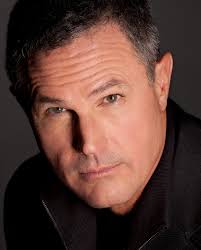 Eventually I'd like to read all eleven novels badged as the Cole series and follow on with the seven Cole/Pike novels. In the books I've read so far Joe Pike is an enigmatic but minor character, sidekick.

I do like an LA based PI series - Paul D. Marks with White Heat and Broken Windows - a slightly harder series is a recent favourite. 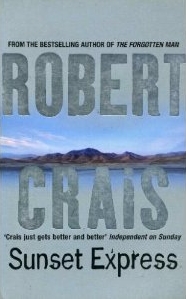 On his own turf in LA, Elvis Cole is embroiled in a controversial, high-profile murder case. Hired by the defence lawyer to investigate alleged evidence tampering by the detective on the case, Cole soon begins to be more suspicious of the media-loving lawyers than the cops. 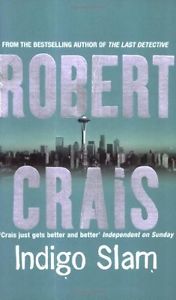 An action packed, razor sharp thriller featuring LA private eye Elvis Cole. Meet Elvis Cole. Vietnam Veteran, private eye who carries a .38 and is determined never to grow up. 15 year old Teri Hewitt has been left holding the babies now that her dad, Clark has disappeared without trace. She wants Cole to find him. The search reveals a chronically unemployed drug addict caught up in counterfeiting scams and mixed up with the Russian mafia and Vietnamese Gunmen. As the action heads towards a gunfight in Disneyland and Cole dodges his almost girlfriend's husband , Indigo Slam shapes up into the most entertaining and exciting American crime novel for years.