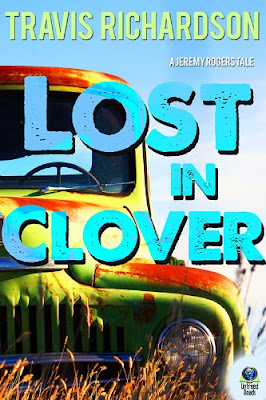 Welcome to Clover, Kansas, a small town sitting in the middle of America’s Heartland. It's a peaceful community, until the night that high school student Jeremy Rogers accepts an invitation to party with the “cool” older kids. After things go irreparably wrong, and Clover is thrust into the national spotlight, Jeremy keeps his involvement a secret. As the town heals from the tragedy, Jeremy falls into a psychological abyss from which he cannot escape, until he encounters the monster from his past and has an opportunity to redeem himself. A novella.

A fairly quick read here with Travis Richardson's Lost in Clover which documents the lead-up to, the execution of and the aftermath of a small town American shooting through the eyes of Jeremy Rogers.

Rogers and some drinking buddies, have a few too many beers and with a bucket-load of dutch courage, decide to pay Crazy Eddie Cooper - a much younger bully and someone who has inflicted some injury on each of them at one time or another - a visit to teach him an unforgettable lesson. Jeremy bails at the last minute and escapes the tragedy that unfolds physically, but emerges from it far from unscathed emotionally.

One boy's story and almost a coming-of-age tale, an American tragedy, multiple deaths, small town, Kansas thrust into a media glare, town rage, survivor guilt, enhanced because of a certain amount of complicity in the act that unfolded, a court case, more media headlines, a flash lawyer and a more considered appreciation of events, fear, memories, a childhood birthday party and Crazy Eddie's family, PTSD, withdrawal, isolation, ennui, an inability to care, a separation from family and friends, falling grades, prom night, college, an inability to act, the girls who got away, the passage of time, mower boy becoming mower man, a life on hold..... then Crazy Eddie gets parole.

Enjoyable, thoughtful, considered, but not without a few laughs here and there, and a positive ending which delivers an ending to Jeremy's lethargy . 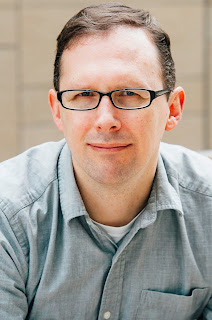