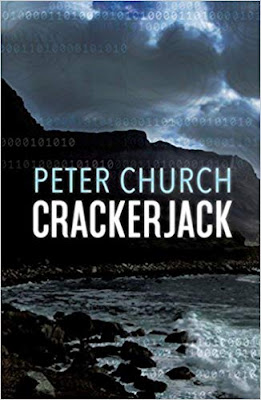 Young, bright and sexy, Carla Vitale has been handpicked to run Supertech, Africa's leading independent Engineering firm. Then one Friday afternoon in Cape Town, her dream is shattered. Her boss and mentor, Nial Townley, disappears, his luxury vehicle is found in a crevice at the bottom of Chapman's Peak and $USD 20m is missing from the Supertech's overseas accounts. Three months later and the police are no closer to solving the riddle.

No job, no car, no phone, Carla turns to the one person she believes can help: software hacker turned day-trader, Daniel Le Fleur. But Le Fleur's maintaining a low profile in Bantry Bay and he's in no mood to ruin the serendipity.

Crackerjack was a recent spot late last year on the Edelweiss early reviewer site and with the clock ticking down on the expiration date of my copy, I thought I’d better pull my finger out and read the thing a bit sharp-ish. And I’m pretty pleased I did.

Here we have a Cape Town mystery concerning cyber-crime, a missing person and more importantly for some missing money - $20m US. Our main character, Daniel Le Fleur is bored with his solitary life. No partner, no family – both parents are dead, a mother mourned and missed, a father not so much. His only friend or even regular human contact is in the shape of a homeless tramp who spends most of his hours occupying a bench outside Le Fleur’s apartment. Le Fleur is a reformed hacker and spends his days surfing TV channels while day trading in bitcoins. He got caught hacking, served his light sentence by working for a body tasked with preventing cyber-crimes. His hacking was as a part of a group of like-minded individuals determined to bring down a group trading in under-age women on the net. Judging by his lifestyle, he probably managed to acquire a few ill-gotten gains that he’s held on to. But in a nut shell he’s bored.

Along comes the stunning Carla, who is concerned for her missing boss and her position. Her boss has allegedly skipped with a whole load of money and the fallout means his ailing company is prey to a stronger competitor that is circling. If his firm falls, her career ambitions go south.

No surprise to know that Le Fleur, initially reluctantly, decides to get involved and help Carla find out what the police haven’t been able to.

I really enjoyed this one, probably a bit more than I expected to. I was initially concerned that maybe the author would bog me down in technical details on how to hack this, how to access that, how the dark web operates and its money maundering methods etc etc, but he doesn’t. There’s a bit of interesting and knowing detail regarding these things obviously, but the main focus is on the missing man, Nial Townsley and Le Fleur’s efforts initially to discover what happened to him in the last few weeks of his life, before he went missing; and subsequently to protect himself and Carla when his efforts prove fruitful and the tables get turned with the hunters becoming the hunted.

Action, danger, a fast-pace and a really entertaining book. Church serves up a few twists along the way with the introduction of the parolee greatly adding to the tension. The conclusion worked but had a sense of inevitability about it. One more twist without which, everything which had gone on before might have seemed too obvious and predictable. 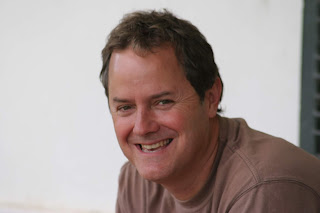 Over 400 pages and a quick 400 at that – as I ploughed through this in a fraction over two days. Ticks in a lot of the boxes - pace, mystery, characters and setting.

Peter Church is a South African author with a few previous novels to his name – Blue Cow Sky, Bitter Pill and Dark Church, all of which look interesting.