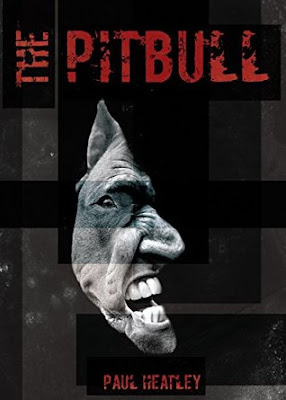 'In times of peace, the warlike man attacks himself.'

Tom Wayman was not born a fighter. He was moulded through hardship and hatred, thrown to the dogs and left to fend for himself.

When he fights, men cheer for him. They place bets on him. They celebrate his victories, but they just as readily lust for his blood.

Set in the dark and dirty underworld of illegal dog-fighting, 'The Pitbull' is a hallucinogenic nightmare, a trip through hell, the story of a man more beast than human. It is his fractured relationships, his bloody battles, and his underlying, seething misanthropy.

The newest standalone novella from the author of 'The Motel Whore' trilogy, and 'The Mess', 'The Pitbull' is Paul Heatley's strangest, darkest tale yet.

No animals were harmed in the writing of this story.

Not a tale populated by unicorns and dancing fairies in an English summer meadow. Abandon hope, all ye Paul Heatley main characters.

What we have is dark, brutal, harsh, sickening and compelling - one damaged man's life exposed.

Tom fights dogs for a living, having previously been a doorman/bouncer. It's something he's rather good at, though not something he especially enjoys. It's a wage and as the novella progresses it's apparent that he's ill-equipped to do anything else.

And that's the nub. Tom's alone, separated from his ex-partner, Ellie and son, Tom Jr. who he loves. He dreams of the family life he never had, when not haunted by the nightmares of his own sadistic upbringing. He yearns for normality and reconciliation with Ellie and his boy, but while he's fighting that isn't going to happen, Ellie has made that abundantly clear.

Catch-22 for this outsider.

Another enjoyable (hmm, maybe not the right word) piece from Heatley. Similar to The Motel Whore and The Vampire in tone...... damaged people on the fringes of society, doing the best they can, with the tools they've got, struggling to arrest a slow downward spiral towards rock bottom. Arguably, in this case, Tom's not got any further to fall.

Not recommended for those of a sensitive disposition. 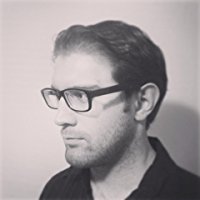 Paul Heatley has been read before - The Motel Whore, The Vampire, The Boy, FatBoy and An Eye For An Eye. More from him sits on the pile waiting.