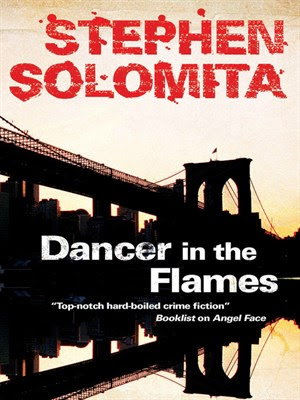 Detective Boots Littlewood of Brooklyn’s 64th Precinct has been tasked with an investigation that’s hitting close to home: the murder of his police captain. It’s been called another tragic cop killing. Boots suspects something closer an organized hit and he knows in his gut that the perp in custody is an innocent man. Boots’s new partner, “Crazy” Jill Kelly, is taking it personally, too. The daughter of a murdered officer, she’s got a quick temper, a vengeful streak, and a crackerjack aim.

Once Boots and Jill hit the streets of the city they uncover more than dirty secrets. The investigation is reaching back a decade to the sordid serial crimes of the Lipstick Killer—and ahead to a cesspool of corruption and conspiracy that taints the badges of New York’s finest. But as Boots and Jill prepare for hunting season, they realize that they too have become the hunted.


Second book of 2019 and a decent read, but one not quite hitting the heights of Solomita's The Striver which I enjoyed back in 2014.

All of the book is spent in the company of Boots Littlewood, a New York detective. An investigation into the death of his bookie's sister, gets Boots a tip that a habitual car thief from his neighbourhood witnessed the death of a cop a month or two back. The thief has gone to ground, but Boots teamed up now with sexy, crazy, man-eater Jill Kelly run him to ground.

The police hierarchy are happy to pin the cop murder on the thief and close the case and Boots ain't having it. The rumour is that the dead cop was dirty and part of a clique, which is an added incentive for the murder to be swept under the carpet, especially with elections in the offing. The crux of the book then sees Boots endeavouring to spring the thief, while in conflict with the might of the NYPD and never quite sure if he is isolated or if he can trusty Crazy Jill.

New York, dirty cops, police politics, corruption, baseball betting on the fortunes of the Yankees, neighbourhood respect, family, a beating, a partnership in work and in bed, an investigation, an attempted hit, some payback and the revelation of a few closely guarded secrets and the real murderer. Selective justice follows. 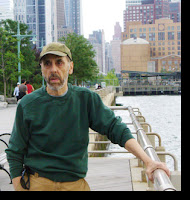 Enjoyable, hard-hitting, hard-boiled and believable. Solomita writes convincingly about the police and their dirty laundry. Boots definitely isn't Frank Serpico, but he's likeable, determined, conflicted but mostly straight - as honest as he can be, anyway.

I have more to look forward to from Stephen Solomita on the TBR pile - as himself and under his pseudonym David Cray.