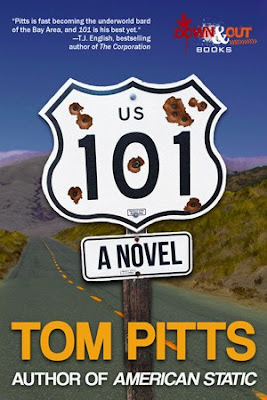 On the cusp of pot legalization in California, Jerry runs afoul of some San Francisco bikers in the marijuana game. He flees straight up Highway 101 to Humboldt County to hide out deep in the hills at Vic’s, a reclusive pot farmer and old pal of his tough-as-nails mother. But trouble finds Jerry no matter where he goes and soon the bikers, a pair of stone killers, and a Russian weed tycoon named Vlad the Inhaler are all hot on Jerry’s trail.

Fallout from the unfolding chaos piques the interest of SFPD detective, Roland Mackie, when he learns Jerry’s host, Vic, is somehow involved. It opens a twenty-year-old wound, an unsolved case called the Fulton Street Massacre, and Mackie is willing to do whatever it takes to get a pair of cuffs on the elusive Vic.

When Jerry and his protectors are chased off the mountain and back down the 101 to an inevitable showdown back in the Bay, he learns Vic is much more than his host, he’s a mentor, his mother’s hero, and the toughest man he’s ever met.

With an unforgettable cast of characters and an action-packed plot, 101 is a wild ride through Northern California’s “emerald triangle.”

Another wild ride indeed...... bikers, Russian mobsters, a pot shop rip-off, a manipulative girlfriend, a feckless son, a concerned mother, a debt of honour, a chance of survival, a cannabis farm caretaker with a chequered past, a moral compass and someone who has just now painted a big red target on his back, a bothersome cop with a long memory and a couple of contract killers, trying to clean house.

Never less than interesting, 101 is a combustible mix of characters and motivations.

Vic - pot farmer, protector, living the low life since the Fulton Street Massacre, in debt to Barbara or so he feels

Barbara - Jerry's mum, gutsy, determined, inextricably bonded with Vic after events of the past,

Piper - Jerry's girlfriend, step-daughter of the leader of the Dead BBs

Roland Mackie - detective with a 20-year hard on for Vic

Tory Nagle - FBI, involved in a RICO case into the bikers

Robbery, a rip-off, a massaging of the figures, a heading for the hills and improbable sanctuary, a manhunt, a police investigation, a kidnapping for leverage, some hostile questioning, a shoot out or three, mistrust and conflict between the players - the Russians and their biker partners, which might play to Vic's advantage, a stakeout, a road trip, a return to the San Francisco and more bloodshed.

Violent, fast-paced, fresh, on-point, savvy, knowing, populated by an entertaining cast, a lot of whom become collateral damage as events play out. Pitts imbues even his peripheral characters with enough pep and zest for this reader to want to know more about them and spend longer in their company, even when they aren't especially attractive people.

Interesting locales - Humboldt county hillsides, the 101 and San Francisco, with a splash of Oakland thrown in.

Overall - a busy novel with never a dull moment, and a lot packed into a little (168 pages to my copy). Extremely satisfying and entertaining - my kind of book. 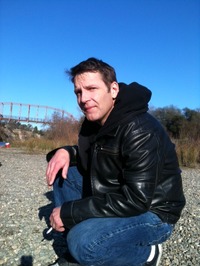 101 was my second dance with Tom Pitts after his fantastic American Static was enjoyed late 2017.

His earlier works - Piggyback, Hustle and Knuckleball still cry out to me from my TBR pile.