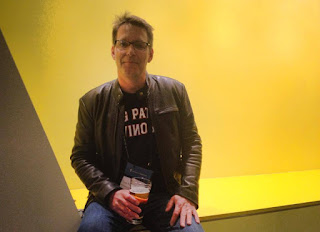 Tom Pitts author of American Static and more answers a few questions for me......


Is the writing full time? If not, what’s the day job?

Good Lord, no. I work at a moving company during the day. Not moving stuff though. I’m just the office guy. Finding the time to write is a constant struggle. If I ever get stuck with eight hours a day that I can write, the world better watch out.

I’ve just recently finished American Static, how long did this one take from the initial idea and conception to the completion of the book? Did the end result match any expectations you may have had at the start of the process?

Match? I’d say it exceeded my expectations. I started with a very rough idea and ran with it. The story went much farther than I ever thought it could. I think it took about a year from the first sentence I laid down.

I believe prior to American Static, you’ve had three previous works released – Piggyback (2012), Hustle (2014) and Knuckleball (2015); do you have a favourite of the four?

Definitely my latest, 101. But of the published works, I guess I’d say Hustle. There’s a visceral quality in that novel people respond to. I’m not sure whether it’s the gay prostitution or the heavy drug use, but folks love that book.

Is there one in particular you would press into the hands of a new reader?

Probably Hustle, but I’m always partial to the latest and greatest. I think American Static is a better novel than Hustle, and the one I just finished writing, 101, is better than them both. But, hey, I’m partial.

All four have San Francisco as the backdrop, your hometown? San Franciscan born and bred?

I was actually born in Canada. I moved to San Francisco when I was 17, way back in 1984. So, by California standards, it’s home now.  People always comment on how the city is my canvas, but the truth is, I haven’t really spent any time anywhere else. If I could afford to travel once in a while, it’d probably widen my fictional horizons as well.

Any plans to spread your writing wings further afield in the future?

Geographically speaking, my next two novels stretch a little further, but they’re still mired in California. Artistically, yeah, I think I’d like to try something bigger, something greater, but every time I sit down to write, I always seem to revert back to the crime tale. I guess if it ain’t broke, don’t fix it. 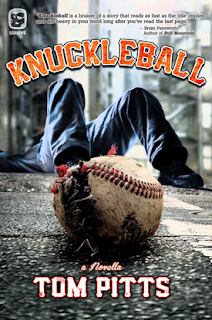 There seems to be a bit of a pattern to your output – Piggyback 100-odd pages, Hustle – 320, Knuckleball – 112, American Static – 330 give or take. Is book 5 something concise or are you breaking the Pitts mould? How the current WIP going? Any hints as to what it’s all about?

My current WIP is a screenplay, so it’d better be 120 pages or I’m not gonna get paid! But as far as the fiction goes, I have two completed novels ready: Coldwater and 101. Both are full-length. I’m not sure which is going to be released first, but one of ‘em is coming out next fall from Down & Out Books. 101 is a crazy tale about the marijuana industry right on the cusp of legalization and Coldwater is about a young couple in Sacramento who have a crew of squatters living across the street—except they’re not squatters, they’re something much more ominous. Sort of a suburban horror story without any ghosts or monsters.

For years I kept the same schedule. I worked a terrible graveyard shift. I’d get home at 8am, wake up at 2pm, then write from 6 to 10. Then it’d be back to work at midnight. People would marvel at how I managed to keep it up. But now that I have a regular day gig, finding those hours is harder than ever. I acted like writing was a great triumph over adversity, but the truth is that it’s much more difficult to have a day job and write.

Does your approach to writing change dependent on what piece of work you are crafting?

I don’t think so. It’s always about sitting down and getting the work done. I guess the biggest difference is the high is over too quick when I work on a shorter piece.

In addition to the novellas and the novels, you’ve had a fair few short stories dotted around in anthologies. How different is the process for a short story versus a 100-odd page tale versus a work three times that in length?

Not really, it’s sit down and try to complete a scene. That’s the way I do it, one scene at a time. At least that’s the way I try. During this past year I’ve been hard at work adapting a screenplay from Hustle, and that is truly a different animal. It’s completely disrupted my writing discipline.

Do you plot in detail or sketch, or is it all making shit up as you go along?

No plotting. For me, that’s the magic. That’s what I love. When I can sit down at the keyboard and truly say, “I wonder what’s going to happen to the characters today?”

Do you know the outcome before you settle down to write?

No, I think knowing forces you to stick with a certain path, and I need to have all paths open to me. I simple choice for a character can have a ripple effect on a plot, so why limit your choices?

I’m not sure you’d call ‘em gems. There’s a reason they’re stuck in the drawer.

Hmmn … Let’s see. Right now I’m reading The Kid Stays in the Picture, Robert Evans’s biography about running Paramount Studios. Before that it was Season of the Witch by David Talbot—highly recommended. Dillo, by Max Sheridan, Smack, by Richard Lange, and She Rides Shotgun, by Jordan Harper.

Wheelman. Small Crimes. I like the smaller crime flicks without a ton of flash. I liked Wheelman because of the experimental style of filming only in the car—very arty. And I loved how the protagonist in Small Crimes was so very unlikeable. That’s something that rings true with criminals, but you don’t see enough of in movies. 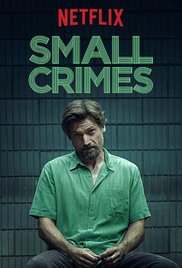 TV addict or not? What’s the must watch show in the Pitts household?


I pretty much roll with whatever the wife is watching, which means I get pulled down the rabbit-hole with everything from cooking competitions to whatever the series of the moment is. The ability to binge-watch a series has turned the TV experience into something much more akin to a reading a novel. A grand overarching story you can pick up and enjoy at your own speed. This year, I loved The Deuce, Ozark, The Marvelous Mrs. Maisel, American Gods, I’m Dying Up Here. There’s no end to them, really. 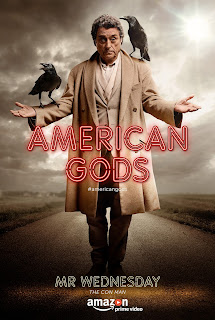 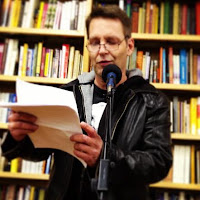 Many thanks to Tom for his time.

American Static was on the blog the other day - here.

You can catch up with Tom Pitts at these haunts