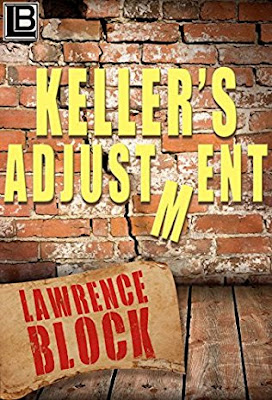 Keller, an introspective fellow, is your basic Urban Lonely Guy. He collects stamps. He used to have a dog, until the dog walker walked off with him. Now he soldiers on alone.

It's his profession that sets him apart. He's a hit man. He kills strangers for a living.

Keller’s Adjustment was written in the early months of 2003, in a small ship cruising the South Pacific from Tahiti to Guam. That was far indeed from New York City, Keller’s home base. (And mine.)

I wrote the novella for Transgressions, a prestigious anthology of lengthy stories by prominent writers, commissioned and edited by my friend Evan Hunter/Ed McBain. It subsequently appeared as a key episode of Hit Parade, my third book about Keller—so if you own Hit Parade, you’ve already read Keller’s Adjustment.

If not, or if you’re ready renew your acquaintance, I’m pleased to recommend the novella to your attention. It was written in the wake of 9/11, and shows Keller’s reaction to the assault on his city. And, as its title implies, it’s about adjusting to a new reality. Perhaps it echoes the story Sam Spade recounts in Hammett’s Maltese Falcon, about a man who has a narrow escape from accidental death on his way to work one morning. He responds by disappearing, and by the time Spade finds him he has recreated his original life halfway across the country. He adjusted to a world in which beams fell, Spade tells us, and then no more beams fell, and he adjusted to that.

Another episode in Keller's life and this time he's prone to as much musing and philosophising as he is actual killing, but I don't have a problem with that as he's still great company. You do wonder though if talking to a stuffed toy in the passenger seat of his hire car, may be a symptom of some deep inner turmoil.

What happened before traffic lights? Is he a sociopath? (He wasn't a bed-wetter or torturer of small animals as a boy, and he never set fires, apart from leaf-burning duties.) Driverless cars?

We have the aftermath of 9/11 and Keller's reaction to the terrible events in his home city - the volunteering with meal service for the guys working the site at Ground Zero. And the effects the event has on his profession with the enhanced security at airports and the hassle of flying especially when trying to stay under the radar. 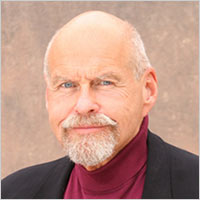 We execute a couple of contracts and get to blag a bit with the golfing fraternity, while never getting within a country mile of swinging a club. Keller also has his obligatory roll in the hay.

Impressive as ever, enjoyable, entertaining, a sense of deja-vous - Block and Keller - love it!