JEFFREY ARCHER - THE MAN WHO ROBBED HIS OWN POST OFFICE (2007) 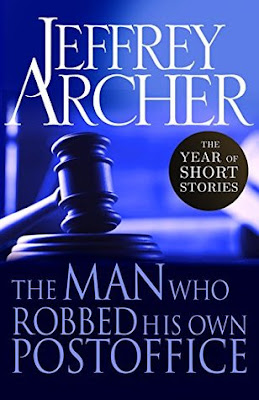 The Man Who Robbed His Own Post Office is part of THE YEAR OF SHORT STORIES and is one of a limited number of digital shorts released to celebrate the publication of Jeffrey Archer’s magnificent seventh short-story collection, Tell Tale.

Taken from Cat O'Nine Tales, Jeffrey Archer's fifth collection of short stories, The Man Who Robbed His Own Post Office is an irresistible, witty and captivating short read.

Mr and Mrs Haskins are upstanding members of a seaside town, where they rose from their ordinary beginnings to make a huge success of their local fish-and-chip shop. From there it only got better as they took the post office to new levels of prosperity. But just they start to plan how they will enjoy the fruits of their labour the Haskins fall victim to the unscrupulous directors at the Post Office headquarters. Determined to ensure they receive what is rightfully theirs, they take drastic action . . .

Not an author I would usually read but I was out and about shopping with the family and CBA wandering around one particular shop so tried to access something to read through my phone. Not especially fancying any of the free bodice rippers on iBooks this seemed the most likely option for a story I might enjoy.

And I did. We have a fairly straightforward narrative about a couple of kids, fairly oblivious to each other at school, reconnecting through National Service, starting a courtship - I think that's what they called it in the late 50s, marrying and embarking on a series of jobs, working hard and saving to improve their lot. Our couple are of a different generation to today's - no need for instant gratification - work hard and save and go without in between, until the business loan is paid off and then have a holiday.

These values serve them in good stead, as they graduate from bus conductor and fish and chip shop assistant, to owning the fish and chip shop, to running a profitable post office franchise. Their standing in the local community soars - prominent positions in the Rotary Club and the Mother's Union. They have an adult daughter now and a dog and happily make plans for their future retirement. Until they get shafted by the decision makers at the post office, who having knowingly sold them the franchise for a class A post office, downgrade theirs to that of a lower ranking and leave them high and dry, with no hope for regaining their investment.

Our worm turns and the Haskins try and take back what they feel is theirs.

Interesting story, not too many twists, but I enjoyed seeing how it was all going to play out. We have the court case fairly early on in the tale, where the Haskins are found guilty of robbery, so Archer then sets up how we arrived at this point with a subsequent update on the outcome for the Haskins.

I'm not rushing to read Archer again, but I wouldn't rule it out in a tight pinch with nothing else to hand. I may have read him about 30 years ago on a beach holiday, when similar circumstances dictated and I was scratching around for a book. 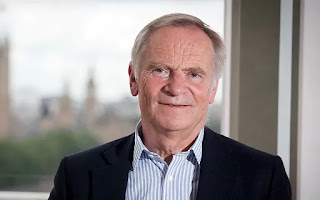 Jeffrey Archer has written many bestsellers and has a somewhat colourful past as a prominent Conservative politician during the 70s and 80s. Financial ruin, court cases, imprisoned for perjury, controversial charity work, Member of the House of Lords, successful writing career. Interesting man with a definite bounce-back factor.