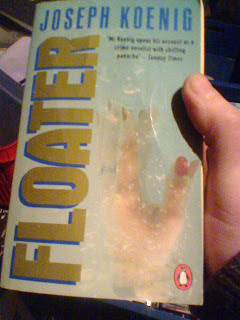 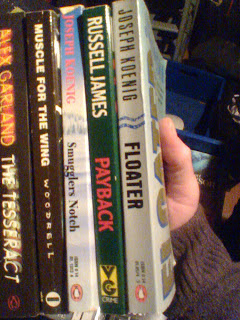 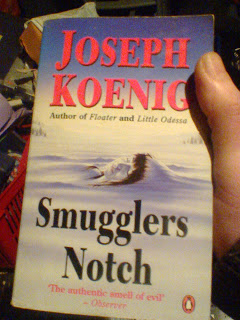 2 this week from Joseph Koenig. I can dimly recall reading Floater many years ago and being blown away by the story.

Koenig was on a roll back in the late eighties with three books published in quick succession - Floater, Little Odessa and Smuggler's Notch. Brides of Blood followed in 1993, before a near 20 year gap to False Negative in 2012

His last book - Really the Blues was published in 2014. Reviewed here. 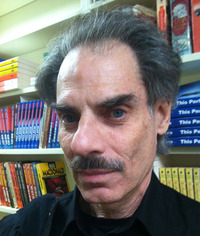 I'm always fascinated by authors that seem to vanish for a period and resurface. I'm not the only one. Sarah Weinman had a piece on her blog about Koenig in 2005, which was re-published at Mystery File.

I discovered him and many other US crime fiction authors after reading the same book Sarah references in her piece on Koenig - the excellent Into the Badlands by John Williams.

As a footnote to her article, I was informed that the title Osud attributed to Koenig wasn't one of his * @1MorePage (Pamela Malpas - Literary Agent at Harold Ober Associates) tweeted me lunchtime to advise Osud is actually by an author of the same name BUT NOT THIS Joseph Koenig! 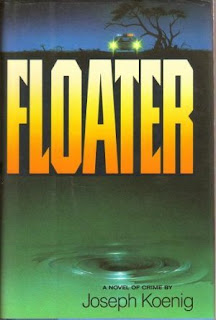 A sheriff combs the Everglades for the charming sociopath who killed his ex-wife in this Edgar Award - nominated mystery.

Years after their marriage collapses, Buck White splurges on Irene's coffin. She was found floating in a cypress swamp behind a Seminole village, her beauty marred by sadistic violence, a guitar string buried so deep in her neck that it takes two autopsies to dig it out. Sheriff White knows neither the time nor place of death, but the savaged corpse tells him to look for a serial killer: white, under forty, antisocial, and with a fondness for liquor.

The man White is tracking turns out to be a special kind of crazy. Uncommonly charismatic, he has the wit and cunning to elude law enforcement while seducing new victims. More women will die before White gets on his trail, but no one will hurt the sheriff as badly as Irene. 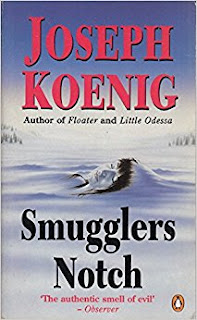 Tough cop nabs killer in order to avenge his partner's death, compensate for his own fatal blunder and redeem his honor. It's an all-too-familiar theme, but Koenig, known for well-crafted crime fiction ( Floater ; Little Odessa ), puts a spin on it. The setting is rural Vermont, and the hero, sheriff's lieutenant Larry St. Germain, is a big, brawling, lumberjack type. The novel opens with a brutal rape-murder; the victim is the teenage daughter of the state's attorney. St. Germain, who shares a log cabin with his ex-wife Annie whom he wants to remarry, bungles the arrest of sneering psychopath Paul Conklin. Resigning in disgrace, the lieutenant becomes an ambulance driver and settles down to life with Annie. Later the killer is put away but makes a prison break with a gang of thugs who go on a bloody rampage as they veer to the Canadian border. St. Germain hops into his ambulance and brings the action to a dramatic if predictable climax. Local color, authentic characters and gritty dialogue carry this snow-clad thriller.