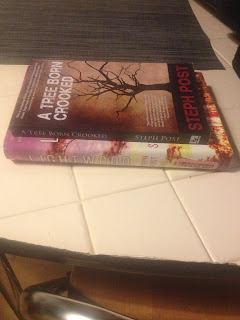 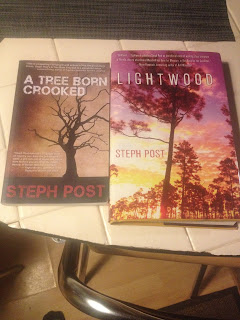 A couple on the stack this week from Steph Post.
Hands up, I've not yet read any of her work but it looks right up my street. 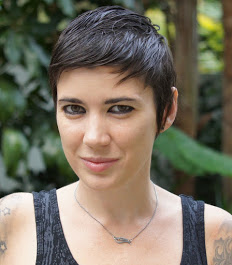 "Steph Post's prose is lyrical and evocative. Her depiction of hardscrabble life in rural Florida is so effective, you'll wanna lock the doors and crank up the AC. But where LIGHTWOOD truly excels is in illuminating the ties that bind--and stretching them well beyond their breaking point." --Chris Holm, award-winning author of THE KILLING KIND

"Brilliant...Lightwood solidifies Steph Post as the official voice of working class literature in Florida, akin to what Daniel Woodrell has done for Missouri, or Ron Rash for the Carolinas." --Brian Panowich, bestselling author of Bull Mountain

Anyone whose prose has been compared to Daniel Woodrell certainly merits further investigation, in my opinion.

Post has just seen her second Judah Cannon book - Walk in the Fire published this week by Polis Books. Better pull my finger out and start getting myself caught up then.

She can also be located at the following haunts..... 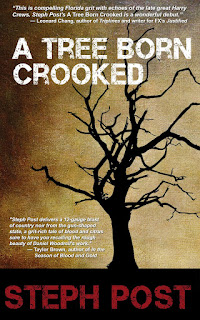 James Hart, with a tough-as-nails exterior and an aching emptiness inside, does not want to go home. Yet when James receives a postcard from his mother, Birdie Mae, informing him of his father's death, he bites the bullet and returns to the rural and stagnant town of Crystal Springs, Florida, a place where dreams are born to die. James is too late for Orville's funeral, but just in time to become ensnared in the deadly repercussions of his younger brother Rabbit's life of petty crime. When Rabbit is double crossed by his cousin in a robbery-turned-murder, James and a local bartender, the unsettling and alluring Marlena Bell, must come up with a plan to save Rabbit's skin. A whirlwind road trip across the desolate Florida panhandle ensues as James tries to stay one step ahead of the vengeful Alligator Mafia and keep his brother alive. With bullets in the air and the ghosts of heartache, betrayal and unspeakable rage haunting him at every turn, James must decide just how much he is willing to risk to protect his family and find a way home. 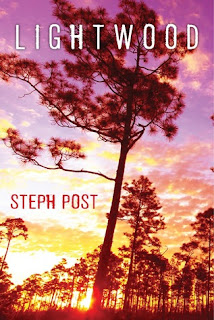 Judah Cannon is the middle son of the notorious Cannon clan led by Sherwood, its unflinching and uncompromising patriarch. When Judah returns to his rural hometown of Silas, Florida after a stint in prison, he is determined to move forward and live it clean with his childhood best friend and newly discovered love, Ramey Barrow. Everything soon spirals out of control, though, when a phone call from Sherwood ensnares Judah and Ramey in a complicated web of thievery, brutality and betrayal.

Pressured by the unrelenting bonds of blood ties, Judah takes part in robbing the Scorpions, a group of small-time, meth-cooking bikers who are flying down the highway with the score of their lives. Unbeknownst to the Cannons, however, half of the stolen cash in the Harley saddlebags belongs to Sister Tulah, a megalomaniacal Pentecostal preacher who encourages her followers to drink poison and relinquish their bank accounts. When Sister Tulah learns of the robbery, she swears to make both the Cannons and the Scorpions pay, thus bringing all parties into mortal conflict rife with deception and unpredictable power shifts. When Judah's younger brother Benji becomes the unwitting victim in the melee, Judah takes it upon himself to exact revenge, no matter the damage inflicted upon himself and those around him. Judah becomes a driven man, blinded by his need for vengeance and questioning everything he thought he believed in. With Ramey at his side, Judah is forced to take on both the Scorpions and Sister Tulah as he struggles to do the right thing in a world full of wrongs.