SOME HARRY BALLS AND LITTLE DICKS

Oh, not found what you were looking for? Punctuation never was my strong point.

Sometimes it's hard to find blurbs for older books. I read this years ago and loved it and kept hold of my copy.

There are a few rave reviews around the internet for this book. Here's a link to one of them at The New Southern Gentleman. (Spoiler alert.)

A small Georgia town, filled with a curious assortment of losers, anticipates the promise of bizarre new possibilities with the upcoming rattlesnake hunt.

In the tradition of Jim Carroll's Basketball Diaries, Eddie Little's debut novel traces the outlaw life of a young Irish American. A teenage speed freak and petty thief, Bobbie and his Puerto Rican girlfriend, Rosie, are taken under the wing of an all-round criminal opportunist named Mel, who is old enough to be Bobbie's father, and Mel's girlfriend, Syd. Bobbie's chance to get back on his feet begins as the inside man in a pharmaceutical company break-in. The ensuing crime spree takes the foursome across the Midwest and California of the early '70s--and deeper into the dark world of heroin addiction.

Only ever read a short story by Lochte, but it was in his Dog series.

SLEEPING DOG is ONE OF THE MOST ACCLAIMED CRIME NOVELS EVER.
A New York Times Book of the Year, A Nero Wolfe Award Winner
An Edgar Award Finalist, A Shamus Award Finalist and an Anthony Award Finalist
Named by the Independent Mystery Booksellers Association as one of the 100 Favorite Mysteries of the Century.

This beloved, comedy-noir thriller teams up Leo Bloodworth, a hard-drinking, middle-aged Los Angeles PI with hypertension and a low tolerance for precious teenagers, with Serendipity Dahlquist, a bright and strong-willed roller-blading 14-year-old searching for her lost dog. But things quickly escalate, plunging the oddest of odd couples into the dark underworld of sunny Southern California and pitting them against one of the biggest, and most brutal, organized crime families in Mexico.

"Outclasses, in many ways, the tales of Raymond Chandler, Ross Macdonald and other renowned California mystery writers." Publishers Weekly

“Sleeping Dog is funny and strong and a joy to read." Robert B. Parker


Fourth book in Ball's Virgil Tibbs series. I loved In the Heat of the Night

The body of an elderly Chinese importer of rare jade lies on the carpet of a quietly expensive house in Pasadena, California. In a rough semicircle around his head rest four pieces of jade; protruding from the heart is a fifth—the Ya-Chang ritual knife.Who murdered the importer? Was it Yumeko, the beautiful half-black, half-Japanese girl who lived with him? Johnny Wu, a rich Chinese-American? Another customer? Or a political enemy from overseas?Black homicide detective Virgil Tibbs finds himself in the middle of a deadly situation involving hard drugs, Communist Chinese agents, and the exotic settings of the jade trade as he coolly tracks down the murderer. "A taut, dramatic yarn." —Charlotte Observer


I've not read too many Dick Francis books - they're usually centred around horse-racing though I'm not sure about this one.


The catastrophic power of a giant hurricane can raise coastal waves 30 feet high and blow through houses at amazing speeds. When meteorologist Perry Stuart goes on a hurricane-chasing ride in the Caribbean, he learns about more than wind speed.

A partially decomposed body of a young woman is discovered in a park in Pasadena, California. The woman was strangled but not sexually assaulted. The police suspect she might be a missing heiress who disappeared over a year ago, but dental records prove them wrong. But who is she? And is there a link between the heiress and this corpse? The celebrated black detective Virgil Tibbs re-shapes the known facts regarding these two women and discovers astonishing connections. His quest leads him around the world to Katmandu where, beneath the searing "eyes of Buddha" at the famed Monkey Temple, he learns the truth in a striking denouement. 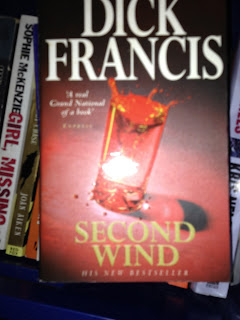 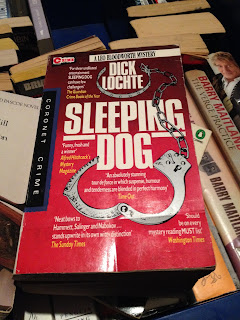 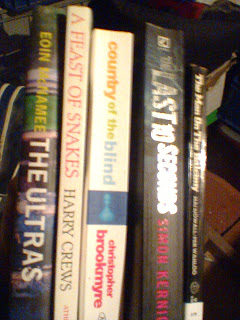 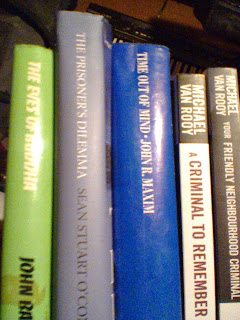 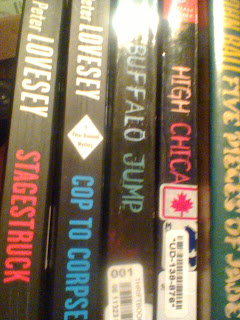 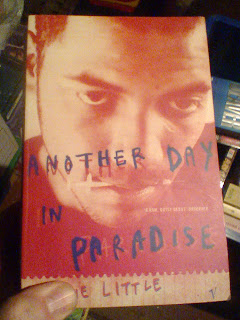