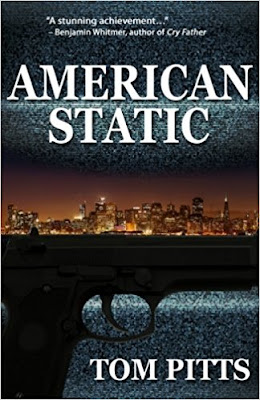 After being beaten and left for dead, Steven finds himself stranded alongside the 101 in a small Northern California town. When a mysterious stranger named Quinn offers a hand in exchange for help reuniting with his daughter in San Francisco, Steven gets in the car and begins a journey from which there is no return.

Quinn has an agenda all his own and he’s unleashing vengeance at each stop along his path. With a coked-up sadist ex-cop chasing Quinn, and two mismatched small town cops chasing the ex-cop, Steven is unaware of the violent tempest brewing.

Corrupt cops and death-dealing gangsters manipulate the maze each of them must navigate to get to the one thing they’re all after: Teresa, the girl holding the secret that will rip open a decades-old scandal and scorch San Francisco’s City Hall.

Steven finds Teresa homeless and strung out as their pursuers close in and bodies begin to pile high on the Bay Area’s back streets. Hand in hand Steven and Teresa lead the mad parade of desperate men to the edge of the void.

American Static is a fast paced crime thriller with a mystery woven in. It’s played out against the backdrop of Northern California’s wine country, Oakland’s mean streets, and San Francisco’s peaks and alleys, written by one of its favorite sons, a man who knows the underbelly of the city like no one else. American Static’s prose has been compared to Elmore Leonard, Richard Price, and Don Winslow.

“American Static is a stunning achievement and nobody could have written it but Tom Pitts. Pitts ain’t just the real deal: he set the mold for what the real deal is, and the rest of us are just plastic copies.” —Benjamin Whitmer, author of Pike and Cry Father

My first time reading Tom Pitts despite having his earlier books on the pile for more than a year or two. After enjoying American Static, it's probably not going to be too long before I read one of the others.

The book starts with a bang - a young man Steven getting jumped and robbed -  and pretty much remains pedal to metal all the way through. There's a pretty detailed outline above, so I'll avoid boring anyone with a rehash.

Setting - San Francisco, one of my favourites.

There’s a real depth to all the main players. Steven, young and foolish and in way over his head. Quinn, by one hand charming and engaging, then flick a switch - BOOM - a psychopath but a cool, clear-thinking, rational one at that. Kills for convenience or to enable a short term goal, I don't sense that he especially gets off on it. However - he's never less than interesting. He's on a mission and not much is going to stand in his way.

Pitts has a skill in making you care about the outcome for a lot of the participants, on a personal level as well as seeing how the larger narrative plays out for at least three of those involved; Steven, Teresa and Carl - a retired cop, willingly dragged into the pursuit of Quinn .

Along the way we have some unlikely alliances fostered, with a blurring of the lines as to who can be trusted and what their motivations are - there's plenty of shades of grey and at times I was undecided over how I felt about certain individuals - Tremblay, an ex-cop with a checkered past and a none too "honest Joe" present.

Plot - complex and satisfying. Revenge is at the forefront of our tale. Being the house down, or die trying, or maybe both. 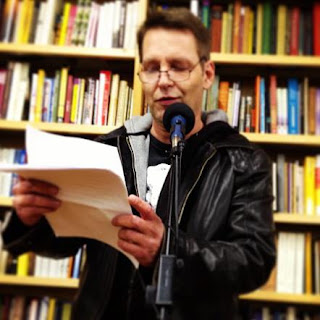 Overall - very, very good, one minor plot point kind of niggled me (and still does), and has me regarding this as slightly less than the perfect book. (Too trivial to mention, but still.)

4.5 from 5
Tom Pitts has his website here.
His earlier books are Hustle, Piggyback and Knuckleball.