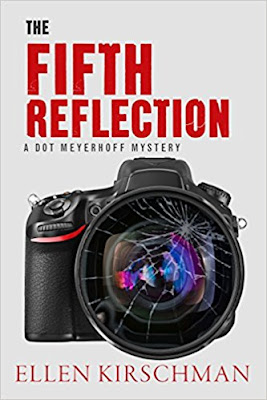 A missing child. An eccentric mother. An obsessed and troubled investigator. A police psychologist trying to help them all—at her own peril.

Police psychologist Dr. Dot Meyerhoff is pulled into the vortex of a terrible crime involving an eccentric photographer whose images of children make her a prime suspect in the disappearance of her own daughter. The principal investigator in the case is a young officer whose dedication to work and obsession with finding the missing child is tearing his own family apart. Trapped between her allegiance to the investigator, her complicated connections to the photographer, and her unstable relationship with the police chief, Dot must find a way to help everyone involved. As Dot's psychological expertise and determination contribute to solving the mystery, her involvement with the missing child's extended, dysfunctional family brings her face-to-face with painful psychological issues of her own. The Fifth Reflection delivers a chilling, up-close look at the psychological strain of investigating Internet crimes against children, the complexities of being married to a cop, and the deadliness of jealousy.

My last read of 2017 and an enjoyable exit to the year.

A young child, Chrissy goes missing and the initial fear is of an abduction by a pedophile. The child's mother, JJ is a controversial knit-your-own-yogurt, tree-hugging photographer and has aroused ire and condemnation for the content of her photographs - naked young children, portrayed as more than innocents. The child is later discovered dead and carefully dumped, but hasn't been defiled.

Dot Meyerhoff has a connection to the case through her work as a police psychologist helping officers under emotional stress from their work through counselling and also through her fiance Frank. Frank is a keen photographer and a student of JJ, the child's mother.

Kirschman handles a sensitive and troubling subject well, exploring the effect of investigating the horrific abuse of minors on the officers involved and their families. The obvious investigative route in this case is sex offenders and those with an unhealthy interest in minors. The stresses and strains of becoming immersed in this world takes an inevitable toll on Manny one of the young officers tasked with solving this case. Knowing Manny and his wife, Dot endeavours to help the pair resolve the difficulties Manny's job is causing them. An interesting dilemna - where does Dot's professional obligations cease and at what point does offering marriage guidance overstep the boundaries? There's a real blurring of the lines.

As well as the sex offender angle, family is also a line of enquiry. JJ herself with her unconventional lifestyle and strange reaction to the death of her daughter is a viable suspect. The child's father, Bucky and his partner are other options worthy of exploration.

Fiance Frank's relationship with JJ is also a cause of conflict with Dot. Frank feels overly protective of the woman, especially in respect of her loss and her physical beauty provokes more than a bit of insecurity with Dot. Dot is having trouble fully committing to Frank, still suffering the scars from getting burned in a previous relationship. Using Frank to pump JJ and others in the photography class for information, increases the tension between the pair.

I liked this one. The mystery is eventually solved, Dot playing a helpful role, despite having no investigative authority. We discover the circumstances of Chrissy's death, but for me the interesting angle was the tensions between the lead players in the novel and how those issues played out. Dot's hot-cold relationship with the police chief is an on-going saga. I don't think the emotional effect that traumatic cases have on those investigating them is often fully appreciated.

Great mystery, interesting characters and dynamics, plenty of personal entwined with the professional, a difficult subject sensitively handled. What's not to like? 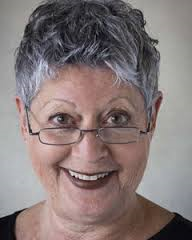