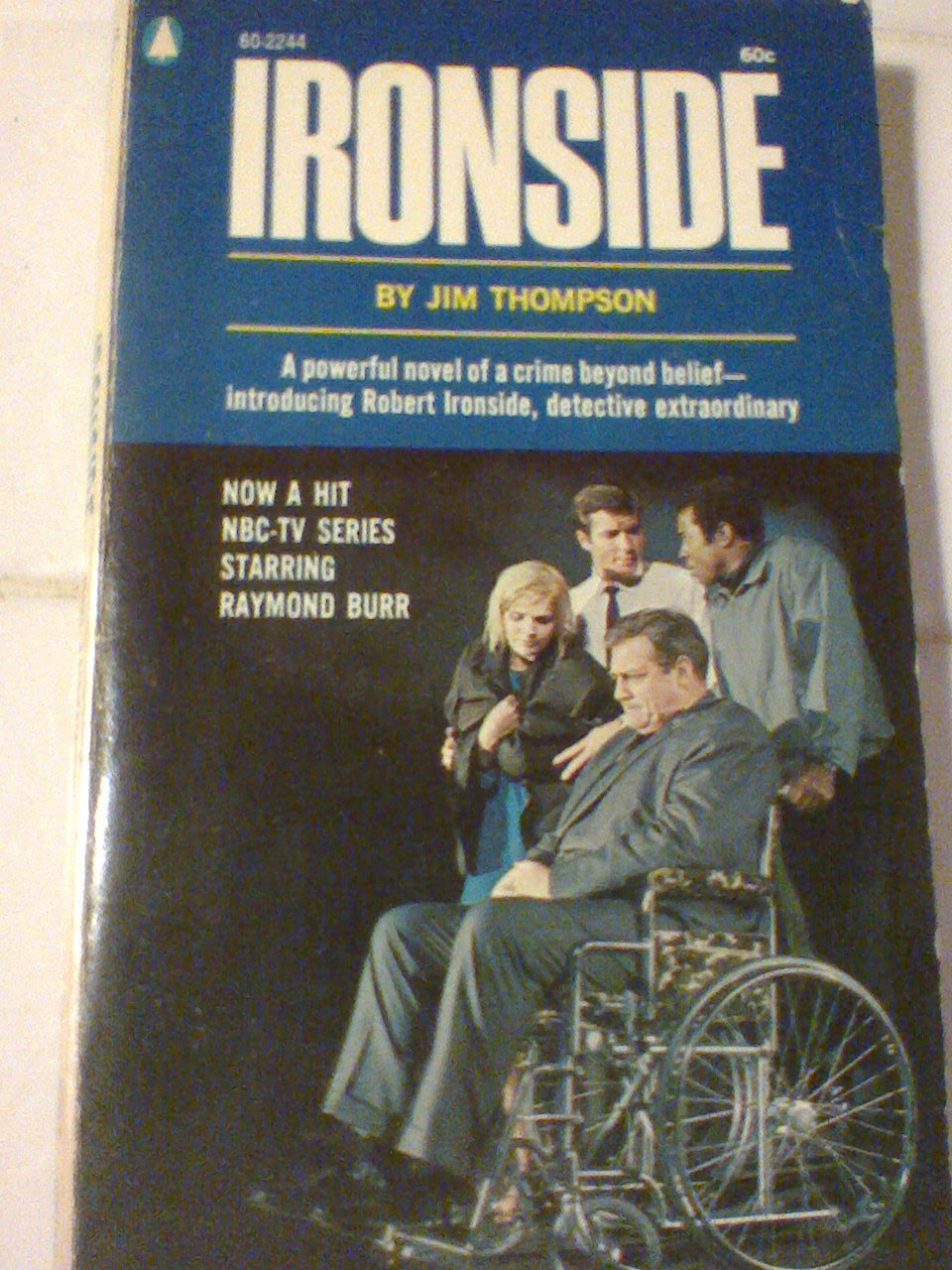 Confined to a wheelchair, paralyzed by a would-be-assassin’s bullet

The brilliant detective with a genius for flushing out evil faces his greatest challenge: a faceless murderer stalking San Francisco – a different kind of killer who slays not out of revenge or greed but out of love – a fanatic with a sacred mission to kill.

Well a 1967 book and a bit of a nostalgia trip for me. My dad, long since departed bless him, wasn’t a massive fan of US television, television full-stop really, but one exception to the rule would have been Ironside. In 1967 I would have been 4 years-old and can dimly recall us watching this as a family. False memory? Perhaps, but one I’m happily clinging on to. In truth the series ran well into the early-70s so I might well have been 8 or 9 when we watched in black and white!

Anyway – fond memories of my dad refreshed, a Jim Thompson book to boot and after a couple of ropey months being underwhelmed by Sax Rohmer and Chester Himes an enjoyable contribution to Rich Westwood’s Past Offences monthly meme. This month being 1967.

Onto the book then…..much better than the last Thompson book I read The Rip-Off, back in October,2013.

We have a murderer roaming San Francisco, prowling the bars, but disguising his methods and soon after we have Mark Sanger, Ironside’s black assistant in jail, held on a potential murder charge after an altercation with a man who was racially abusing him. Ironside’s focus is on finding out who killed Sanger’s attacker, after Sanger himself had been knocked unconscious. 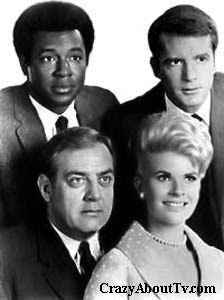 As our mystery unfolds, we are introduced to a variety of characters and some tangentially related incidents, which whilst appearing to be separate strands in the book, by the conclusion are all woven together.

Ironside gets to showcase his incorruptibility and resistance to outside pressures, as well as, in Sanger’s absence struggling to assert some level of independence and mobility in the face of his physical infirmity. Bravery or stupidity? Certainly stubbornness. 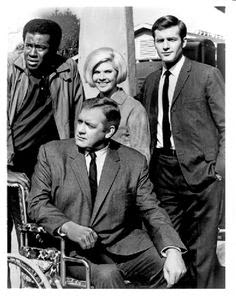 I really enjoyed this one, particularly when Thompson plants you inside Ironside’s head. Is he a decent man, for not acting on his implied feelings towards his attractive assistant, Eve or is he an old lech for having those feelings in the first place? Was it commonplace in a 60’s work environment for an authority figure to want to admonish a female by the application of a smack on the backside, or is there a darker side to our main character’s psyche? I get the feeling Thompson had a bit of fun pushing the boundaries as far as he could with this.

I’m not usually a massive fan of novelisations of films or TV shows, but this I really liked.

Click the year to see what other folks have been enjoying for Rich’s 1967 meme.

Moira at Clothes in Books blog – enjoyed this one a few months ago. Her thoughts are here.

I bought a secondhand copy of this a few years ago, from I can’t remember where.

As a final thought – did people have better eye-sight in the 60’s? 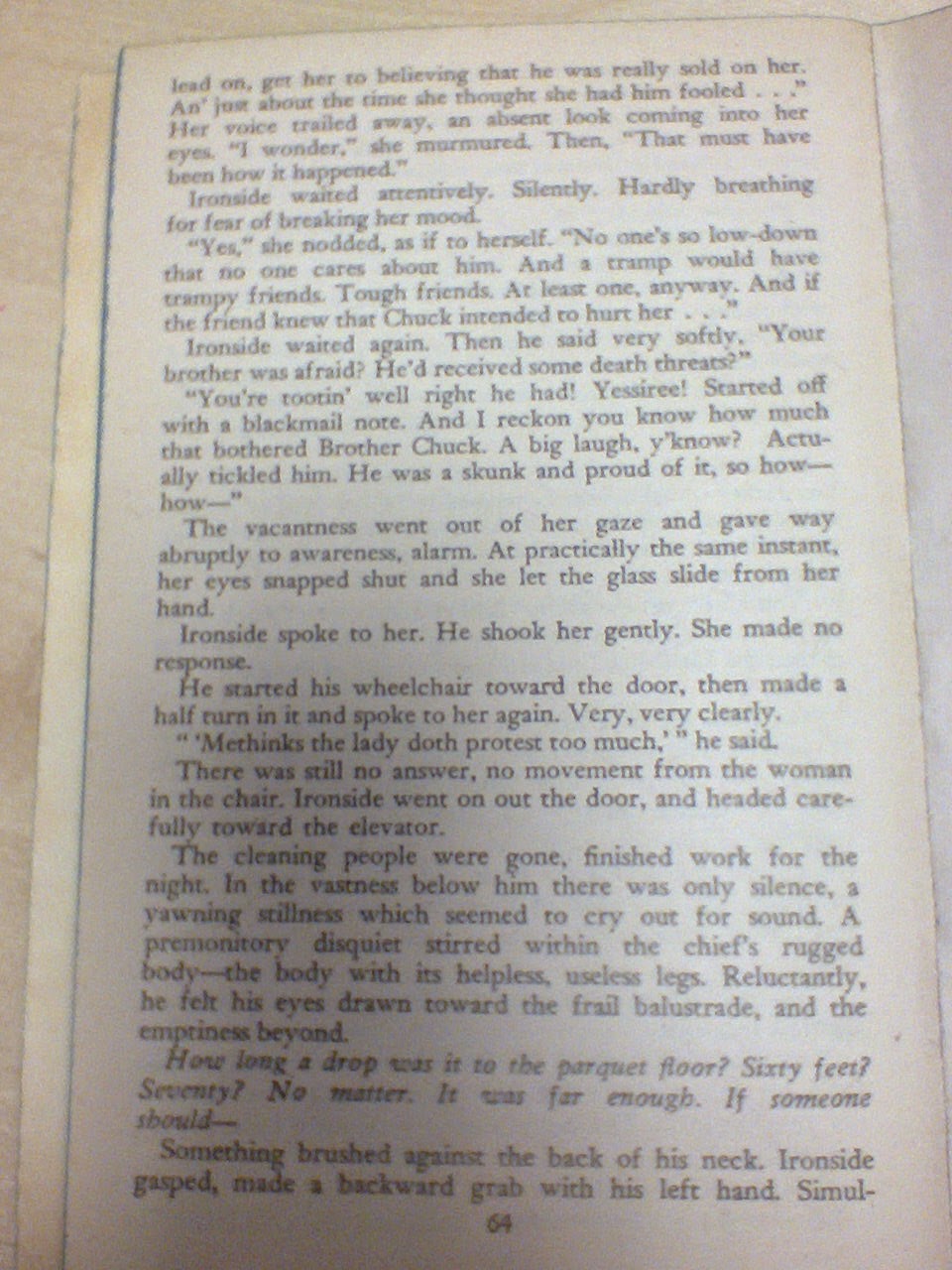 With 42 lines of text to a page, I was restricted to reading this during daylight hours at the weekends!