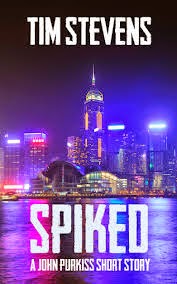 SPIKED sees Purkiss in Hong Kong a few days before Christmas, investigating the stabbing to death of a British intelligence agent. A second agent has been accused of the murder – but is the case as cut-and-dried as it seems? And can Purkiss escape the Triads in time to solve the crime?

A last minute read to get me up to 10 for the month.

Only 15 pages long, but plenty here to entertain me and it’s another new author sampled and another that I want to read more form on the back of this initial taster. As we have an agent involved, I'll also give myself a tick in the Espionage Challenge, even if the story focuses on spooks all on the same side.

John Purkiss, a British agent is dropped into Hong Kong to look into the death of another agent, possibly at the hands of a third. His presence isn't particularly welcomed by the resident spook responsible for managing the politically sensitive situation.

Purkiss secures some reluctant cooperation and is soon attracting the murderous attention of some triad killers – seeking to avoid exposure and eliminate any threat to their operation. 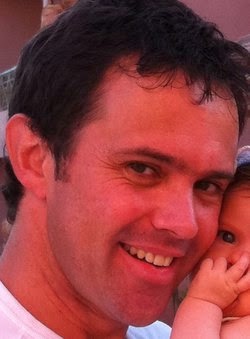 Short but with depth and a satisfying conclusion. More from this author in the future for definite.

There are five or six full length John Purkiss books available and I think I have the first couple – RATCATCHER and DELIVERING CALIBAN.

Tim Stevens is a British author and he is fairly prolific. He has a couple of other series on the go – Joe Venn, an NYPD Detective – 6 books and Martin Calvary, an ex-soldier-assassin – 2 books so far.

Spiked was available as a freebie on his website after signing up to his newsletter.
Posted by col2910 at 00:30