QUESTIONS AND ANSWERS WITH DAVE PUTNAM

Latest author to submit to a bit of questioning regarding their writing process and reading habits is Dave Putnam, author of two published (and many unpublished) novels so far. 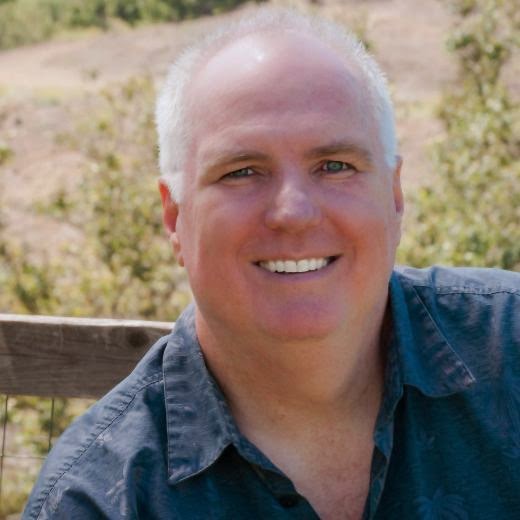 The Disposables hit me in the face early 2014. (Review here.)

The Replacements kicked me in the groin last month! (Review here.)

I wonder what's in store next time around?

Q. You worked as a cop for how many years before retiring?
I started as a Sheriff’s explorer at age sixteen. At age nineteen I was hired by Ontario Police Department as a Cadet-someone who is like an intern. I worked the front desk and took fingerprints of teachers and drug users and sex offenders. At night I was allowed to ride along with the regular officers. I enjoyed the job so much I worked and rode along for 70-80 hours a week. At twenty years old Ontario liked my work ethic and hired me as a regular patrol officer in 1979. I worked just under four years with Ontario and wanted more action. I laterally transferred to Los Angeles County Sheriff’s Department where I worked South Central Los Angeles (the place The Disposables was set) in patrol and narcotics. I got all the action I could handle. I then transferred to San Bernardino County Sheriff’s Department, the largest county geographically in the U.S. – 20,000 square miles. I worked there for 22yrs. Narcotics, violent crimes, criminal intel. Internal Affairs and SWAT (two tours in SWAT-nine years).
Q. Presumably you have plenty of fuel for future stories from many years as a cop. Is there one funny story you can share with us?

I have lots and lots of funny stories.

Here’s one:
Out in a district of San Bernardino desert, Joshua Tree a lot of strange things occur because people who want to get away from society flee to this desert haven. One Halloween a man addicted to painkillers overdosed and dropped dead as he walked across his front yard. He’d fallen down drunk or overdosed before (but not dead of course) so his wife left him there to sleep it off. Trick or treaters came to the house to get candy and stepped over the man. They thought him a prop for Halloween.

Long about midnight the wife in the house watching her big screen television looked out the open front door and saw her husband still lying in the front yard and thought she should bring him in because it was getting cold. She took hold of his boot and drug him into the house banging his head and tearing his shirt. Once inside she touches his face and thinks he’s “Oh, he’s cold.” She gets a thermometer and attempts to put it in his mouth but his teeth are clamped shut with rigor mortis. So she takes all his clothes off, flips him over and sticks the thermometer in his rectum. When she pulls it out she sees that he is in fact cold and gets a hairdryer and tries to warm him up with it. Her front door is still open and a deputy on patrol in the area is driving by real slow. She runs out and flags him down, tells him her husband is sick. The deputy calls it out on the radio asks for medical aide to respond and runs in the house. He finds a dead guy lying on his stomach with a thermometer sticking in his rectum and his wife trying to warm him up with a hairdryer.
Q. Cop or writer, which is more difficult? Which is more satisfying?
I started writing over twenty years ago. I was working a surveillance of a meth lab way out in Lucerne Valley. I always kept novels in the backseat of my undercover car for times when I didn’t have the “eye,” the position of responsibility to watch the location. I was down to my last book a national best seller. I started to read it and thought the story and craft absolutely awful. But I was stuck and had to read it all the way through. I decided I could do better and wrote my first four novels on legal pads (four each). I found that a good author makes it look easy and that this new endeavor was far more difficult than I thought. In twenty years of writing I went to numerous conferences on writing, and book or fan conferences. I attended read and critique groups, I had four agents with over a hundred and fifty rejections from New York publishers. I wrote 38 novels before number 34 (The Otherside of Forever the early title for-The Disposables) sold. I’m on novel number 4. I just received an email from the publisher and they are going to pick up book number three The Squandered. So to answer your question I have to say writing is far more difficult than cop work.
Q. What’s been the highlight of your writing career so far?

Michael Connelly emailing me and saying that he picked up my book and read it all the way through, that he couldn't put it down. He gave me a great blurb. I will be forever greatful to him.

Second would be when I found The Disposables reviewed in Publisher Weekly. Oh, but if my wife asks the highlight of my writing career was when I met her in a novel writing workshop.
Q. From start to finish how long did The Replacements take to write?
Four months
Q. Was it an easier book to write following on from Bruno’s debut appearance in The Disposables or more difficult?
Much easier by far because I knew the characters.
Q. Was it always your intention to write a series with an ongoing series of characters?
As I said, I was on book number 38 when the publisher said they wanted number 34 The Disposables. I stopped what I was writing at the time and immediately started on the sequel. I had always thought no matter what book sold I’d go back and do a sequel.
Right now I also have a young adult novel going around New York called Three Days of June, A sci-fi time travel book going around New York about a female SWAT deputy who is transported in time back to the Alamo and how her weapons and tactics would impact the outcome of that battle. There is also a third book making the rounds in New York, it's about flawed detective who saw his wife die right in front of him in a horrible car accident and now she’s returned as an apparition that constantly chips away at him with smart alec remarks. This same detective has also been exposed to a hazardous waste spill and thinks he can turn invisible, alas though he can not.
Q. Will we see more of Bruno Johnson in the years ahead?
The publisher just accepted The Squandered and I’m working on book four as we speak.
Q. Are there any subjects off limits as far as your writing is concerned?

I only write what fits my story at the time. I write to entertain so this parameter keeps me on the straight and narrow.
Q. Do you steal any traits from friends and family for your characters? Would they recognise themselves?
When I’m writing about a character I usually have someone from my past in mind, someone from the street or from work so when I write their dialogue I can hear their voice. Robby Wicks for example is an amalgamation of three supervisors I’ve had throughout my career, three horrible, small brained supervisors.
Q. Are you a plotter? Do you have a beginning, middle and end all mapped out before you start, or does the story unfold of its own accord as you write it?

I start with an inciting incident that usually is taken right out of my past. I fictionalize it a little and drop it into my conflict. I write with the four c’s Conflict, Complication, Crisis, and Conclusion. I know what’s going to happen at the beginning and at the end. I have no idea what’s going to happen in the middle. That’s the fun part about writing, the unknown. And even sometimes the fear of the unknown. I call it the belly of the book. I finish the conflict and drop down into the belly of the book. And sometimes I wallow there far too long.
Q. Did The Disposables or The Replacements finish up the same books, you envisaged when you sat down to write?
No, not really because I didn't know what would happen in the middle. I only knew how I wanted Bruno to evolve in the end.
Q. On your website you say you penned 4 novels while on quiet times at stakeouts, will these see the light of day, or do you feel they’re forever confined to the bottom drawer of your writing desk?

I have a wonderful agent right now who has marketed twelve of my novels throughout New York. Those twelve novels are publishable the earlier ones are not. They were a learning experience. I’m just a simple knuckle-dragging street cop and it took me a long time to figure out how to write.

The last twelve might see the light of day but probably not. I write two books a year right now and at my current craft level. I’d have to stop and restructure those books and I’d prefer to continue forward. What I might do is put them up myself as e-books. 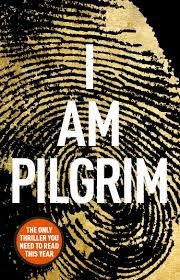 Q. Who are you reading and enjoying?
Just read I Am Pilgrim and loved it. I’m reading Marauders and really like it the craft is impeccable. I’m also reading the sequel to Rage for The Dying, which I liked both a great deal. I read Girl on a Train and did not like it. 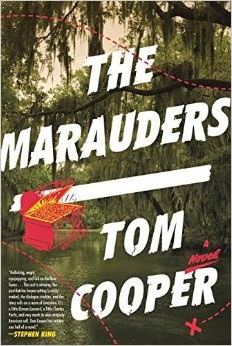 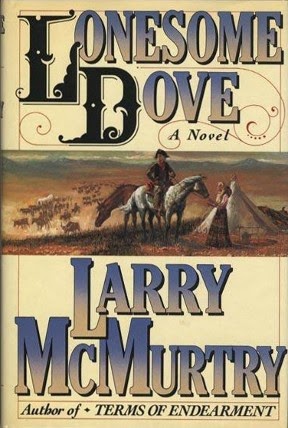 Oops, I just answered that one above.
Q. Is there one all-time favorite book you wished you had written?

The one I keep going back to reread is Lonesome Dove. What a masterpiece.
Q. Favorite activity when not writing?

Chasing my wife around.
Q. What’s the current project in progress? How’s it going?

I am working on three novels right now and because there are three of them they are not coming along very well at the moment. Once one of them takes over my life then I’ll drop the other two until later.
Q. What’s the worst thing about writing and getting published?

The worst? The waiting. I waited twenty years. Received right in the neighborhood of 150 rejections.
Q. What’s the best?

The best are the readers who come up to me at conferences or write reviews and tell me how much they liked the story.