QUESTIONS AND ANSWERS WITH THATCHER ROBINSON Latest author in the Q+A hot-seat is Thatcher Robinson. Robinson is the author of two mysteries set in San Francisco's Chinatown. 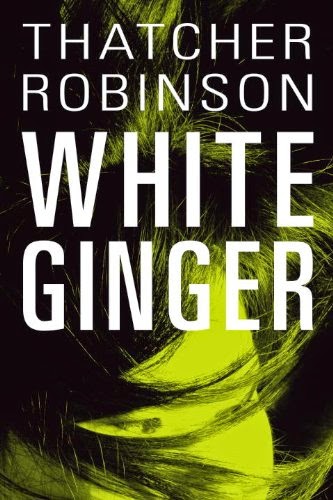 Fierce loyalties, staunch compassion, and a weakness for strays lead Bai Jiang--San Francisco's best known "souxun," or people finder--into violent conflicts that test her pacifist beliefs in the brutal world she lives in. Armed with Buddhist philosophy and wicked knife skills, Bai Jiang works at being a better person by following her conscience, while struggling with what she likes to think of as "aggressive assertiveness." 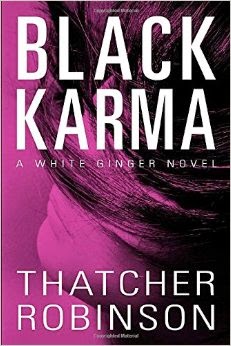 Bai Jiang - San Francisco's best-known souxun ("people finder") - is hired to track down the mysterious Daniel Chen. Police inspector Kelly suspects Chen of being involved in a botched drug heist that resulted in the death of an officer. Bai has her own suspicions.  She thinks the police just want to see Chen dead.


World conflict and family strife explode as adversaries face off in San Francisco's Chinatown, a world away from the one we know. 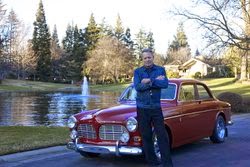 I now write full time. Before taking up writing, I managed projects developing top-secret cyber warfare tools for the military and government agencies. Prior to that, I was a software specialist for the IBM research labs.

Writers are often anxious to validate their efforts.  It’s almost impossible to resist the urge to submit a fresh manuscript and receive the accolades one might expect. I’d caution fledgling writers not to rely on friends and family for critical feedback. Find a writing group or an instructor willing to give an honest appraisal of your work before sending the manuscript off to an agent or publisher.

Having said that, I've been told my experience in getting published is a rarity. I don’t have a background in writing, so I decided to take a writing class from a local professional. She looked at my work and told me to find an agent. I sent queries, along with the first three chapters of White Ginger, to eighty agents via email. Within days, I received three positive replies offering representation. I chose my current agent, who consequently sold the book in a relatively short time­less than two months.

No gems, but I do have a couple un-published turds in the bottom of my desk drawer. If I become really successful, my publisher will undoubtedly print my literary turds after I die. If you happen to read my obituary…I’d caution you against buying any new books with my name splashed across the cover.

Q. What's been the highlight of your writing career so far?

The highlight of my writing career to date is the starred review I received from Library Journal for Black Karma. All of the other publications gave favorable reviews, but the Library Journal featured Black Karma along with the pick-of-the-month. Validation is like opium to a writer. I was high for about a week on that review.

My typical writing day is atypical. I don’t write every day. I don’t have a set time. When I write, I drink lots of coffee, tea and diet colas to keep me motivated. When I've ingested enough caffeine, I get giddy and start to vibrate, bouncing up and down as I pound on my keyboard. I don’t recommend this method for everyone, but it works for me.

I used to attempt to write 2000 words a day. Then I realized I was filling page after page with useless crap. I now spend a lot more time thinking about what I’m going to write, and even more time determining what I’m going to edit out. I refer to this process as ‘skinning the pig’.

I’d like to take credit for masterful plotting and planning, but very little of what I do is on a conscious level. I never know where the book is going until the words fly across the page. Sometimes, after several hours of writing, I’ll go back and read my manuscript only to find I don’t even recognize much of what was written. I suspect my cat of adding dialog when I’m not looking. Cats are crafty and have a strange sense of humor.

Q. Bai Jiang and her extended family have appeared in your two published novels, White Ginger and Black Karma so far. Will we be hearing more about your Chinese American souxun (people finder) in the future?

I've just posted the third installment in the White Ginger series to my agent. If she likes it then there’s a good chance you’ll be reading more about Bai Jiang and her friends in the near future.

Q. How familiar is San Francisco's Chinatown to you? It's somewhere I have only ever visited in reading and through film.

I've lived and worked in San Francisco on-and-off over the last 40 years. Chinatown is a place I naturally gravitate to. I love the bakeries, the noodle shops and the dim sum restaurants. The energy in Chinatown has a raw feel to it. The people are industrious, driven, and, by western standards, perhaps a bit abrupt. But the cultural differences are what make Chinatown interesting.

Q. Awkward question, and apologies if I have phrased it insensitively, you don't appear to have an Oriental ethnicity or name. How can you write so knowledgeably about San Francisco's Chinese community?

Since childhood, I've been referred to by my Asian friends as an inside-out banana­white on the outside and yellow on the inside. As a child and then as a young man, my best friends were Chinese and Japanese. My first job was working in a Chinese market. I make a habit of marrying Asian women.

But leaving aside my attraction to all things Asian, I’d like to emphasize that my works are purely fiction. The picture of the Chinese community I paint is not real. Sun Yee On doesn't have a strong presence in San Francisco’s modern-day society and Bai Jiang is a figment of my skewed and somewhat lascivious imagination. My books are meant solely to entertain.

Q. Do you have to do much research for your books? 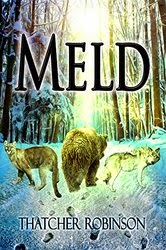 I did quite a bit research for the first book, White Ginger. I studied the history of triads and researched gang-slang to make the dialog more authentic. (The Hong Kong task force on organized crime has a wealth of information.) I still spend time researching language, modes of ethnic dress, and trivia that pertains to the Chinese culture to stay marginally accurate for the sake of my readers.

Q. Any plans in the future for some non-Bai books? Not that I've tired of reading about her - far from it.

I recently self-published a fantasy novella called Meld on Amazon. I wanted to see what was available in the way of marketing tools and how difficult it would be to find a market. With over six million books on Amazon, the task has proved to be daunting. I’m still learning and experimenting to find methods of effectively reaching interested readers. 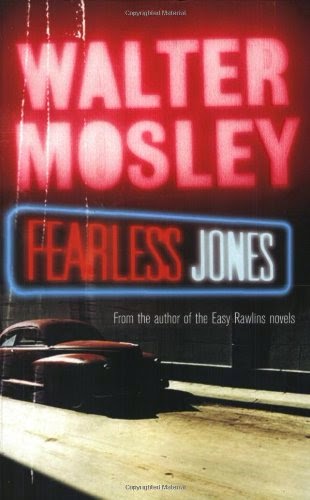 I just finished Walter Mosley’s Fearless Jones, a novel featuring his protagonist by the same name. It was a good read. Walter Mosley’s sense of mid-twentieth-century Los Angeles is engrossing and his characters are colorful.

Q. What's the current project in progress? How's it going?

I’m currently working on an off-beat Western. The genre is a change of pace for me. I’m employing a male protagonist with a first-person perspective in this book. The plot revolves around a historical wagon train massacre that took place in Utah in the 1840’s. A group of settlers traveling west were murdered by Mormons, who then tried to blame the atrocity on Indians. The humor, as you might guess, will be quite dark.

Q. What's the best thing about being published?

Bad reviews are the worst part of being published. With rare exception, my reviews have been favorable, but even the rare exception can sting. No one likes to be told their children are ugly.

Q. If I pop back in a couple of year's time – where do you hope to be with the writing career?

I’d like to be writing from a white-sand beach in Hawaii. If enough books sell, you’ll find me there with a cold beer in one hand and a notepad in the other. I've been practicing my one-handed beer drinking and feel like I’m finally up for the challenge.

Many thanks to Thatcher for his time. You can find out a bit more about him and his books at his website over here.
Posted by col2910 at 00:30