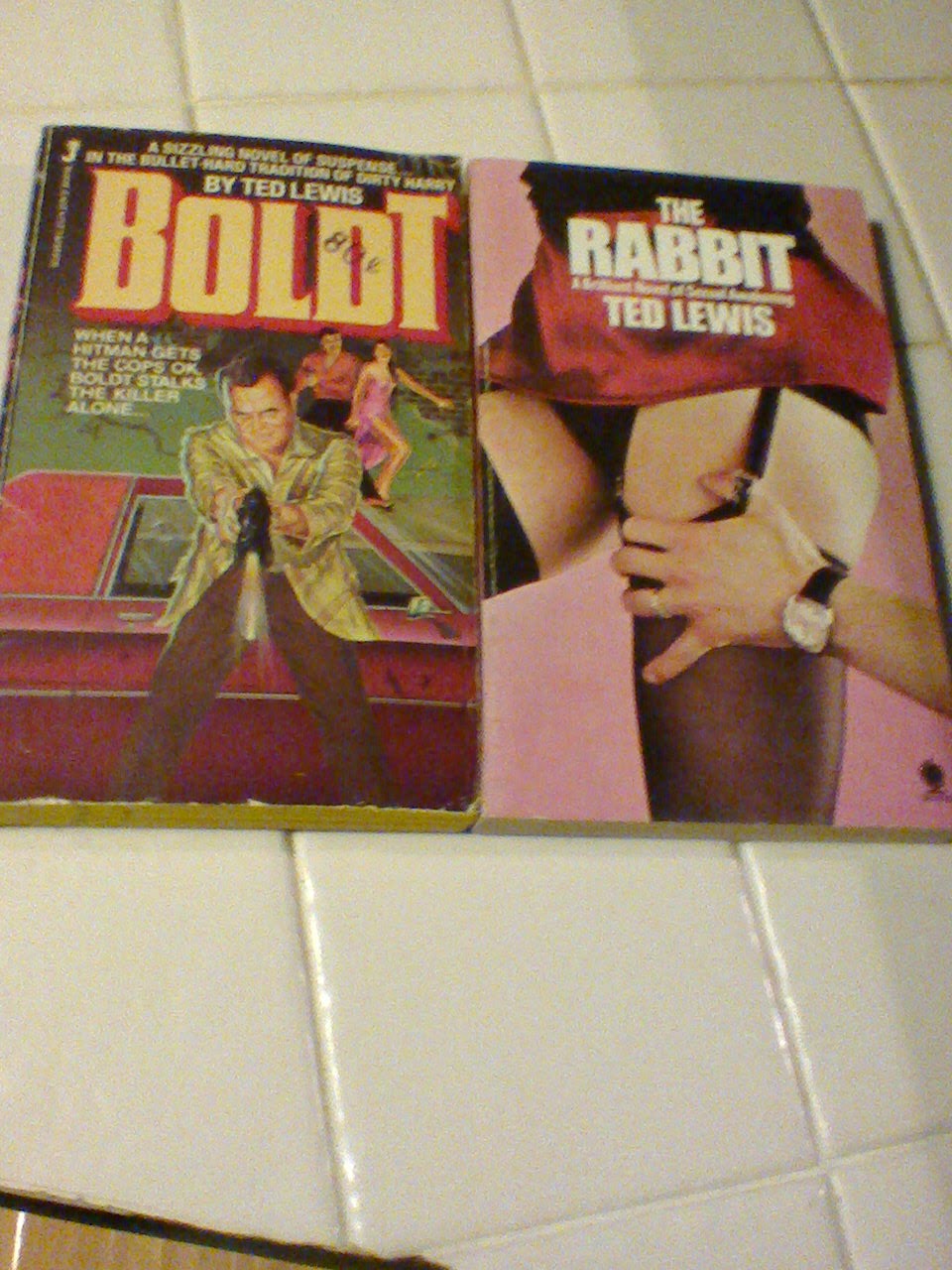 I've read a couple of books from Ted Lewis in the past, most notably GET CARTER, which was also an iconic film starring Michael Caine.

He wrote nine books in his lifetime, three in the Jack Carter series, which kind of puzzles me because I’m fairly sure Michael Caine dies at the end of the 1971 film. I can’t recall the ending of the book well enough to set my mind straight. 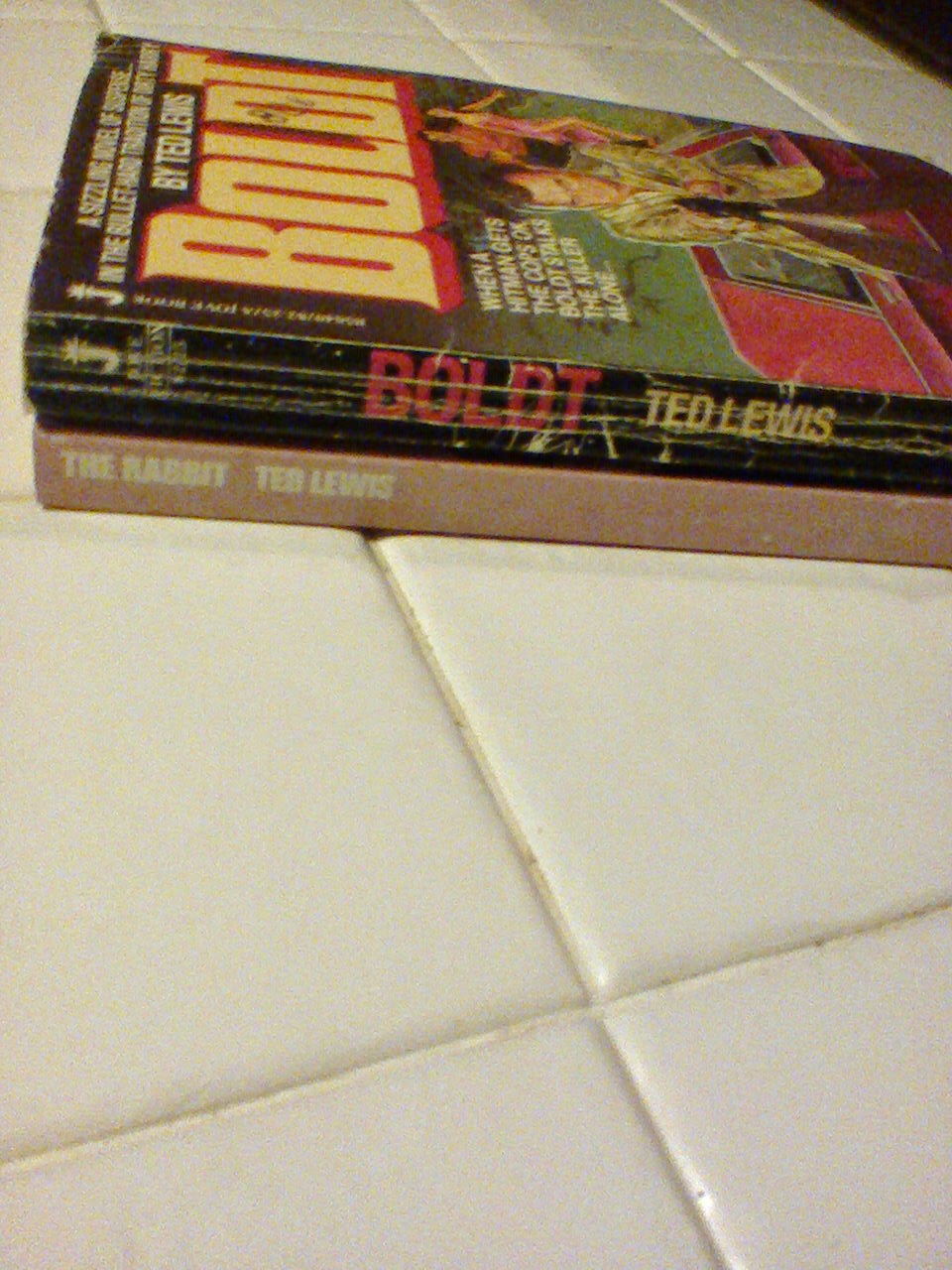 These two came out in the mid-70’s and are still quite hard to find, though I believe they are being re-published as e-books at some point in the future. (A conversation I had over on Keishon’s site  Yet Another Crime Fiction Blog a year or so ago informed me of that fact.)

There's a more detailed article on the man and his books, from Brian Greene over at Allan Guthrie's Noir Originals site - here. 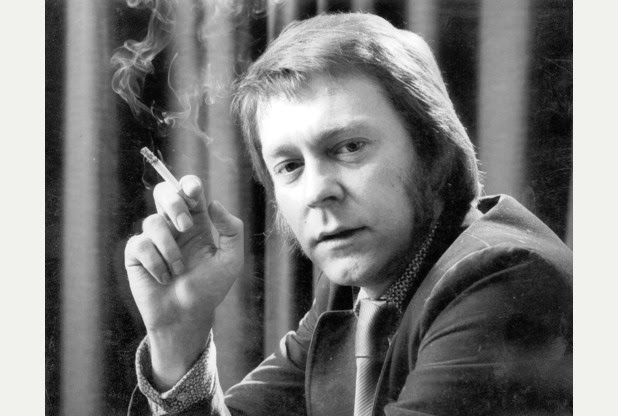 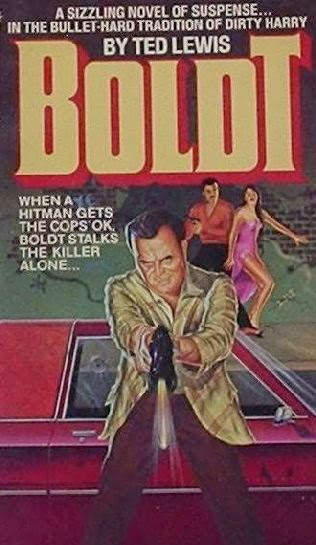 A veteran cop, with a laid-back attitude and too many lean years on the force. Until his politician brother tours the old neighbourhood – and is marked for death.

When a celebrated hitman swings into town, Boldt was sure he had his thug. But the cops order him to back off, the Mafia offers him a gig – and Boldt isn't sure of anything anymore. 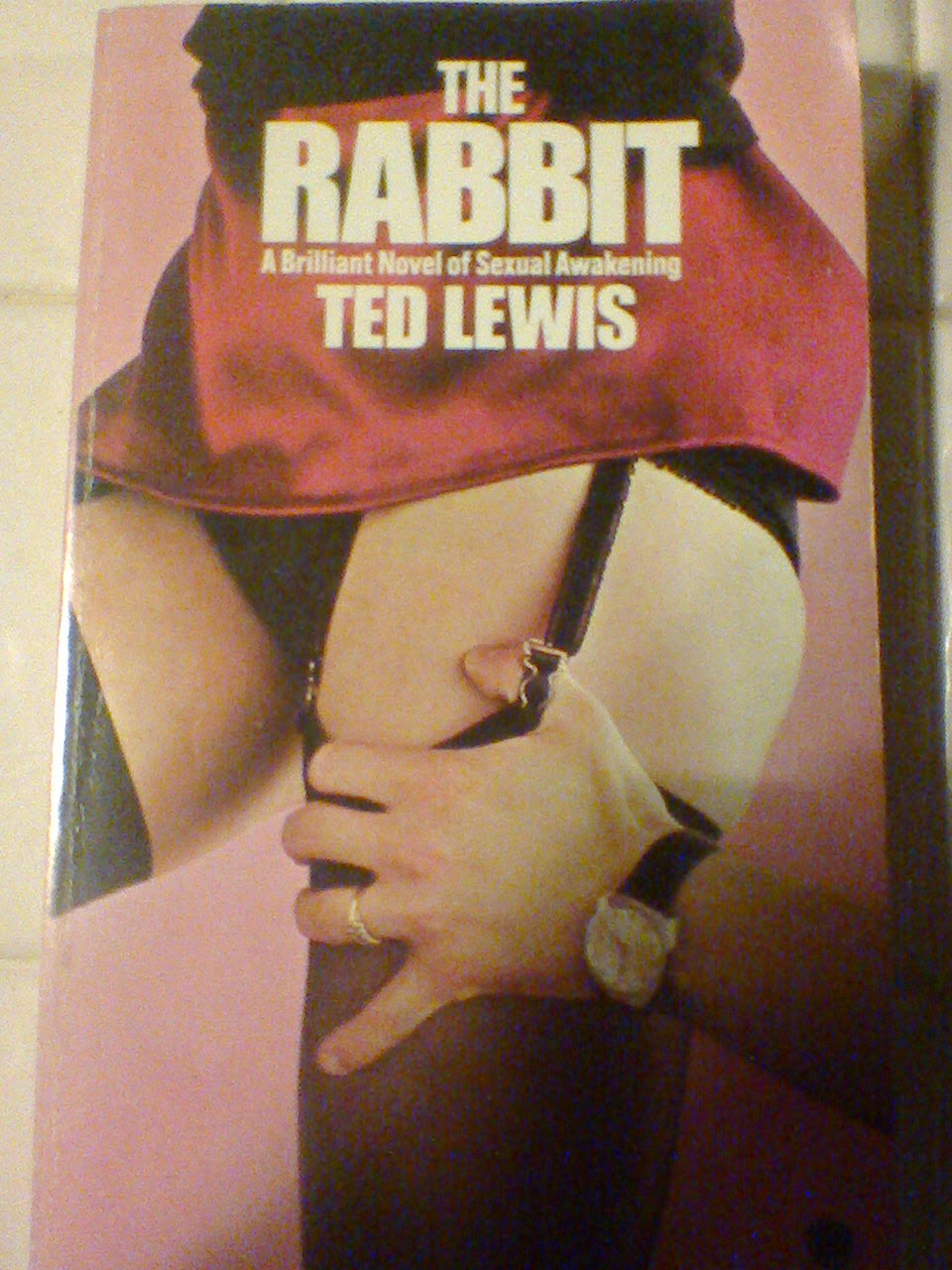 “Mr Lewis has left gangsterland for a real landscape in what is perhaps his best book so far.”
THE TIMES

The author of the JACK CARTER thrillers turns his skill in a new direction with this harshly moving story of a teenage boy’s sexual awakening.

“Mr Lewis’s account of the stumbling failures of early sexual encounters exactly catches that mixture of the ludicrous and the passionately painful which most of us can remember.”