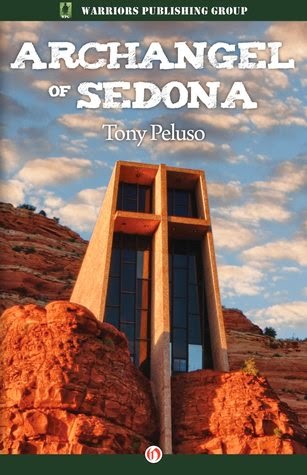 At the site of a world-famous architectural marvel located in the heart of the mystical red rock country surrounding Sedona, Arizona, a young college student encounters an ancient secret that holds the key to the origins of the universe. Haunted by his epiphany over decades, unexplainable—almost miraculous—events overtake him, until he has a revelation that compels him to go on a dangerous quest to resolve the mystery.

Archangel of Sedona documents the personal story of Tony, a veteran integrating his combat experiences with his metaphysical awakening in the Red Rock’s atmosphere of infinite space and boundless silence. His hero’s journey through both beauty and danger combines mystery, adventure, and spiritual discovery.

An unintentional and accidental read this one. I was e-mailed by the publisher Open Road seeing if I wanted to take a look via Net Galley. I replied saying thanks but no thanks and then hit the Net Galley button to check again and confirm my negative response only to inadvertently accept it.

Not my usual type of book, though I have to say I really enjoyed it once I started. The author has an engaging style of writing and from fairly early on, I was engrossed and eager to find out what was going on and the rationale for events.

We start with an eleventh century happening among the Indian tribes that inhabit the Sedona area of Arizona. We pick up with our narrator Tony visiting Sedona in the 60’s and an unexplainable encounter at the Catholic Church in Sedona. Tony’s life continues in the service during the Vietnam War then afterwards with some legal training working for various justice departments preparing paperwork for trials.

A lingering obsession with events from his 60’s visit to Sedona and the discovery that the controversial statue of Jesus disappeared from the church some years ago, brings Tony back to the area ostensibly for a holiday with his reluctant partner Gretchen, but really to do some digging.

The second half of the book was compelling, with Tony upsetting a few people in Sedona with his questioning. His subsequent hook-up with ex-army grunt Eddie Grimes and their subsequent escapades in an environment where everyone they crossed paths with had the potential to be untrustworthy and potentially harmful to them both ramped up the excitement. 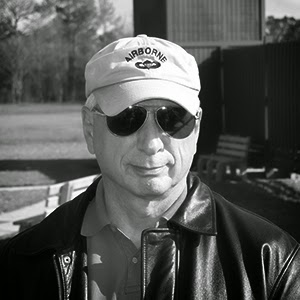 Unexpectedly enjoyable, likeable characters, easy-flowing narrative, plausible explanations for events, possibly a little bit too much detail in respect of the firearms, but he obviously knows his stuff.  Maybe 90% straightforward mystery and 10% non, which was a balance that I could readily accept. The book is populated with images/photographs throughout which also added to my enjoyment.