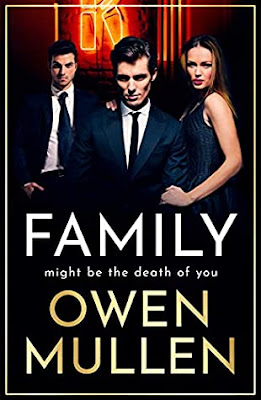 Synopsis/blurb....
Family – might be the death of you…
The Glass family business is crime, and they’re good at what they do. Vengeance took Luke Glass behind bars – but now he's free and he's never going back. Luke wants out of the gangster life – all he has to do is convince his family to let him go.
His brother holds the reins of the South London underworld in his brutal hands - nobody tells Danny Glass no and expects to live - not even DCI Oliver Stanford, bent copper and one of the Met's rising stars. The way Danny sees it, his younger brother and sister Nina owe him everything. The price he demands is loyalty, and a war with their arch enemy gives him the leverage he needs to tie Luke to the family once more.
Luke can't see a way out, until Danny commits a crime so terrible it can't be forgiven. Love turns to hate when secrets are unearthed which pit brother against brother. Left with no choice but to choose a side, Nina holds the fate of the family in her hands.
In the Glass family, Owen Mullen has created a crime dynasty to rival the Richardsons and the Krays. Heart-pounding, jaw-dropping with non-stop action, Family is perfect for fans of Martina Cole, Kimberley Chambers and Mandasue Heller.
A busy new book from Scottish author Owen Mullen and one that takes the reader to a vicious gangland world of South London. It's a fast-paced read, violent and populated mainly by a bunch of aspirational criminals, assorted hangers-on and the odd bent policeman or two.
At its heart is the Glass family comprised of Danny - leader and chief nutcase, Luke - fresh out of prison and Nina - part of the firm but sick of Danny's controlling ways. Luke wants out. Nina's trying to build a nest-egg. Danny is trying to rule with an iron rod while propagating the myth of "Team Glass" and family.
As well as the in-fighting and separate agendas there's a rival mob looking to take down the Glass family as payback for the death of Albert Anderson - the crime for which Luke Glass got incarcerated. Hot-head Rollie Anderson, son of the aforementioned Albert wants vengeance.
During the course of the book, we discover various secrets which sees the illusion of Glass family unity finally fragmenting. We see the cruel depths to which Danny will sink to establish his empire for once and for all. We see the impetuousness of youth and the consequences of disregarding caution and sound advice. We see the accommodations and the sacrificing of principles that the corrupt are willing to make, in order to stay protected and in comfort. We get confirmation that some families, just aren't cut out for happy.
Along the way we rub shoulders with betrayal, secrets, disfunctional families, corruption, criminality, nightclubs, bars, old-fashioned patriotism, surveillance, mistrust, theft, sex, romance, date rape, estrangement, kidnap, arson, hitters-for-hire, loss, social media, deaths - multiple - both main players and the innocent as collateral damage and a final reckoning, involving a bit of torture and a new dawn with a new alliance - a sort of a last men standing moment.
Best book ever? No, but I had a good time reading it. Plenty of twists and reveals, not too many whiter than white Mother Teresa types, but I'm quite happy when reading unlikable characters. They're a lot more interesting. That said our main focus, Luke has a sense of right and wrong and some moral fibre. He's just caught up in a situation not entirely of his own making. He's not a total innocent either.
Overall 4 from 5 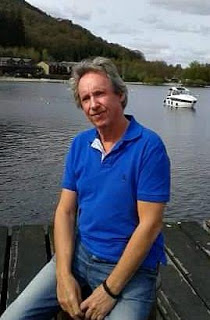