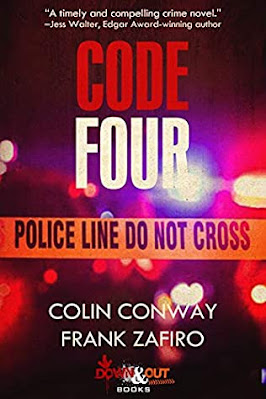 Synopsis/blurb.....
The last two years have been tumultuous ones for the Spokane Police Department. On the surface, the agency has suffered from scandal and police officer deaths. Underneath, a secret and deadly game of cat and mouse has played out.
Now the Department of Justice has sent investigators to determine if federal intervention is needed. Their presence disrupts everyone’s agenda and threatens to expose dark secrets. Goals shift from winning situations to simply surviving.
Not everyone will.
In this tense and explosive final installment of the Tyler Garrett saga, everyone’s true nature is laid bare. Garrett scrambles to maintain what he has built. Chief Baumgartner tries to protect his department. Captain Farrell’s plans crumble around him, and Officer Ray Zielinski’s career is at risk. Meanwhile, DOJ supervisor Édelie Durand diligently follows the facts where they lead. And through it all, the unflappable Detective Clint keeps his eyes firmly on the prize—Officer Tyler Garrett.
Best til last, with an absolute banger from Colin Conway and Frank Zafiro to close out their four book Charlie 316 series.
Policing, corruption, undercover investigations, murder, suspicion, career jostling, professional rivalries and jealousy, surveillance, stakeouts, suspensions and just to put the cat among the pigeons a Department of Justice visit to see whether the Spokane PD is running a tight ship. A red flag has been run up because of events from the past couple of years - a couple of high profile shootings and a dead cop in addition to some bad press coverage. Some chickens are definitely coming home to roost.
I think what I liked most about this one was seeing a more rounded Honey Badger aka Wardell Clint, setting aside the chip on his shoulder and embracing an element of "team playing" in trying to bring Tyler Garrett to book. Clint has always been enigmatic, interesting, very prickly and a huge pain in the arse. Here, he dials down the attitude a notch and he's more successful because of it. His new charisma implant, doesn't go unnoticed by the other officers he interacts with.
It's also interesting getting a fly on the wall view of a large organisation, long used to self-regulation and limited external oversight, suddenly panicked when a bigger, more authoritative body starts sniffing around and dissecting its actions, culture and decision-making.
I think this series and this book in particular had a bit of everything ..... pace, a decent story - with a compelling over-riding ARC, intriguing characters, massive conflict and a resolution. I usually gravitate towards books where an outlaw or law-breaker gets up to mischief. It's fun when those strands are enacted by some of those that the community looks to protect and serve them.

5 from 5
The prevous three books in the series are Charlie 316, Never the Crime and Badge Heavy. Its a series well worth reading in my opinion. 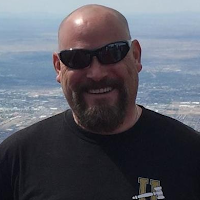