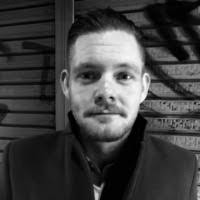 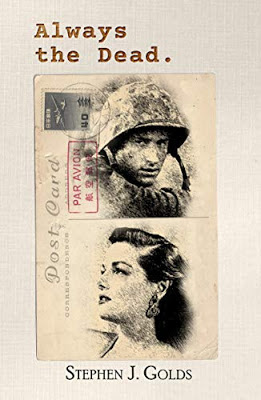 Stephen was kind enough to submit to a bit of gentle questioning about his reading and writing habits....

I’m guessing the book writing’s maybe not full time? If not, what’s the day job and can you give us a quick biography of yourself?

Sure, thanks a lot.

I’m an English teacher here in Japan. Originally from North London, U.K. Teach at a university and a high school. Been living here for the last 14 years almost. I have two daughters who I couldn’t live a day without. I speak Japanese like Borat speaks English. Love traveling, boxing, collecting old LPs, books and antique clocks and lighters.

I’m currently reading* your latest offering – Always the Dead which drops soon* – published by Close To The Bone.  Can you pitch it to a potential reader in 50 words or less?

*Done and dusted now and it was released yesterday. 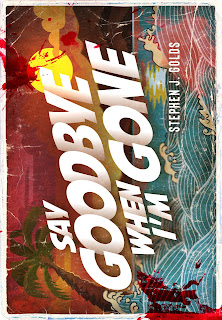 A WW2 veteran/mob hitman on his last legs looking for redemption and love in 1940s California. Semi-fictional, Hollywood noir. Tuberculosis. World War 2. The Mob. Dark. Real.  Not for people who like their crime fiction cosy and comfortable. Put my heart and soul into writing it.

You’ve not long had Say Goodbye When I’m Gone drop (Red Dog Press) as well as a poetry collection – Poems for Ghosts in Empty Tenement Windows I Thought I Saw Once. Which one would you press into the hands of a new reader?

That’s a really tough question. I’m not sure how to answer. It’s like Sophie’s Choice. I think I would have to go with the prose as not a lot of people are fans of poetry, especially poetry in the style that I write it. I try to write prose as poetically as I can so maybe if they liked my prose they’d go and try my poetry out anyway.

Yes, I can. It was a poem that I had published when I was 19 years old in an indie magazine called Zygote in My Coffee. Edited by a great guy called Brian Fuggett. He was one of the first ever people to believe in and champion my work and I’ll always appreciated him. Haven’t spoken to him in years because I’m not on social media but Zygote was a really great magazine and I’m still proud that I cut my poetry teeth there. 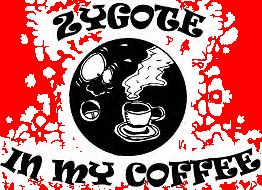 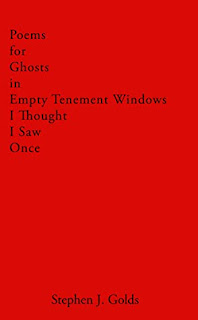 That’s another tough question. I’d say that, for me personally, it depends what it is that I want to say.
Choose the right tool for the job as they say. Usually I write what I want and stop when it’s done. It might end up as a piece of flash fiction or it might end up as a novel. I don’t really think too much about it before I start writing.

I would say my favorite genre to read and write in is Dirty Realism. It’s the main reason that I started writing in the first place. It’s just coincidence that my stories and novels lean towards crime. I’d like to say they’re more character studies about desperate people in desperate situations.

No, not at all. I write when I feel like it. Though I do like writing in the early hours of the morning when I can’t sleep because I find that’s when my work is the moodiest.

No, I’ve never done that. But, in all of my protagonists there are some fingerprints of myself. Parts of me. I think a lot of writers write the kind of protagonist they fantasize they could be, whereas I’m the opposite. I write protagonists that I’m scared of becoming.

I’m not a plotter. I write on the fly. But while I am writing I make the story into a movie inside my head. I obsessionally think about it. Imagine famous actors playing the roles. When I’ve got a good scene acted out in my head I’ll go home and write what it is I’m seeing in my mind. Maybe that’s why so many people have compared Say Goodbye and Always the Dead to movies.

No, and there never should be. If I don’t agree with something or if it might upset me I don’t read it, or I stop reading it. If something is well written, thought provoking it should be published 100% whether I agree with or not. That’s a hill I will always choose to die on.

How long from conception to completion did Always the Dead take? Was it a smooth process or were there many bumps in the road along the way?

Always the Dead flowed out of me. I had the first draft done after around two months believe it or not. I was writing like a demon for most of 2020. Wrote two novels, a novella, twenty five short stories and over one hundred and fifty poems.

It actually came out exactly as I had hoped. And I’m very proud of everything I’ve had published thus far. Hopefully my muse will keep me writing throughout 2021 and 2022.

There is. A pitch black semi-autobiographical, comedy/crime novella titled The Piece of Shit. It will probably stay at the bottom of the drawer as I doubt anyone would publish it.

Finishing off my third novel now. It’s a prequel to Say Goodbye and Always the Dead, about  a corrupt 1940s vice detective struggling with OCD, trying to forget a rough childhood, and losing his grip, slipping into a violent mental breakdown during a very bad week triggered by a photograph in a newspaper.

It’s extremely therapeutic for me. To be frank, writing saved my life.

The self-doubt that crawls at the back of your mind constantly. 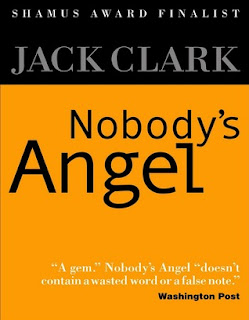 One is a Lonely Number by Bruce Elliot

The Ghosts of Eden Park by Karen Abbott

Rock and a Hard Place issue 4

All excellent and highly recommended. 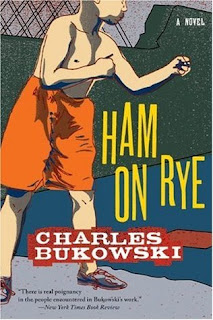 It would be a toss up between One Flew Over the Cuckoos Nest by Kesey or Ham on Rye by Bukowski. They’re both deeply moving and beautiful books that inspire me a little more every time I read them.

Traveling. I love to getaway and lose myself in strange cities. Hanoi has been one of my favorite places in Asia so far. Spectacular place with so much character and beauty.   If I’m not traveling, or writing, I’m in the boxing gym. Nothing puts things in perspective more than getting punched in the face. Repeatedly.

It didn’t really rock me, but last week I watched the sequel to The Shining which is one of my favorite movies of all time. I really liked what they did with the story linking it so closely to the first Kubrick movie, a lot more than King did with the novel. 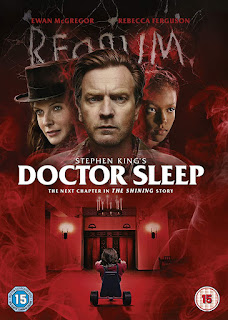 The last movie to really rock me was Joker. I loved it. It said so much about today’s current society and was a really important movie in my opinion.

TV addict or not? What’s the must watch show in the Golds household? 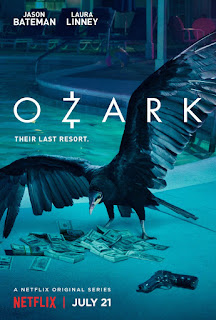 I don’t really watch all that much television. The most watched show is probably Ozark at the moment. Rewatching series two right now. I love the Snells. Really enjoy The Sopranos, Narcos, Family Guy and The Twilight Zone has been on a lot in my house recently. 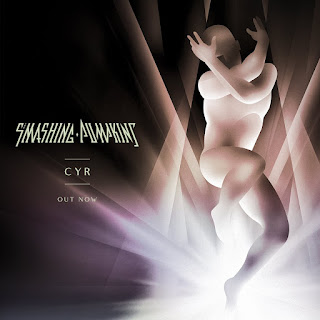 Onion? I like to cry while I eat vegetables.

With boxing gloves on, today. A light sparring match.

Last actual fist fight was in August, only lasted about twenty seconds outside a railway station in the very early hours of the morning. Surprisingly it was a fellow British guy. Started in on me for no reason at all. Unfortunately for him I was happy to oblige because I’d been practicing a 5 punch combo in the gym for the last 3 weeks and wanted to try it out on someone other than a sparring partner. 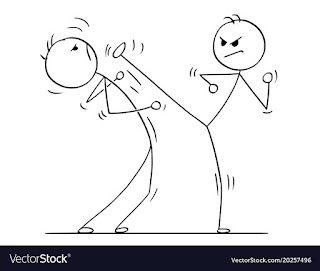 Too many times, embarrassingly. Once the bouncers threw me off the premises of a club in Osaka and then kindly called an ambulance for me. Which was thoughtful of them.

I have many. Tattoos are a big interest and pleasure of mine.

Getting work done is like acupuncture for me. And because of my OCD I don’t like to have any gaps. The patches of emptiness really grate on me and I obsess over them and breathe a sigh of relief when they’re finally filled in.

Stinky the Hamster. I wasn’t the most creative child.

The one that put me in the hospital with serious food poisoning when I lived in Hong Kong.

Answering a question about my irrational fears.

Okinawa. I love everything about the place. Everything. Try to spend as much of my time there as possible. It’s like Hawaii. 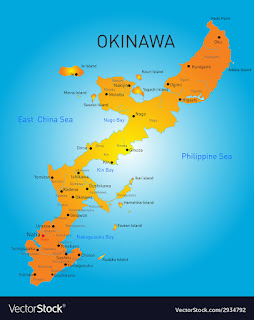 I told my boss I needed the day off because I was sick but actually was just hungover.

Saying that though, I hate liars and try my best not to lie to people I care about a lot.

Life’s too short for BS.

Always the Dead dropped yesterday. It's well worth a look in my opinion. 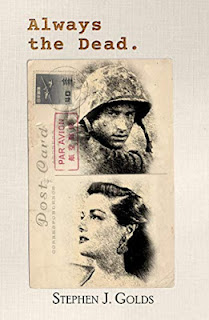 Scott Kelly is a World War Two Marine veteran and mob hitman confined to a Tuberculosis sanatorium suffering from consumption, flashbacks and nightmares from his experiences of The Battle of Okinawa and a botched hit for Bugsy Siegel.

When his movie actress girlfriend disappears, he bribes his way out of the sanatorium to search for her.

What follows is a frantic search, a manic murder spree, stolen contraband, and a briefcase full of cash.

A story that stretches from the war torn beaches of Okinawa, all the way to the playground of the rich and famous, Palm Springs, California.

An exploration into the depths of L.A crime, PTSD and twisted love.

A semi-fictional novel based around the disappearance of Jean Spangler.